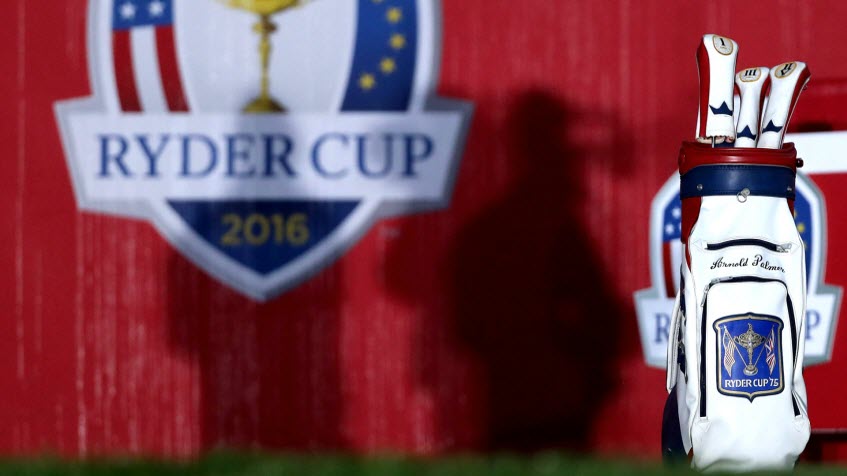 1. Golf in the Olympics!

Most of the big PGA players stayed away, and reaction to the golf competition in Rio De Janeiro was lukewarm, but this was the biggest moment in golf in 2016! Why? Because the Olympics are a big deal! They were the first gold medals handed out in the sport in 112 years! The golf “experiment” has already been extended past the Tokyo games in 2020 to the 2024 Olympics. Olympic golf may turn out to be a bust, or it may catch fire but either way, the arc of history will always begin with the 2016 Rio games, where American Matt Kuchar earned a Bronze medal.

2. Dustin Johnson’s ball moved on the 5th green at Oakmont in the final round of the U.S. Open

Did Dustin Johnson cause the ball to move, or didn’t he? The official on the scene didn’t think so, and neither did the competitors. While USGA officials staring into television monitors weren’t so sure. Therefore, they cast a bureaucratic pall over their biggest event, eventually penalizing Johnson AFTER his round was finished. It was a horrible look for golf and confirmed the fuddy-duddy image that sports fans who watch only the U.S. Open and Masters each year hold about the game. Since then the USGA and Royal & Ancient have already eliminated the silly rule and have given indications there may be more commonsensical changes to come.

Yes, it was fantastic that Johnson overcame the USGA suits and super that he dispatched his demons from the 18th green at Chambers Bay, a year earlier, but his U.S. Open win may be looked on in the future as the launching pad for one of the game’s all-time greats. As he kicks off his thirties, no top player was more consistent than Dustin Johnson, and he easily won Player of the Year laurels. In ten years’ time, he may have to count his major titles on two hands.

4. Jordan Spieth missed a putt for six and made seven on the par-three 12th at Augusta in the final round of the Masters

Speaking of counting major titles, 2015 Player of the Year, Jordan Spieth, was rolling along through 63 holes of this year’s Masters Tournament looking like a sure bet to capture his third major in five outings. Golf’s new golden boy might go on to break Jack Nicklaus’ record of 18 majors before he was 30. Then “a stock 9-iron” ended up in Rae’s Creek. Along with a pitch from the drop area. Spieth did not win the Masters and did not contend in any of the next three majors. By the end of the year, the 23-year old Texan had tumbled to World Number 5. He gave himself a “B+” for 2016; most golf fans would probably not be so generous.

Spieth was not alone among the big names in going winless in the majors. At the beginning of 2016, the golf world was abuzz with the possibility of a Big Three for a new generation with Spieth, Rory McIlroy and Jason Day playing the roles of Palmer, Player, and Nicklaus. As 2017 dawns, the case can be made that if there is a Big Three in golf, it may just be Dustin Johnson, Hideki Matsuyama and Henrik Stenson. 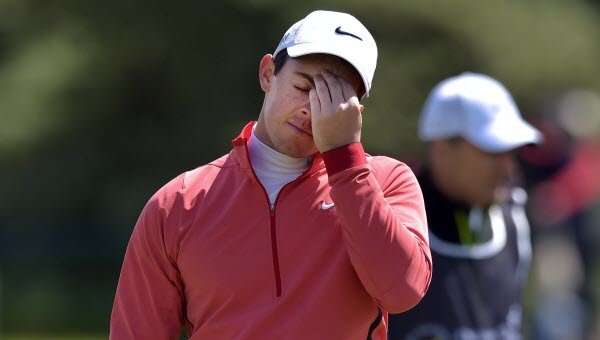 Rory McIlroy Struggled in 2016 for the Most Part, image: latimes.com

That was how good the final round confrontation between Henrik Stenson and Phil Mickelson at Royal Troon was in the Open Championship. The two players had outpaced every other golfer in the field by double digits before the 40-year old Henrik Stenson prevailed as Champion Golfer of the Year with a 63 to Mickelson’s 65. Boy, does Phil always seem to find a way to finish second in these things!+ 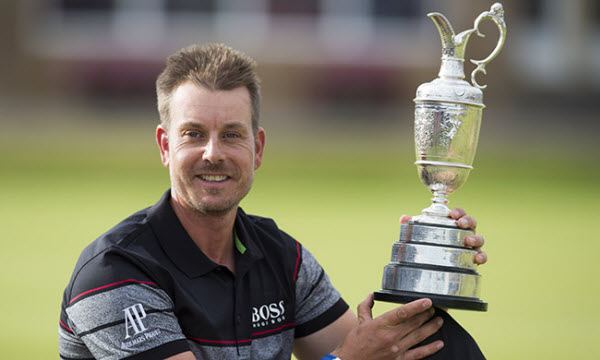 Henrick Stenson after Winning The Open in 2016, image: pga.com

The Irish Open in 2016 was a routine stop on the European Tour. Until Rory McIlroy reached the 16th hole on the final day, trailing Scotsman Russell Knox by a stroke. After a perfect drive, McIlroy had 273 yards to a pin guarded by water front and right. He flew his fairway wood to the middle of the green and made easy birdie. On par-five 18th he pulled out the three-wood again and spanked it to a foot for eagle. The victory was McIlroy’s first of the year and announced his return to top level golf. He went on to roar through the Fed-Ex Cup playoffs at the end of the year and climb back to World Number 2.

8. Brittany Lang winning the U.S. Women’s Open in a playoff with Anne Nordqvist at CordeValle

Lang’s win was the only one for an American woman on American soil in 2016 – for the year only two of the 34 LPGA events were won by Americans. And it is not just South Korea that is dominating women’s golf these days; women from 10 different countries other than the United States won in 2016. There are no Americans in the World Top 10 at 2017 begins. The LPGA has announced a record number of events with a record total purse for 2017 and touts the health of its “international” tour, but nothing makes the average American sports fan’s blood run cold faster than the word “international.” This year could just be an anomaly or a tipping point that sends the LPGA careening into complete irrelevancy on the American sports calendar.

9. Arnold Palmer’s golf bag on the first tee at the Ryder Cup

Golf’s greatest figure passed on at the age of 87 a week before the Ryder Cup at Hazeltine. The Ryder Cup belonged to Arnold Palmer for decades and his bag from the 1975 Ryder Cup stood by the side of the tee as a memorial. Then the Americans went out and returned the hardware to American soil. 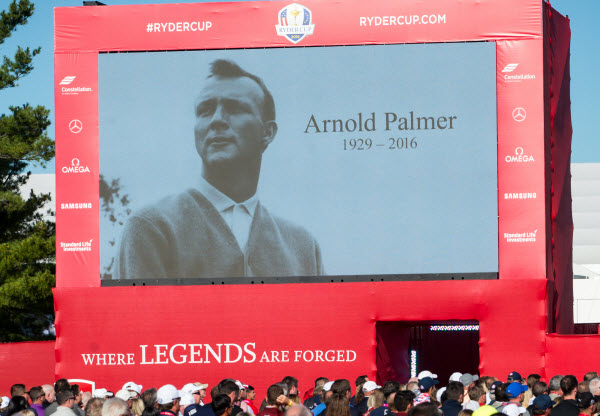 10. Tiger Woods shoots 65 in the second round of the Hero World Challenge

Yes, he can still play! This may turn out to be the biggest moment in golf in 2016.