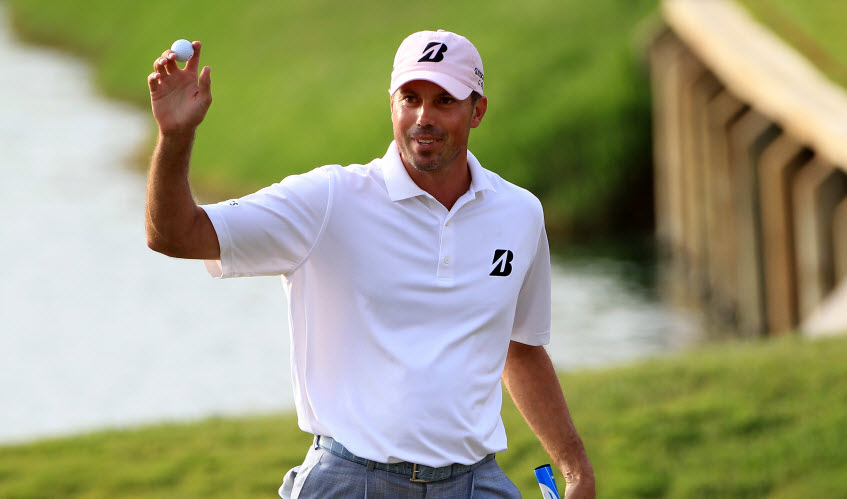 Matt Kuchar didn’t win a golf tournament during the 2016 season but you would have a hard time convincing him that anyone had a better year on the course. There was a scintillating final round 63 on the Olympic Golf Course in Rio de Janeiro that earned him a bronze medal for America, and Kuchar’s joyous reaction was probably the sport’s best evidence for remaining an Olympic sport. Then Kuchar contributed two points to the American team total in returning the Ryder Cup to the United States for the first time this decade.

In many ways, the 2016 campaign was akin to Kuchar’s career writ large. The Tour wins come infrequently – the last one was more than 30 months ago at the RBC Heritage on Hilton Head – but no one gets more enjoyment out of his life as a professional golfer than Matt Kuchar.

Matthew Gregory Kuchar was raised a Florida boy; the son of tennis-playing parents. His father Peter was once the number one ranked 35-and-over doubles player in the Sunshine State, and young Matt first wanted to be a tennis pro. Then as he filled out to 6’4″, basketball was his passion. When he started playing golf at the age of 11, the family upgraded its membership at Heathrow Country Club from tennis-only to golf. Slowly, the other sports retreated in importance and golf became his number one.

High school honors followed and then a two-time All-America golf career at Georgia Tech. At the 1997 United States’ Amateur Championship at Chicago’s Cog Hill Golf Course, Kuchar raced out to a 7-up lead against Joel Kribel of Stanford and held on to win 2-up. 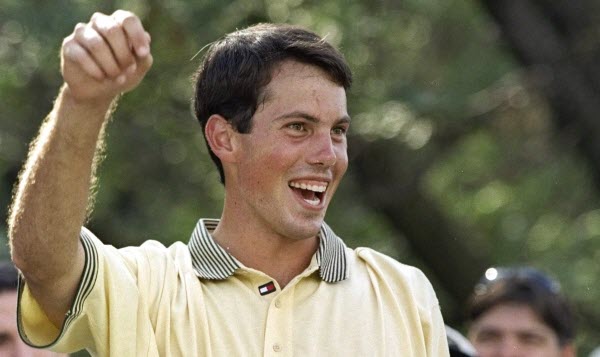 The victory earned him an exemption into the 1998 Masters where he shot even par to finish 21st as low amateur, and the U.S. Open where he was again low amateur and finished 14th. At that year’s U.S. Amateur at Oak Hill in Rochester, Kuchar met the reigning British Amateur champion, Sergio Garcia. Garcia prevailed 2 and 1, but it wasn’t hard to imagine a professional major title in both players’ futures.

So far, that prediction has not come true. Kuchar raced onto the PGA Tour and quickly pocketed a second-place finish and a third, and he won his first tournament in 2002 at the Honda Classic before his 24th birthday. But the good times abruptly stopped rolling. The next three years saw only two Top 10 finishes in 72 events, and instead of ascending to the top of the sport, Kuchar lost his Tour card.

Kuchar may have been relegated to the minor leagues but he never lost his good-natured even temperament on the Nationwide Tour. He worked with swing coach Chris O’Connell to build a more reliable swing week in and week out. The payoff came late in 2009 when Kuchar outlasted Vaughn Taylor with a par on the sixth hole of a Turning Stone Resort Championship playoff. It was about as obscure an event as can be found on the PGA Tour, but after seven lean years, the golf world rediscovered Matt Kuchar.

The following year Kuchar won again at The Barclays, and led the Tour in earnings with $4.9 million. He also won the Vardon Trophy with a Tour-low scoring average of 69.43. Kuchar made the 2010 Ryder Cup team and has been a mainstay in international competition ever since.

Kuchar still hasn’t become the threat in major competitions that his arrival on golf’s stage once promised – just seven Top 10 finishes – but he has emerged as the game’s most consistent performer. In his 170 events this decade, Kuchar has missed only 10 cuts. In 65 of those tournaments, he has finished in the Top 10. Some may quibble that there have only been five trips to the winner’s circle out of those 65 for one of the game’s top players, but Matt Kuchar would not be one of them.