Recap of Tiger’s Return: What Did We Learn? 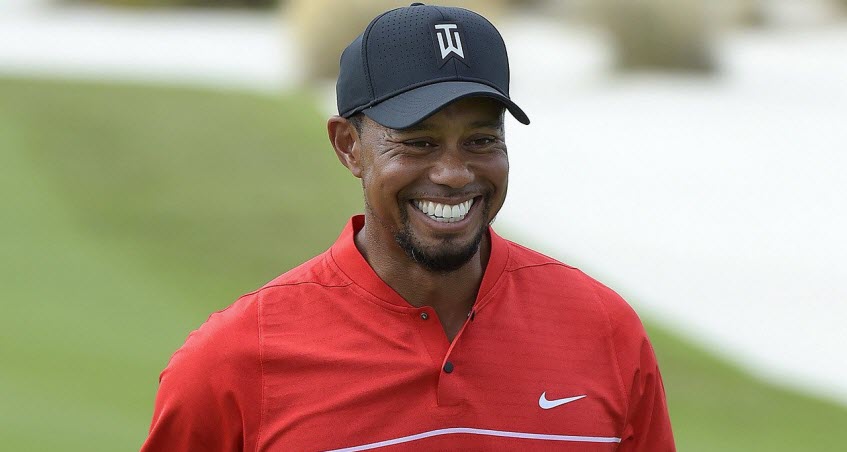 There was a lot to smile about. The game’s most transcendent star, Tiger Woods, returned to the rigors of professional golf last weekend at the Hero World Challenge after a 466-day absence in what was essentially a referendum on his future. Like almost everything related to the biggest – and most dissected – personality in golf, Woods’ uneven performance left plenty for both the most optimistic of his fans and the most pessimistic to hang their opinions on.

Always Look on the Bright Side of Life

There was a familiar sight from the past two years on Friday afternoon in the Tiger Woods group – a retirement from the day’s play due to a back injury. Although this time it was Olympic gold medal winner Justin Rose who was the afflicted, not Woods, who is carrying the scars of three back surgeries in the past 18 months. As Woods’ caddie, Joe LaCava, said matter-of-factly, “My man is still standing after walking 90 holes (including the pro-am) in five days, and that was the main goal.”

There were no grimaces after hard swings, no pain-lessening swing adjustments, no reports of post-round discomfort from the Woods camp. He took his time returning to the game this time and it appeared that Tiger Woods is, in fact, healthy. After the tournament, there was even talk of a full schedule in 2017, a far cry from this time last year when Woods was holding press conferences about a possible return and dropping in the disturbing scenario of not even being able to get out of bed.

No player in the field made more birdies over the four-day grind than Tiger Woods – take that supposed rust. Tournaments on easy tracks like the resort course at Albany Golf Club where the winning score is usually 24 under par are normally not Tiger’s thing. While in the Bahamas, Woods came out firing, making birdies early and often, aided by a return to his fabled Scotty Cameron putter which had been mothballed during a contractually-enforced obligation to play Nike clubs. Not only were birdie putts dropping but also the tough par putts that were once a Woods trademark.

There was a flawless 65 in the second round that was vintage Woods. He was shaping ball flights, controlling trajectory, grinding when he had to. That is the performance that will stay with golf fans as the 2016 golf season dissolves. Woods can clearly still play golf as he gets ready to celebrate his 41st birthday and he has given die-hard believers every hope that he can not only contend, but also win again.

Over the Silver Lining, There is a Dark Cloud

Of course, naysayers will point to the fact that the Woods comeback was contested with a short field of 18 players (17 after Rose left), the galleries were tiny and polite; there was no cut and he still finished in 15th place. Scores do matter in professional golf.

Aside from his physical health, the biggest question marks swirling about Woods’ return involve his mental state. There was a different Tiger Woods on display in the Hero Challenge. He seemed more congenial, willing to engage with his playing partners and less likely to want to rip out their hearts and smack them down the fairway with a 2-iron stinger. How will this “new” Woods fare as he strides across the current landscape of professional golf? The doubters will point out that a softer-edged Tiger will be less inclined to want to keep on playing when winning is not imminently achievable.

Woods jumped 250 spots from his World Number ranking of 898 (he would have moved about 150 just by shooting 300), and he will continue to make giant leaps when he returns, most likely in late January. If he isn’t haunting the top of those world rankings come Masters and U.S. Open time in 2017, it is hard to imagine him staying energized. Woods has already been named a co-captain for next year’s President’s Cup team. His goal is to be a playing captain, and the results of that pursuit will likely define what we see of Tiger Woods in his forties.

Flying Way Under the Golfing Radar

A Tiger Woods appearance at a golf tournament always sucks all the air out of the event (television ratings were only up about 200 percent for the Hero World Challenge). Therefore it almost went unnoticed that Hideki Matsuyama built a seven-stroke lead and coasted to his fourth win in five worldwide events.