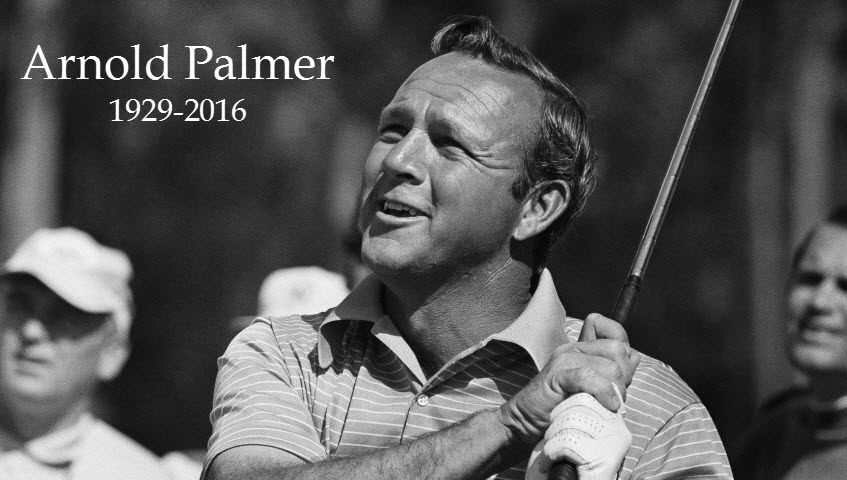 In 1969, on a fall day in Traverse City, Michigan, Arnold Palmer served as a pallbearer in the funeral of Walter Hagen. Earlier, at a testimonial tribute for the legendary golfer and bon vivant, Palmer had said, “The biggest thrill I got when I set a British Open record of 276 strokes at Troon (1962), was to have Walter Hagen phone me from Traverse City to congratulate me. I didn’t even know The Haig knew I was alive until then. If it were not for you, Walter, this dinner would be downstairs in the pro shop and not in the ballroom.”

In carrying golf beyond the course to the purview of the common man, Palmer picked up the baton from Hagen and carried it to heights previously unimagined. Hagen was said to be the first athlete to earn $1,000,000 in a year during a time when first place checks from tournaments barely scraped into four figures. Palmer, when he died this past September 25th at the age of 87, was said to be worth $675 million. Of those millions however, his total career earnings on the PGA Tour were only $1,861,857, which shows you just what happens when you transcend your sport. These days, young people order an Arnold Palmer drink and don’t even know he was a golfer.

Unlikely Ascent to the Throne

Arnold Palmer didn’t come to the national golf stage from central casting. Yes, he had a country club background but it was from cutting the grass to help out his greenskeeper father, not from attending cotillions. His father, Deacon, was given the job of professional at Latrobe Country Club in addition to his maintenance duties during the Great Depression because it was cheaper than paying two people for the two jobs.

Arnold Palmer was, however, sent to the brand new golf telecasts from central casting. He was handsome, dripped charisma, and played a daring style of golf that attracted the masses. He was the ideal messenger for golf in the blossoming age of television. And he could play – Palmer’s record in the first half of the 1960s stands up against all but a scant few five-year stretches in golf history. 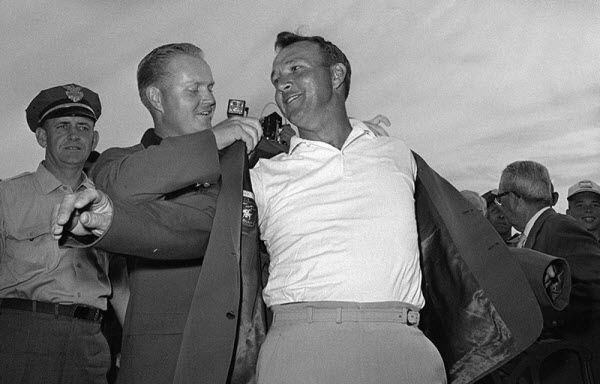 Palmer and Golf Are Inseparable

Palmer’s rapport with his fans – Arnie’s Army – was legendary. He probably signed more autographs than anyone in history and each one perfectly legible. It’s nigh impossible to walk into any clubhouse in America and not find at least one person who has a personal Arnold Palmer story. If fortunes were built with friendships instead of dollars, Palmer would still be the wealthiest figure in golf.

He built the greatest legacy the game is likely to ever see but there is one enduring trait in his canon that rises above all else – Arnold Palmer LOVED to play golf. And when we say love, we mean not just garden variety love of golf. Jack Nicklaus loves golf, but it’s easy to imagine if he was 60 yards shorter off the tee and six inches taller he would have been at Ohio State shooting hoops instead of blasting drives. In later years, if Jack had an afternoon free it would end up being spent on the tennis court. Was there ever any doubt where Arnold would be with a few hours of free time? On the golf course, or in his workshop tinkering with his hundreds of clubs. With the sad passing of The King, it’s hard to imagine his version of heaven being anything other than that.