The 2016 Open Championship: A Recap 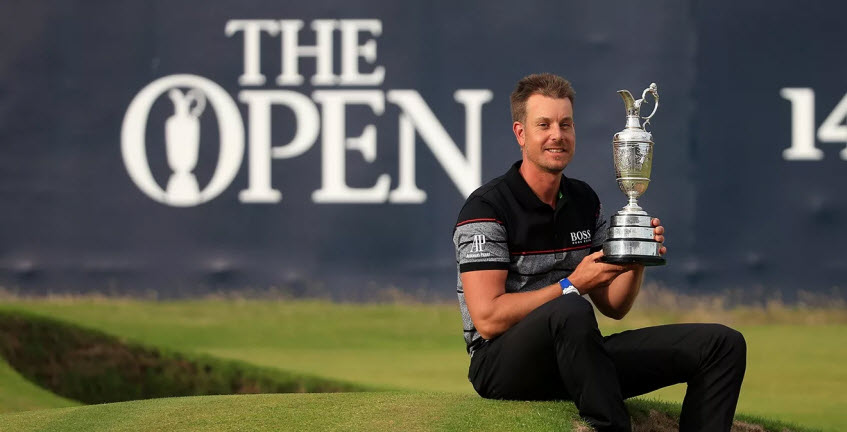 The 6th hole at Royal Troon Old Course is named “Turnberry” because at this point on the links golfers can look down the seacoast and see the mustard-topped Turnberry Lighthouse. The historic light was erected in 1873 and 104 years later stood silent witness to the celebrated “Duel in the Sun” when Tom Watson wrestled the Open Championship from Jack Nicklaus on the Ailsa Course of Turnberry Golf Club. This year, the 79-foot high sentinel looked out as Henrik Stenson got the measure of Phil Mickelson on Open Sunday, giving this generation of golf fans its own never-to-be-forgotten, one-on-one historic battle. Add that to the list of historic British Open moments.

Back in 1977 Hubert Green, who finished in third place 11 strokes behind Watson, said, “I won the golf tournament. I don’t know what game those other two guys were playing.” There were plenty of variations on that theme at the 2016 Troon Open as J.B. Holmes finished one-stroke clear of the pack at six-under par. But he was 11 strokes behind Mickelson and 14 back of Stenson, who became the first player to finish at 20 under par in a major championship and the 29th to sign for a 63 in a major round. The 40-year old Swede became the first player since Johnny Miller in 1973 to shoot that 63 in a closing round victory.

How They Got There

Even before that tasty finish, Troon in 2016 served up most of what fans look for in an Open Championship. 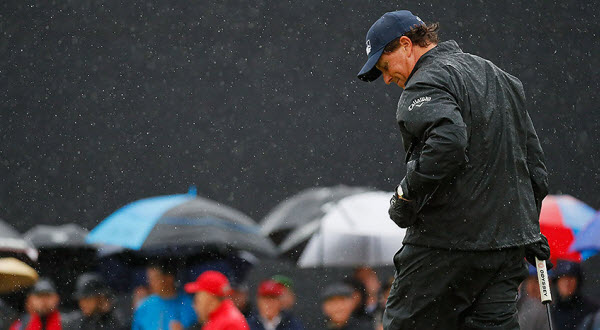 Competition-wise, all ten of the top players in the world made the cut, but almost from the beginning the tournament proved to be a two-man race between World No. 19 Mickelson and World No. 5 Stenson, both spokesmen for Callaway Golf. This year, the weather gods favored the Thursday-late and Friday-early draw which featured Mickelson and Stenson. Lefty came close to wiping all those 63s from the record book at the 18th green on Thursday, and led by three after the first round. Stenson shot his career best round in a major, a 65, to pull within a stroke after Friday. After that, the tournament was match play.

Stenson played the steadier golf on a bone-chilling Saturday to take a one-stroke lead after 54 holes. Mickelson, as is his wont, pieced together a thrilling one-under par 70 that was the mirror-image of the “stress-free” golf he had played the first two days. Even the 2-irons he was using for safety bounced off gorse branches at times.

On Sunday, Mickelson wasn’t nearly as erratic. He played bogey-free golf (he only made four bogies in the tournament) and fired a six-under par 65. His final total of 267 would have won all but three of the 145 Open Championships thus far contested, and unfortunately one of those was 2016.

Mickelson now has 11 runner-up finishes in majors, second only to Nicklaus and his 19 silver medals. Lefty has lost just about every way possible and now he can add “played his best golf” to that list. He’s 46 years old now and still hasn’t won a tournament since the Open Championship in 2013, but at no time did this feel like a last gasp for his golfing life. It just didn’t result in another signature celebration like he experienced in Muirfield 3 years ago. 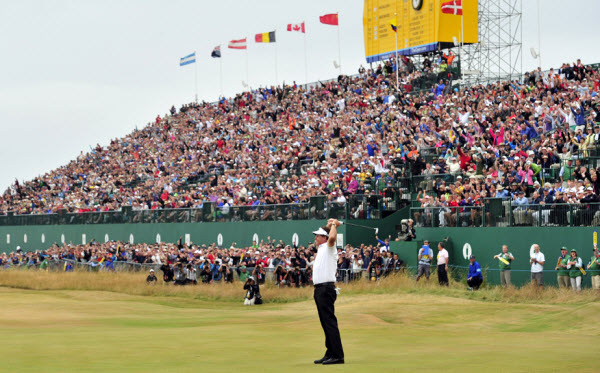 The Champion Golfer of the Year

Henrik Stenson, on the other hand, seemed like he was acknowledging the fast fading twilight of his career at the age of 40, as he had won a Player’s Championship and a FedEx Cup, but no major championship. Up until now, Stenson was a card-carrying member of the “Great Ball-Strikers That Never Seem to Make Enough Putts” club.

On Sunday all those tantalizing misses in the past were accounted for. Stenson poured in 10 birdies when they mattered most, including a couple of cross-country efforts. He putted for birdie on every hole and his 63 included a pair of three-whacks from long distance. In its “long-time-coming” feel, Stenson’s win had much in common with everything coming together for Dustin Johnson at last month’s U.S. Open. Now the top six players in the world have all won majors since 2014. Good luck picking a favorite for the upcoming PGA Championship.