Standout Moments from the 2015 Masters 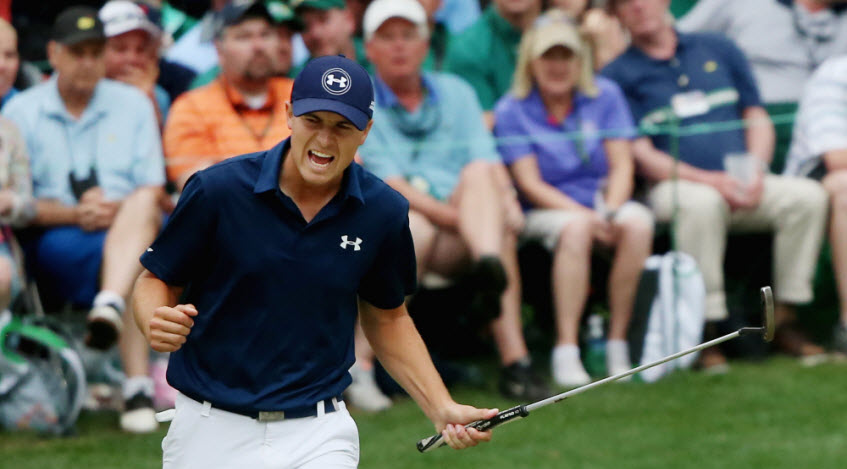 From chasing Jordan to Tiger’s turnaround, the 2015 Masters provided golf fans with the thrill and excitement that only the fairways of Augusta National can bring.

This year’s event belonged to none other than Jordan Spieth, the 21-year-old Texas sensation that has led a new generation of golf pros into the spotlight in sophisticated form, capturing the attention of fans and audiences both young and old. Jordan’s four-day stint in Augusta shattered long held records by some of golf’s most prestigious players, all while demonstrating to the world an unwavering professional performance.

Of course, the current Masters champion wasn’t the only shining star during last week’s event, as other players including Phil Mickelson, Justin Rose and Tiger Woods fought for leftover limelight through the tournament.

These are some of our favorite moments to come out of Augusta National Golf Club during this year’s Masters tournament.

The most exciting day of the Masters is by far the final round. The Sunday finale wraps up in epic form, four long days of tense competition between the best golfers in the world. It’s where the dreams of every pro golfer can be realized or shattered with one incredible putter stroke or a single shank into the trees.

Other Highlights from Tea Olive to Holly

Everyone may be talking about the man of the hour, Jordan Spieth, but there was plenty of excitement elsewhere on the course at Augusta National during the first major tournament of the year.

Jimmy Walker may have finished the week with a 1-over 289, but he still took home the title for the most insane shot of the tournament. Walker’s shot from the bunker onto the 4th hole green during Sunday’s event took the long way around before sweeping into the hole for birdie. Check it out here.

Phil Mickelson also retained his title as the best runner-up in professional golf, sharing the second-place tie with Justin Rose at 14-under for the tournament. Interestingly enough, in the 79 years the Masters tournament has been played, Rose’s and Mickelson’s scores would have been good enough to win 74 of them.

That would certainly make most pros feel better about their performance, but when it comes to chasing a kid that’s been determined to take the Masters since he was a teenager, 14-under just isn’t good enough.