Is Golf Really All About the Attitude? 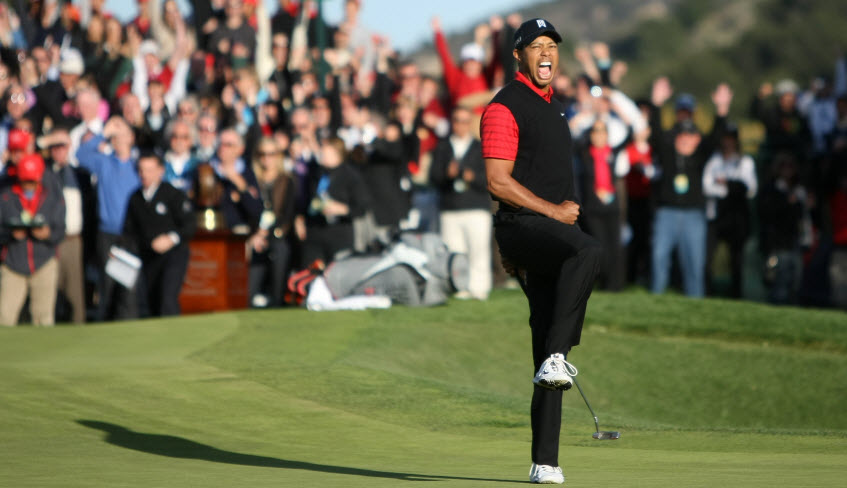 “Competitive golf is played mainly on a five-and-a-half-inch course… the space between your ears.” So said Bobby Jones back in the days when golfers were still using hickory sticks, rather than the metal drivers and irons stacked with the latest technology that are used today. Not much has changed in the decades since, and no one has managed that course over the course of a better decade like Tiger Woods. He not only mastered his own five-and-a-half-inch course but he dominated others as well.

In the prime of Woods’ career, many golfers were beaten before they even teed it up against the world’s greatest player. Many golfers now in their mid-to-late thirties who have enjoyed marvelous careers – Lee Westwood, Henrik Stenson, Sergio Garcia, and Adam Scott all spring to mind – likely will not see the door of the World Golf Hall of Fame swing open for them because they never carried that ‘can-do’ attitude into battles against Woods. Bringing a negative outlook to the course can sometimes be a self-fulfilling prophecy, and in the case of players up against Woods, it often turned out that way.

Out of the Shadow of Tiger Woods

The Nike Golf spokesperson’s influence has waned these days and you can see the difference in the attitudes of the young players coming on Tour. Rory McIlroy didn’t shirk from the pressure of being number one. He embraced it. When McIlroy gets on the lead he goes after it, resulting in 8-stroke wins in the U.S. Open and the PGA Championship. He wants the responsibility of being the player everyone is gunning to beat. 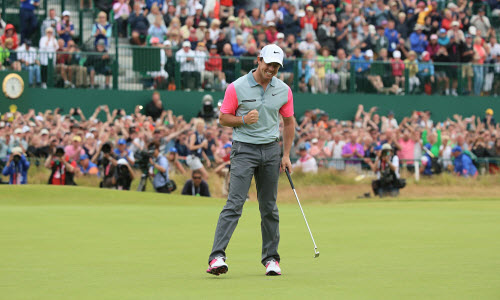 Young golfers attack the golf course with no fear, as demonstrated by Rickie Fowler’s birdie binges on the back nine to steal tournament wins this year. Another prime example is 28-year old Shane Lowry who had never won a PGA tournament, let alone a World Golf Championship, when he found himself leading the WGC-Bridgestone Invitational. Needing a par on the last hole to seal the victory, the heretofore-winless Lowry made birdie – using his wedge from the trees to set up an easy tap in.

Is that Good Old Fashioned Confidence or Something Else?

Sometimes a positive attitude is interpreted as cockiness, as is the case of 23-year old Patrick Reed; after winning the World Golf Championships event at Doral last year, he matter-of-factly declared, “I’m one of the top five players in the world.” Golf fans could be excused for wondering who exactly Patrick Reed was at the time since, up to that point he had never even teed it up in a major tournament. Reed was promptly handed the label “brash,” which he has been unable to shake a year later.

Of course, the poster child for a positive attitude (that doesn’t come across as arrogant) is Jordan Spieth. It was his poise and demeanor while going about his business on the golf course that caught the attention of long-time observers, even before his accomplishments demanded notice. Culminating in his runner-up finish at the PGA Championship, Spieth conquered golf on its biggest stages in just about every way possible: playing on a big lead at Augusta in the Masters, staying patient and making the fewest mistakes at Chambers Bay in the U.S. Open, and fighting off a sluggish start to come charging from off the lead at St. Andrews, only to finish one stroke shy in the Open Championship. As reported by those close to him, this ultimately left a “bad taste” in Spieth’s mouth, summarizing the attitude of young players on tours. 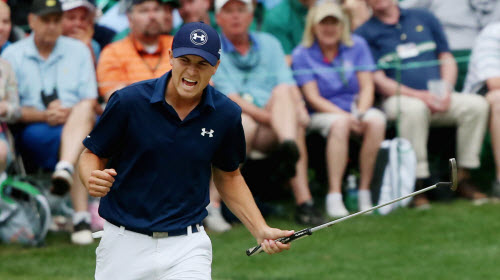 The golf world is still sorting itself out in the post Tiger Woods-era; what the landscape will look like in future years remains to be seen, but one thing is for certain: young golfers are no longer interested in playing for second place.