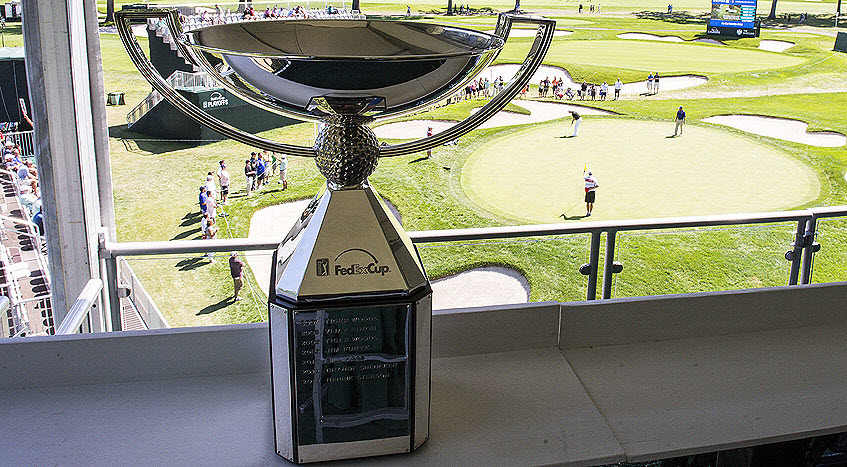 Ah, the FedEx Cup Playoffs.  No playoff system in the world of professional sports would be complete without its share of controversy, detractors and hecklers.  After all, isn’t that what sports are all about? The FedEx Cup is no exception, as it has many asking whether it is a positive or encumbrance for the overall sport.

Awarded for the first time in 2007, the FedEx Cup points system was the PGA’s answer to a playoff system for professional golf that would create more excitement for the game, especially after the four majors had ended. However, the Cup Playoffs didn’t get off to a smooth start, with PGA officials actually having to step in during the two subsequent years after the system’s introduction to make significant changes to the rules.

If you had a chance to speak with professional golfers, most of them would tell you that they’re lucky to call the game of golf their career. Australian golfer and Titleist golf ball user, Geoff Ogilvy, currently ranked 25th in the FedEx Cup points race, couldn’t agree more, and had this to say after the BMW Championship:

“No one wants to feel sorry for us, because this is an amazing thing we get to do. But if they want us to play our best in six or seven or eight of the biggest tournaments of the year in a 10-week stretch, it’s just too much.”

Other pro golfers share a similar sentiment, with no one being able to ignore the fact that one of the biggest names in golf, Phil Mickelson, gave a rather puzzling reason for pulling out:

“My primary goal is to rest and prepare for the Ryder Cup.”  Apparently ole Lefty and his Callaway golf balls are resting three weeks between tournaments these days.

What’s more, Tiger’s absence cannot be ignored and further adds to the argument that the series is not being taken seriously by the upper echelon of professional golf; of course Tiger’s health was a big reason as well. Whether or not you agree with the reasons that some of the best golfers in the world are giving for laying out of the FedEx Cup Playoffs, you have to start questioning the practicality of the series: If the biggest names in golf are too burnt out to perform, then what’s the point of having the playoffs to begin with?

Obviously, diehard golf fans are going to love the idea of following a four-week playoff series through four different tournaments to wrap up the summer and usher in the fall. However, the problem with the current schedule is the fact that many of the average fans needed to drive ratings during the final rounds of the playoffs are busy settling into the first weeks of football season.

And when many of the pros themselves can’t seem to get excited about the FedEx Cup Playoff Series, then why should the fans care? When the final tournament of the FedEx Cup Series competes with the kick-off of football season, football wins almost every time. And that’s not mentioning that the MLB season postseason is nearing, with teams jockeying back and forth for playoff spots.

Golf and the Playoffs: Is There Hope?

With reputable golfers growing weary of the current schedule that competing in the playoff series imposes, can we really expect the series to gain a larger following in the years to come?

Golf has always been a game of tradition, and while the creation of a playoff series should give golf fans something to cheer about, the truth is that it will take some time for the (relatively) new format to settle in.

Until then, you can always just pretend the series doesn’t exist while resting up for the Ryder Cup.