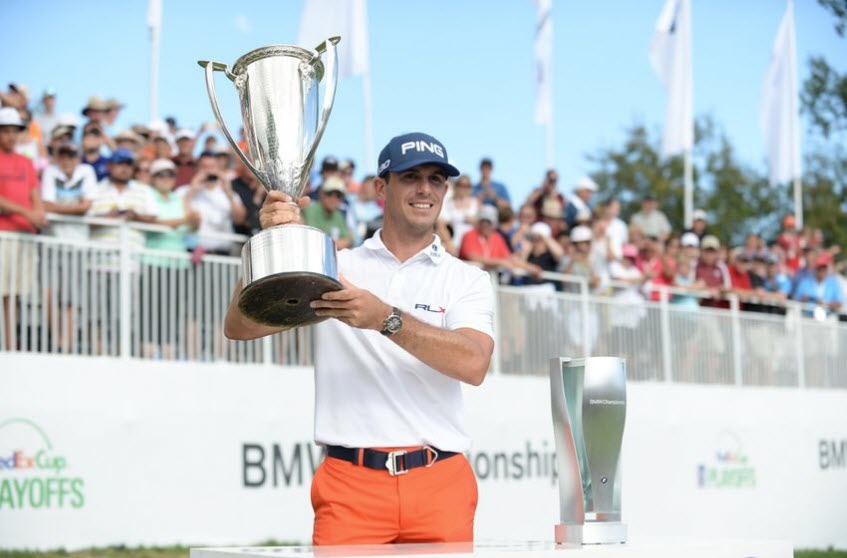 Sunday’s Round 4 of the BMW Championship marked the last round of the penultimate tournament in the 2014 FedEx Cup Playoffs. Like any other satisfying lead-up to a season finale, the exciting golf round in the shadows of the Rockies had its share of surprises.

Billy Horschel, the 27-year-old golfer hailing from Florida, gained widespread acclaim for his performance as he rallied off of a T2 finish at the Deutsche Bank Championship over the Labor Day weekend to win the third tournament of the 2014 FedEx Cup Playoffs. This was his 2nd career PGA Tour victory, propelling him and his Titleist golf balls towards the top of the leaderboards and ranking 2nd in FedEx Cup points ahead of the final tournament in the series.

At the other end of the course, Sergio Garcia, ranking 3rd in the world with 8 PGA Tour wins under his belt, let the pressure get to him, resulting in a mistake that the best golfers in the world could empathize with.

So what were the key differences between the two performances on the last leg of the 2014 BMW Championship?

The day was marked with a solid and consistent performance from the FootJoy golf shoes fan, who wrote the playbook for looking on the bright side when the golf gods decide to serve up last-minute bogies. In addressing his late-game blunder at the Deutsche Bank Championship on Labor Day, Horschel stated the following:

“I don’t dwell on things that are bad.  It rolls off my shoulders, [I’ve] got a thick skin . . . I look at the positive, I’m a positive guy.  The sooner you get over it, the sooner you can move on.”

With an attitude like that, the 27 year old has the right mindset for a lifetime of success, both on and off the course.

Sergio’s performance started out strong.  A chip shot at 35 yards, out of the rough and into the hole on the 7th granted the golfer his only eagle of the day.  Combined with 3 birdies to wrap up the first half of his scorecard, Garcia appeared to be a serious contender.

Unfortunately, the par-5 17th hole would be the Spanish golf pro’s undoing.  At 12-under par and within two strokes of the lead, Garcia bladed his TaylorMade Tour Preferred X golf balls across the green and into the drink on the other side, landing him a triple bogey at 9-under, as well as out of contention.

An interview posted on CBSSports.com gave further insight into what may have been the key factor in Garcia’s performance on Sunday:

“It’s what happens when you’re not just mentally sharp. If I was mentally sharp, if I was rested, and really, the way I was at the beginning and middle of the year, I would have talked myself into going for the green.”

The 2014 BMW Championship:  A Tale of Two Golfers

The differences in the mindset of the two contrasting golfers following Sunday’s BMW Championship are night and day from one another.

Billy Horschel, an up-and-coming golfer with a promising attitude and disciplined game, took a mistake that would have rattled the most seasoned pros and turned it into a positive learning experience.  Horschel’s mindset shows that he’s wide-awake and ready to make waves going into the final tournament.

Sergio Garcia, on the other hand, just needs his rest and proves that even the most seasoned athletes can fall victim to basic human needs.

With a $10 million dollar bonus at stake for this weekend’s Tour Championship at East Lake Golf Club in Atlanta, we sure hope Sergio gets his beauty sleep.