PGA Ban on Anchor Putters: What it Means for the Game

Remember Y2K? For the years leading up to it, dire predictions and trepidation filled many minds, and when it finally arrived most of us woke up the next morning and our lives went on exactly as before. The tech guys, whose world was actually affected, made the necessary adjustments in preparation and their lives weren’t blown up. As the 2016 golf year approaches, the end of the anchor putter is upon us and for many it’s starting to feel a lot like Y2K. But what does it really mean for golf?

What Is It Exactly That Is Banned?

First of all, belly putters, broom-handle putters, or whatever falls into the category of “long putters,” are not being banned. All of those clubs are still legal. What IS being banned is the practice of anchoring any club to your body during the putting stroke. No more using the chest, or the stomach, or the arm to interfere with the free-swinging motion of the golf stroke. Here’s an example of what “anchoring” looks like: 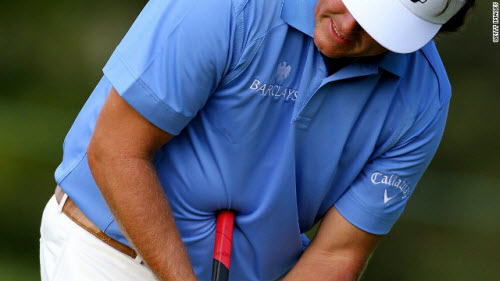 This is not the first time a putting stroke has been axed from the game by the powers that be, as over 45 years ago standing astride the ball and making a croquet mallet-like stroke was also banned. Sam Snead famously worked around this prohibition in his later years by using the croquet swing from the side, so you can still wield your long putters on the green – you just can’t aid your stroke by anchoring them to create anything that resembles a hinge-action in your swing.

Why Is This Happening?

The idea of taming overactive hands and wrists in the putting stroke with an anchor is hardly a new one, as golfers have been trying such tricks since the days of hickory shafts. Former U.S. Open champion, Orville Moody, more or less introduced golfers to the “long putter” back in 1989 when he jammed an oversized putter into his chest and won the U.S. Senior Open. From that point on, the long putters began showing up in the bags of professionals. 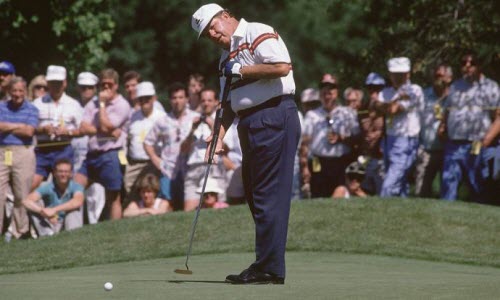 Still, none of the professional tours were overrun with the elephantine putters. PGA research estimated that only about four percent of all pros used the non-traditional putting method. But around 2010 notoriety increased as Keegan Bradley, Ernie Els, and Adam Scott all captured majors with anchored putting strokes. The number of practitioners had swelled only to about 11 percent, but officials at the Royal & Ancient Golf Club, which governs the game everywhere outside of the United States, became alarmed that the trend would continue to grow and that the anchored stroke was being embraced by instructors in whose hands the future of the game resides.

So the ruling body decided to act. The R & A voted to outlaw the anchored stroke in 2012, and the United States Golf Association quickly followed suit, with the professional golf tours falling in line not to long after that. A grace period of several years was enacted to allow players using the anchored stroke to wean themselves off their long putters. That transitional window is now closing.

There has never been any evidence that putting with an anchored stroke is more effective than a traditional stroke. If that was the case, you can bet that the golfers like Jordan Spieth and Bubba Watson, who are playing for millions of dollars in prize money – and their livelihood – would all be using long putters. Most recreational golfers have never bothered to add a long putter to their arsenal, except for those with physical ailments or a belief that the anchor helps cure putting woes.

When the ban is enforced – loss of hole in match play and two strokes in medal play – in 2016, thankfully the vast majority of us will never notice. Just like Y2K. Those players that did rely on this technique and need to give up their anchored strokes have had plenty of time to practice and make adjustments. The impending disappearance of the long putter come January is nothing most of us need to concern ourselves with.