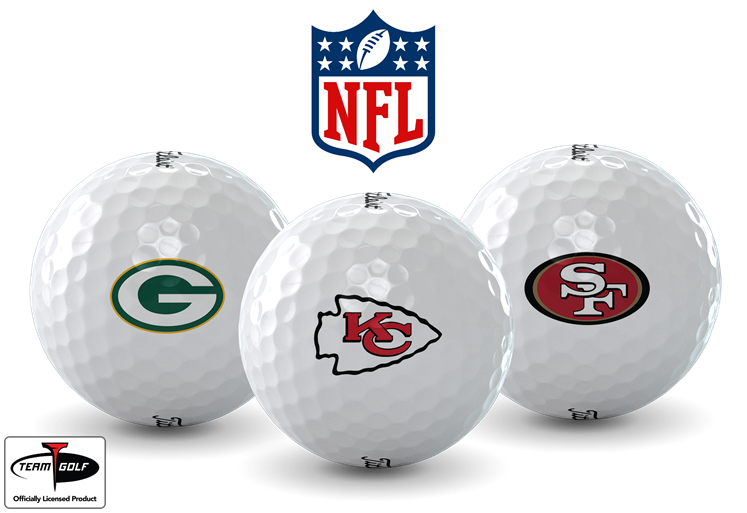 It’s no surprise that football is one of the most popular sports in the U.S. It’s the ultimate game of excitement, camaraderie and the team experience.

And if there’s something we all know about football fans, it’s that they love to show their team pride! That’s why at Golfballs.com, we’ve taken personalized golf balls and accessories one step further to offer merchandise with your favorite NFL team’s logo. Through our relationship with Team Golf, we now offer officially licensed NFL Logo Golf Balls.

Read on to learn more about golf collaborations with the NFL and the teams offered on Golfballs.com.

The NFL and the sport of golf have a long history of feeding off each other for merchandise sales. More than 30 years ago the professional sports league paid professional golfer Payne Stewart a lucrative annual contract to wear the colors of the NFL team closest to that week’s Tour stop. And it doesn’t stop there.

The NFL would also send golf clothier Tim Barry various fabrics in specific colors to have him design new golfing knickers for Payne to wear on the course. This brought attention to the NFL before traditional NFL jerseys and apparel were available to the public.

Printing NFL logos on merchandise has greatly increased in popularity, and now it’s available to golfers, too.

Our entire line of Titleist’s most popular golf balls can be customized with your team’s logo. That includes the top choice of PGA pro, the Pro V1 and the Pro V1X. You can even get a dozen of all #1 balls, all high-number balls, and double-digit balls.

And if accessories are what you need, then you’re in luck. At Golfballs.com you can find poker chips, ball markers, divot tools and hat clips that are all able to be imprinted with your go-to NFL team. 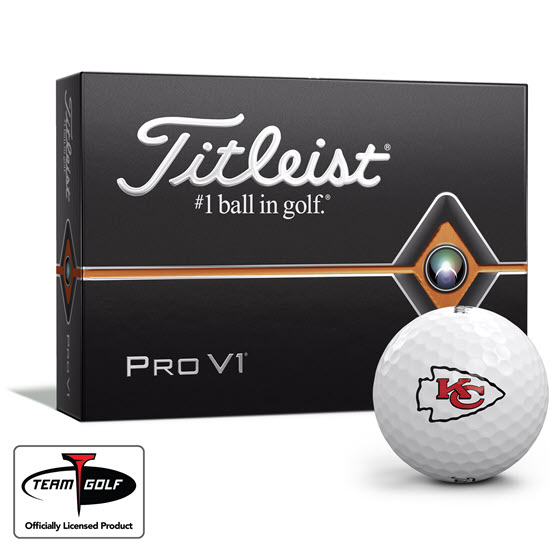 The NFL Teams to Choose From

Find your team from our list of NFL teams in order from A to Z: