Quest for the 2015 FedEx Cup Begins 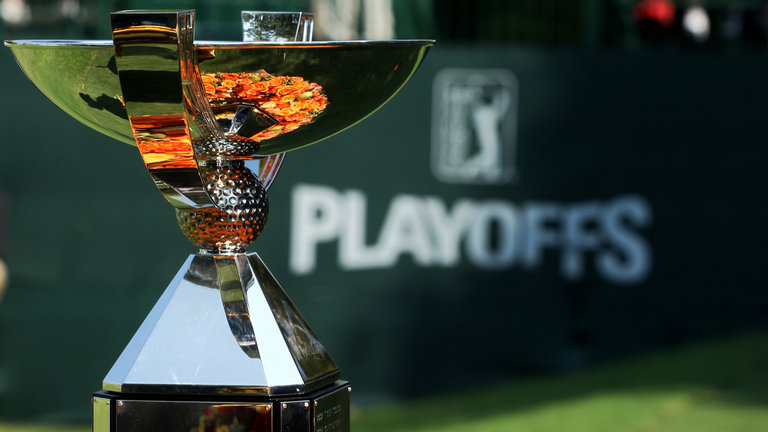 The PGA Tour always had a problem after the PGA Championship, the last of the season’s four major events. Though three months of the tournaments remained, most sports fans drifted away towards college and NFL football or the MLB playoff hunt.

Worse than that, most of the top players considered the season over as well, and were content to disappear until January. However, all that changed in 2007 when Commissioner Tim Finchem, who had been searching for a winning fall season for years, introduced the FedEx Cup.

Golf is a sport defined by the majors and tradition. Finchem’s only hope for instant attention and credibility for his playoff scheme was money, and lots of it. The winner would receive $10 million, certainly enough to keep the clubs of the top players out of the closet for month. Besides the large purse, the prestige of the FedEx Cup received an immediate boost by Tiger Woods winning the first and third championships ever played, and the rarely held Woods-Phil Mickelson duel brought heightened levels of drama. 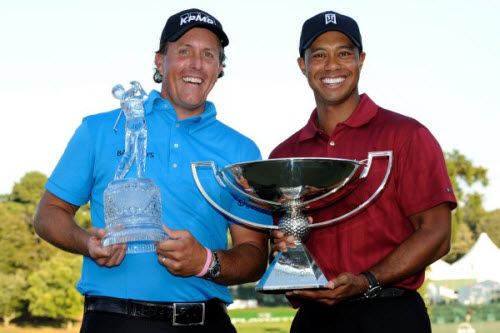 Phil Mickelson and Tiger Woods at the end of the 2009 Season, image: back9network.com

Unfortunately, the Cup has not been so fortunate in the glamour department over the last few years. While all of the past four winners –Billy Horshel, Henrik Stenson, Brandt Snedeker, and Bill Haas—are outstanding players, none has won a major title or drawn the crowds of years past.

Certainly, golf is hoping for its biggest FedEx cup ever in 2015. With the ascent of Jordan Spieth and Jason Day’s inspirational PGA Championship, there is talk of another Big Three in golf as they join recently deposed World Number One, Rory McIlroy, as potential successors to Palmer, Nicklaus and Player. The FedEx Cup marks the coming out party for the young stars as a triumvirate, and golf would dearly love to see these three trade blows through the September play-offs, on the march to the Tour Championship in Atlanta.

McIlroy’s injury has limited him to just nine appearances and he will be skipping the first event at Barclays’, so he will need to put together a string of wins to challenge Spieth and Day, but no one is counting the Nike Golf spokesperson out.

Several top players have been enjoying fine seasons despite major championships eluding them, the highest ranked being Bubba Watson and Justin Rose. Both have been contenders just about every time they tee it up, and are well positioned to challenge for the Cup. All it takes is a hot streak. Just look at last year’s playoffs where Billy Horschel won $13.5 million in less than a month.

Are there any new names lurking?

If you are trying to find young guys who might leap from their usual finishes in the Top 10 and jump into FedEx Cup contention, consider Robert Streb and Brooks Koepka. Each has enjoyed a proficient summer and picked up some seasoning by playing while on the leaderboard in this year’s majors. If they can muster up enough oomph to throw their hats in the ring, then they might have a chance to make the come up.

On the other hand, will it all be a meaningless exercise? One of the drawbacks of Jordan Spieth’s transcendent year is a comfortable placing atop the FedEx Cup standings. If he wins one of the early events, there will not be much for anyone else to do but play for as big a chunk of the playoff pool as possible. Such is life with the coronation of the next great golfer.