The 2017-2018 golf season that kicks off on October 5 with the Safeway Open in Napa, California at the Silverado Resort and Spa will truly mark the end of an era in golf. This will be the first season in over twenty years that Tiger Woods will be relatively absent from golf conversation. There is no speculation about whether Woods will have his game ready for Augusta, no anticipation of when golf fans will see his famous red attire again on Sunday afternoons. He may yet return from multiple surgeries and play again, but for all intents and purposes, the Tiger Woods era is over. Pre-season Tiger talk is not about his game or health or state of mind but whether his mid-summer event in Washington, D.C. will find a title sponsor. And his media appearances have recently been based around the promotion of Bridgestone golf balls, whom he signed a deal with earlier in 2017. But as of now, it doesn’t look like he’ll make much of dent in 2018.

That does not mean there will not be any comeback stories in 2017-2018 for golf fans to chew over. What’s up with Rory? Could he really be finished as an elite player before 30? McIlroy has battled injuries for the better part of two years but even if he gets fully healed will he ever find a putting stroke that can finish off all those gorgeous drives and irons? It wasn’t so long ago that Rory McIlory and Jason Day were two-thirds of a “Big Three” that was supposed to dominate golf for a decade. This year, McIlroy and Day both missed qualifying for the Tour Championship reserved for the game’s top 30 players. You can put the McIlroy and Day comeback stories at the top of any list of new season sagas to keep an eye on. 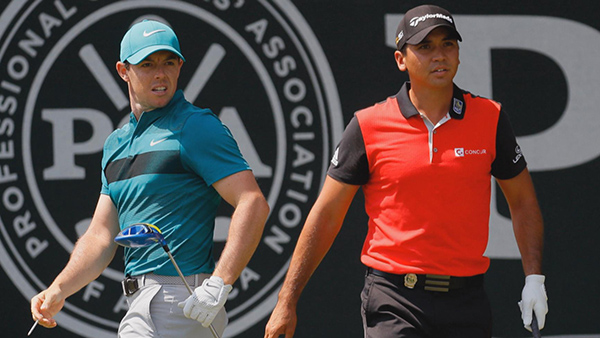 Can Jordan Spieth and Justin Thomas continue their headline-grabbing duel from 2017 into 2018? This year saw the ascendancy of Thomas with five wins and his first major in the PGA Championship. He joined his old rival Spieth – the two have been crossing irons since they were 14 years old – at the game’s pinnacle. Golf fans will be hoping these two young stars not only continue to trade punches at the highest level but also engage in a few head-to-head duels on the course. So far neither has been in contention during a tournament the other has won.

Spieth has said on the record that Thomas will “be in my wedding, for sure” when that time comes. Their friendship circle is also filled by Rickie Fowler, who remains one of the game’s most enigmatic figures. Fowler is as talented a player as can be found on the PGA Tour, but he is in danger of becoming famous for being famous. Fowler is almost 30 years old, a time that was once considered a professional’s prime years. In 2017-2018, however, 30 is almost the beginning of irrelevancy. Fowler has proven an uncanny ability to achieve high finishes in major championships without ever actually contending seriously for the title. It is not much different at regular Tour stops, either. Thomas won more times in 2017 than Fowler has in his entire career. Rickie has plenty of fans, and they no doubt will be pulling for him to make 2018 the year he breaks through. 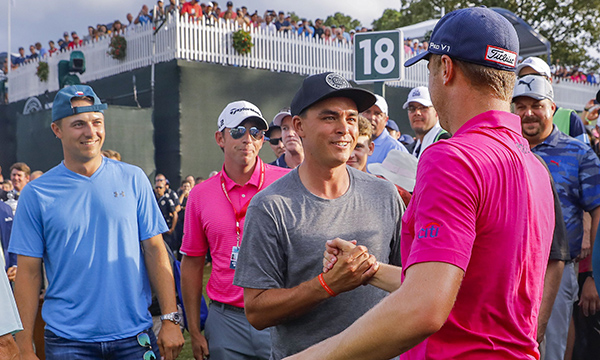 It is players like long-balling Jon Rahm who are making 30 look like golf’s old age. The 22-year old Rahm went from the number 766 world ranking to World #5 in little more than a year. The precocious Spaniard is just one of a legion of talented young PGA pros who are no longer serving an “apprenticeship” on Tour but challenging right away. Thomas Pieters was only 24 years old when he starred for the Europeans in the 2016 Ryder Cup. The lanky Belgian hits the ball forever and will be a factor at least in the majors and certainly on the PGA Tour if he goes in that direction. One overseas star under 25 who has become a fixture atop PGA Tour leaderboards is Hideki Matsuyama. He won three times early last year but was disappointing at major times. Still, Matsuyama’s name tops all others as potential first-time major champions. 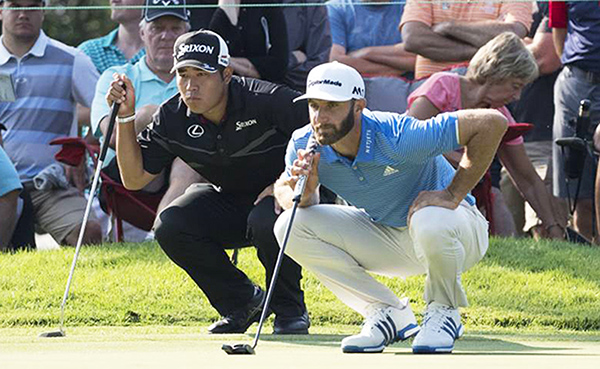 So that’s plenty to anticipate in the 2017-2018 golf season, and we haven’t even mentioned potentially the game’s best player – Dustin Johnson. Johnson seemed ready to win everything in sight before suffering a freak injury days before the Masters. He never really fired on all cylinders the rest of the year, admitting to playing “about 80%.” There is no doubt 2018 could be that year the ultra-talented South Carolinian takes home a couple of majors or more. The only person not giving it much thought though is the easy-going Johnson himself.