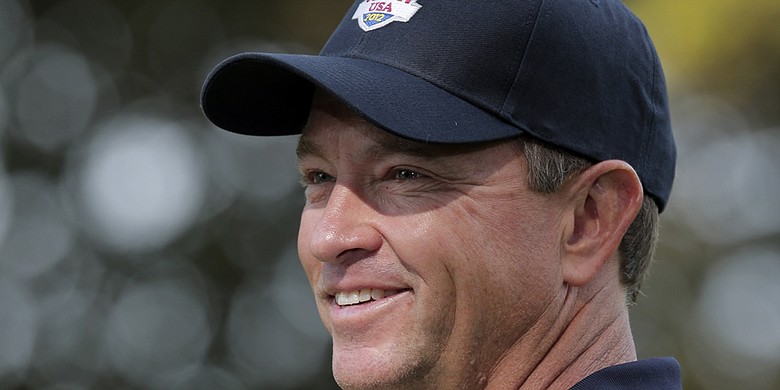 Although the PGA of America has not made the official announcement as of yet, the man they are fully expected to name during next week’s press conference is none other than Davis Love III.

Yes, that’s the same Davis Love III that captained the American team during the 2012 Ryder Cup matches at the Medinah Country Club. The Illinois outing left Team USA defeated under the helm of Love, adding to a series of defeats for the Westerners that has now spanned 8 of the last 10 Ryder Cup matches.

The latest loss came under the leadership of Tom Watson, another two-term Ryder Cup captain that didn’t fare as well the second time out at Gleneagles in 2014 as he did during the event held at The Belfry in September of 1993.

With the blowout at Medinah still a sore subject for fans of Team USA, it’s hard to get a grasp on the PGA of America’s strategy with this recent revelation. Of course, offering an esteemed captain that may have been a victim of good old-fashioned bad luck to return for a second chance at securing the cup may be just the shock to the selection process that the US needs.

Let’s take a look at Love’s prior Ryder Cup experience to see if he can turn his previous misfortunes into a shot at redemption.

The first thing that comes to mind when golf fans and commentators reflect on the PGA of America’s expected nomination for the next Ryder Cup captain is, “Isn’t he the guy that lost in 2012?” It hasn’t been that long since Davis Love III’s unfortunate outcome during the 2012 Ryder Cup, but anyone following the event knows that it wasn’t necessarily Love’s failure as a team captain that led to the blowout loss on the final day of play. In fact, many of the players on the 2012 team felt as if they let their captain down and weren’t playing their best during the last round when Team USA went from a 10-6 last round lead to losing by a full match point, 14 ½ to 13 ½.

The final-day rally the Europeans dominated Team USA with during singles pairing overshadowed Love’s acceptable performance during the first two days of the event, an unfortunate outcome for an otherwise successful captainship. Perhaps the PGA of America took note of Love’s tumultuous final day in Medinah, and felt he may have been dealt a bad hand.

The next Ryder Cup matches that Davis Love III is expected to lead Team USA into will be held September 27th through October 2nd, 2016 at the Hazeltine National Golf Club in Chaska, Minnesota. So what can Love bring to the table (or in this case, golf tee) the second time out?

Love is also no stranger to the Ryder Cup matches, and we’re not just talking about his captaincy. Love has played on 6 Ryder Cup teams in the past, spanning from his first appearance in 1993 to his last as a player in 2004. With Love’s unquestionable professional golf proficiency in both regular season play as well as Ryder Cup matches, coupled with his experience as a Ryder Cup team captain in 2012, perhaps he can craft a winning team out of the players taking to the course in 2016. Only time will tell if the second time’s the charm.