The year was 1979 and Gary Adams took out a second mortgage for $24,000. Adams was betting his house on a new idea – a driver with a head cast entirely of stainless steel. In little more than a decade later, metalwoods chased traditional persimmon-headed woods completely from tee boxes everywhere.

Adams’ company, TaylorMade, has been the “No. 1 Driver in Golf” ever since and company engineers work tirelessly to maintain that lofty perch. In 2015, TaylorMade introduced carbon fiber into its driver heads with the M1 and marketed the new weapon as “the first un-metal wood.” 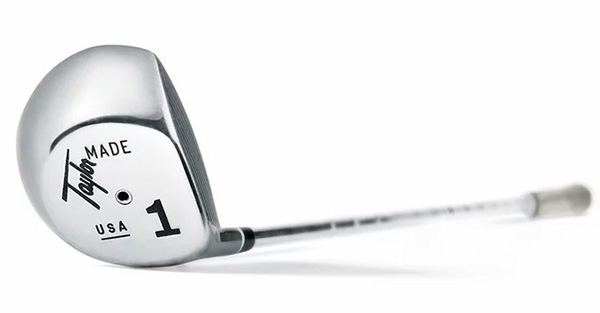 PGA Tour bombers like Dustin Johnson, Rory McIlroy and Jason Day soon proved that the M1 could deliver maximum distance. With the distance problem solved for the time being, TaylorMade engineers turned their attention to accuracy. The researchers kept robots off the tee sheet in their quest for knowledge. Instead, they analyzed the results of shots hit by real golfers – from millionaire pros to weekend hackers. The goal was to learn as much about club face dispersion as possible.

TaylorMade found that about 50% of drives are launched from the sweet spot in the center of the club. The other half are scattered across the face from the high toe (which imparts a draw spin that takes the ball to the left of the target) to the low heel (which delivers a low fade that bends right). When those less-than-ideal strikes are combined with a club face that is delivered open or closed or a swing path that is off-plane, the results can be disastrous.

The typical driver face, with its familiar bulge, is designed to minimize the ill effects of these mishits. TaylorMade was not satisfied with such a conventional curved face. Its new M3 and M4 family of woods are built with a multi-curved face, not unlike an undulating golf green. The face of the M3 rolls more open above the center as it moves towards the toe and more closed as it flows towards the heel.

TaylorMade calls this new technology the “Twist Face.” The golfer, however, will not see the subtle rolls in the club head at address. Mishits with the new face tend to behave more like shots struck on the sweet spot rather than simply negating the effects of a toe-hit or a heel-hit. The Twist Face produces not only more accurate shots but a more reliable spin across the face.

What’s on the Top and Bottom?

This is the third go-round for TaylorMade with multi-layers of titanium and carbon fiber in the construction of its driver heads. The carbon fibers for the M3 and M4 metalwoods are the lightest the company has yet to conjure up and that saved weight has been re-directed to the sole of the clubs.

For owners of the M1 who felt constrained by the 6,000-plus setup options offered by the track system built into the sole, the TaylorMade M3 460 driver offers some 13,000 combinations for positioning the weights and its adjustable hosel. A proprietary Y-track system provides unrestricted movement of two 11-gram weights to find the best setting for either forgiveness or maximum swing speed. There is also a new, wider slot carved into the sole near the club face, called the Hammerhead, that translates into increased ball speed on strikes below the sweet spot.

The M3 comes outfitted with your choice of Tensei shafts to facilitate low-launch, mid-launch, and high-launch tee shots. For players who prefer a more traditional driver head profile, the M3 is also offered in a 440cc head size, a notch down from the 460cc driver head. Golfers seeking a less imposing war club can test the M4 that weighs 17 percent less than its M2 counterpart; it also clocks in at 15 grams lighter than the M1.

The TaylorMade M3 family of metalwoods are available now in the following models:

And the TaylorMade M4 family of metalwoods are available now in the following models: