For golfers of a certain age “jailbreak” brings images of fellow duffer Clint Eastwood trying to find a way off the island in Escape from Alcatraz. But these days, jailbreak refers to getting inside a piece of equipment and shaking things up to deliver even greater performance.

Callaway Golf engineered its own Jailbreak Technology last year with the introduction of the Great Big Bertha Epic driver. The Epic came outfitted with two small 3-gram titanium bars that connected the sole and the crown, creating a stiff vertical construction element that fought against the bulging of the club face upon impact. That imperceptible flexing drains energy from the strike and reduces ball speed. The titanium stiffeners doubled the striking load of the Epic driver head for increased distance. As a bonus, the flatter surface of the driver face created more contact with the golf ball to enhance control. 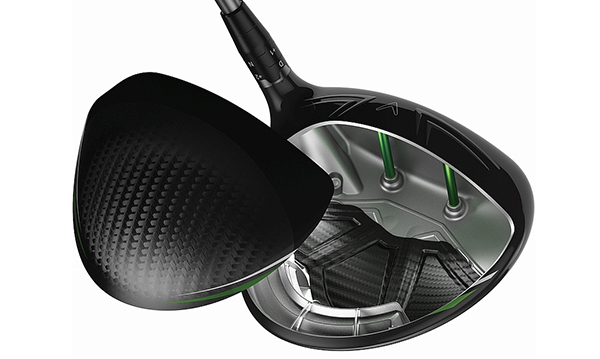 Callaway was not done with their disruption. Working with the Boeing Company, no strangers to innovation in the aerospace game, the Big Bertha Epic engineers crafted an aerodynamic driver head of lightweight titanium topped with a woven fiber carbon crown that lopped ten critical grams of weight from the driver. The “Speed Step” technology improves swing speed as the air slips around the club head going back and firing through the shot.

What do you do after the jailbreak?

To introduce its newest line of Callaway Golf drivers, the company had to take its Jailbreak Technology and make it even better. The best way to that was to go Rogue. To get even more distance, control and forgiveness, faster ball speed was essential. Callaway researchers had a year to refine and tweak their Jailbreak Technology and so the tiny titanium bars have been given an hourglass shape, so they are lighter than the Epic which translates to a thinner club face. Lighter and faster equals more ball speed off the driver. 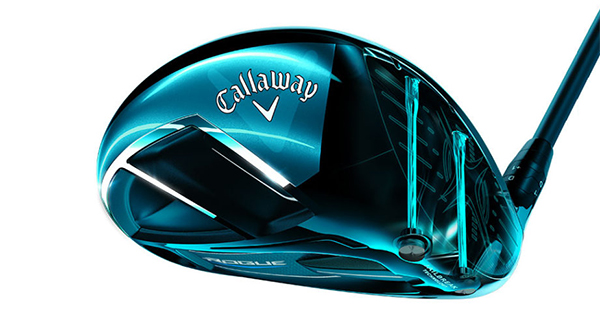 That club face was re-engineered with varying thicknesses to give the Callaway Rogue drivers more oomph on off-center hits. The patented Triaxial Carbon Crown has also been reconfigured to push the weight lower in the head for easier launches off the tee. Both are boons to the mid- and high-handicap player.

The new Rogue drivers are available in three models. The standard Rogue driver offers a new driver head profile to deliver maximum forgiveness on off-center strikes. The Rogue Draw Driver repositions the inner weights to promote a distance-enhancing right-to-left ball flight. The Rogue line is also available with special designs for ladies’ club and can be customized with your choice of nine different colors for the markings on the crown, sole, and rails on the sole. Finally, the Rogue Sub Zero Driver is Callaway’s Tour-level offering that is engineered to deliver low-spin performance.

The Rogue series also extends jailbreak technology to the fairway woods and hybrids. The titanium stabilizers are paired up with Callaway’s Face Cup club face technology that produces hyper ball speed from tight fairway lies. An internal curvilinear weigth on the sole distributes the weight of these utility clubs to create an easy-to-launch package.

No penalty for mischief

There has been nothing but good repercussions for Callaway’s Jailbreak so far. Last month the company released figures on the adoption of the Rogue on the professional tours. The Callaway Rogue was the leading driver on the Champions Tour and by a more than 50 percent margin was the top driver on the LPGA Tour.

Why does this matter to the average golfer? While few golfers on the planet can hope to replicate the swing speeds seen on the PGA Tour, the distance needs of senior and women pros are more representative of the trials and tribulations experienced by the weekend player. In that case, Callaway is hoping you are ready to follow their lead and make a jailbreak of your own.