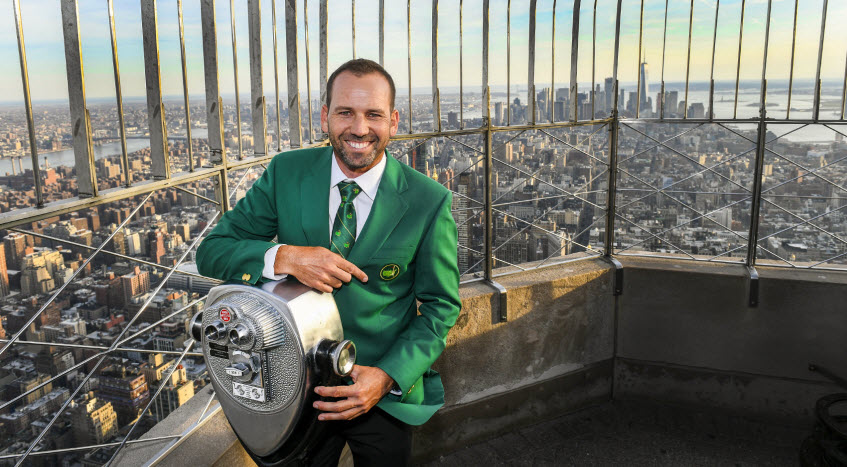 At the 81st Masters on Sunday, Sergio Garcia became golf’s sixth consecutive first-time winner of a major championship, and it would be hard to find a more popular champion. When Garcia’s birdie putt on the first playoff hole did a victory lap before disappearing underground, it wiped away a tempestuous two decades and finally brought the fulfillment of greatness first promised by Sergio’s appearance as a 19-year old in the 1999 PGA Championship.

Garcia’s triumph, in a tough duel with Olympic gold medalist Justin Rose, managed to wipe away all the drama that engulfed this year’s edition of the Masters even as it reached the first tee. There was Tiger Woods still unable to tee it up and then World Number One Dustin Johnson slipping on stairs in his rented home and wrenching his back. Johnson tried to go on Thursday but headed for the locker room instead of his tee time after a session on the range. There were also two major storms that soaked the golf course, tornado warnings, and an emotional opening ceremony with this being the first Masters without Arnold Palmer in over 60 years. 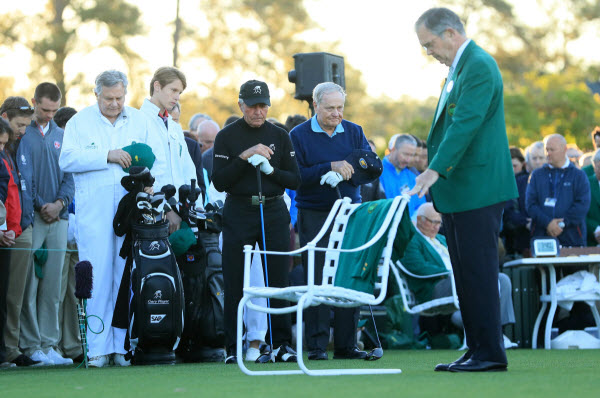 The Golf Tournament Trumps All

Once play began, the action pushed all the pre-tournament distractions to the sidelines. In cold and windy conditions the players averaged almost 75 strokes on the opening day, but 40-year old Charley Hoffman from sunny California saw nothing but blue skies. His 65 forged the largest first day lead in Masters history. Unnoticed by virtually everyone, however, was that only one player in the field produced a clean bogey-free round – Sergio Garcia.

Conditions did not improve on the second day, but Garcia opened his tour of Augusta National with three straight birdies. Hoffman stumbled a bit, and the two were joined at the top of the leaderboard after 36 holes at 140 by a pair of stars from last year’s Ryder Cup – Rickie Fowler from the United States and long-balling Thomas Pieters from Belgium. Two more Ryder Cuppers, Jordan Spieth and Rose shot the best rounds on Saturday, five-under 67s, and Masters Sunday was set up with dream pairings at the end: Europe’s veterans Rose and Garcia and America’s young stars Fowler and Spieth.

2017 Masters Leaderboard after 3rd Round, image: The Big Lead

On Sunday neither of the Americans fired, and both would finish out of the Top Ten. On the front end, Garcia made two early birdies and opened up a three-stroke lead after five holes on Rose. The unflappable Englishman ran off three consecutive birdies beginning on the par-three 6th and the two entered the fabled final nine holes of the Masters all tied at -8, three shots clear of the field.

Sergio’s Rise at The Masters

The final nine contained all the hallmarks of a typical failed Garcia major championship round. There were long stretches of exquisite ball-striking undone by a loose swing at a critical moment. An over-the-top pull on 11 led to a punch-out bogey and moments later on 13 a drive across the corner did not quite come off. On a hole when many Masters champions are putting for eagle three in the final round Sergio was playing his third shot 200 yards up the fairway, punching out from under a tree with his TaylorMade TP5 golf ball resting on a bed of pine straw. This time Garcia ground out a par and when Rose was unable to get down in two difficult putts for birdie, the difference was only two shots and not four or five.

There was also the usual uneasiness watching Sergio stand over a putt. A spectacular eagle putt on 15 was followed by a weak effort on 16 after another perfect 8-iron got him to within six feet for birdie. The birdie effort on 17 from 20 feet was downright ugly, but he cleaned up the rest with a confident stroke. He missed his first chance to win on the final green from close in – the ball did not move on the five-footer as it had in a practice round he later said – and it was back to the 18th tee for a playoff.

There was plenty for Sergio to think about on the quarter-mile cart ride back to the 18th tee – maybe that, “no golfer had ever won a major title using the claw putting grip he employed.” “That he led the tournament by a wide margin in driving accuracy for the week.” “He was second in greens hit in regulation.” Garcia could also have been riffling through the 73 previous times he had not won a major championship, including ten years before at the Open Championship when a similar missed putt on the 18th green led to a losing playoff at Carnoustie. He may even have reflected on the fact that no golfer had ever started a career with such a long drought in the majors and actually ended up winning one.

Rose, however, pushed his tee shot into the pines on the right side of the fairway and Garcia resolutely replicated his two previous efforts on “Holly,” as the members know the 18th hole, to set up his winning birdie putt. Never has 1-for-74 looked so good.