Go out to any course with the new 2016 TaylorMade Golf top-of-the-line golf balls — the Tour Preferred, Tour Preferred X and the Project (a) — and tee up each one. The company promises that each ball will produce a distinct sound and feel coming off the clubface. Why this distinct feature matters informs us of the state of the golf ball world in 2016.

Why Are These Golf Balls Tour Preferred?

TaylorMade is proud of its close association to Tour professionals and the status that this loyalty gives the brand in the mind of golf consumers. They’re so serious about listening to its stable of big-name professionals – Justin Rose, Sergio Garcia, Dustin Johnson, Jason Day, etc. – that they’ve segmenting its premium golf balls right down to club selection. Both the Tour Preferred and the Tour Preferred X are engineered specifically for top performance with the driver and approach shots to the green inside 100 yards, though there are a few differences between the two.

Forty-three prototypes later, the design team had what they were looking for. Both balls retain their Soft Tech cast urethane cover, but it was made ever so slightly thicker – now .035 inches instead of .030 – to make the balls play softer. The microscopic .005 inches pushes back to the one of the inner layers of the four (Tour Preferred) and five (Tour Preferred X) layered golf balls. 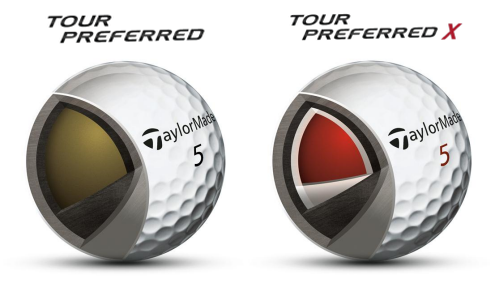 The Ball for the Rest of Us

While the 2016 Tour Preferred and Tour Preferred X cater to the needs of low handicappers and Tour professionals, the average golfer can still find their A-game in another TaylorMade golf ball. 2016 TaylorMade Project (a) golf balls are designed for competitive players of slower swing speeds, and is the company’s best-selling ball thanks to its fantastic feel and exceptional performance. 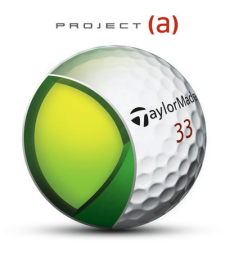 For 2016, in lockstep with consumer demand for softer golf balls, TaylorMade has dialed the compression of the Project (a) down to the same 88 as the Tour Preferred and Tour Preferred X, circa 2015. TaylorMade claims to have performed extensive research to determine that most amateurs miss the green by wide margins from 150 yards, and in response, the popular three-piece Project (a) was given a new core and re-engineered to provide even more spin on those testy pitches from 30 yards and in. Now shots on mid irons, short irons, as well as the putter get impressive control, even though amateurs typically generate 50 percent less spin on their shots than touring professionals.

What Does It All Mean Off the Club?

The Project (a) will deliver maximum spin in its class of three-piece balls throughout the bag, and will be worth a try for those looking to shave strokes off their score in the short game with greater control around the greens.