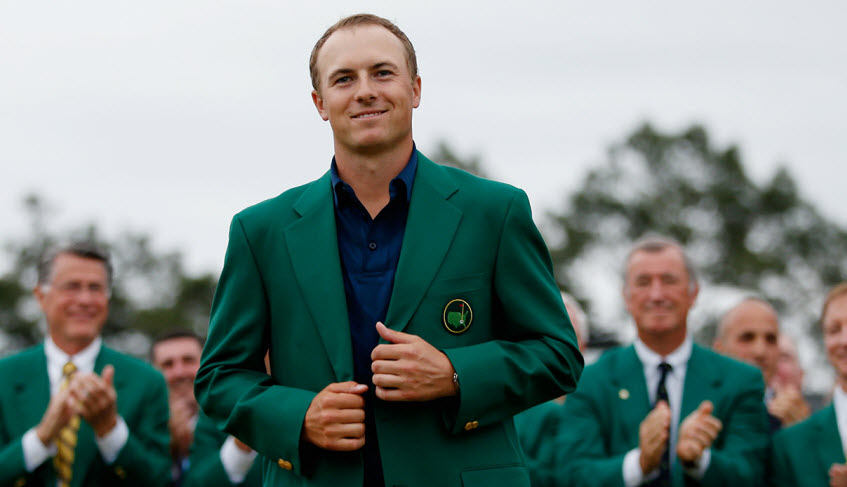 Jordan Spieth’s performance at the 2015 Masters can be summed up in a single word: gratifying.

No, we’re not referring to the fact that our prediction for the No. 1 spot at this year’s tournament was gratifying, even though we’re still regretting not putting a little money on the recently crowned “King of the Masters.” What was truly rewarding was watching the fairy tale story about a young golf prodigy winning his dream tournament play out right before our very eyes.

Jordan Spieth was only 14 years old when he made it clear that his goal was to one day win the Masters. Last Sunday, Jordan Spieth’s youthful aspiration became a reality – and not far into adulthood, either. The 21-year-old kid from Texas not only secured his first green jacket, but also blew through a field of seasoned professionals during what is arguably the most revered major tournament of the year.

Master of the Game

Although Bubba Watson must have felt a little like he was fitting a teenager for a prom tux as opposed to bestowing the prestigious green jacket upon its newest owner, but there’s no denying that the second youngest player to ever win the Masters (Tiger Woods still holds the No. 1 spot) was the epitome of maturity and class this year at Augusta National.

Shooting a final score of 18-under 270 for the tournament, Spieth nearly broke Tiger’s course record set way back in 1997. His tie for the record with the Big Cat would be decided on the final hole, where Spieth came close to sinking a putt from just a few feet out that would have put him a stroke above Tiger’s ’97 final score, only to have it graze by the hole in what was undoubtedly his worst stroke of the week.

Nevertheless, the champion subsequently tapped in an easy putt to finish at a 2-under 70 for the final round, beating Phil Mickelson and Justin Rose by four strokes for the week.

One for the Record Books

It wasn’t enough for Jordan Spieth to leave Augusta with the green jacket; the young Texan also took home with him a number of records, dominating this year’s Masters both on the course and in the record books.

Spieth’s tie with Woods at 18-under 270 isn’t the only record the two pros have in common now. He became the second youngest person to ever win the Masters, bested by none other than Tiger Woods, who set the record in 1997. Spieth also set the 36-hole scoring record after shooting 130 for the tournament on Friday, shortly before moving on to set the 54-hole scoring record with an even 200 to wrap up Saturday’s performance.

Additionally, Spieth became the youngest 18-hole leader in Masters history, while setting yet another record for the most birdies made during a Masters tournament (28). Most of us would be thrilled to turn in 28 birdies by the end of the summer – this kid flirted with 30 in just four short days in Augusta.

There’s a reason why we believed good fortune was awaiting Jordan Spieth at this year’s Masters. Yes, he’s been on quite a tear as of late, dominating 2015 with the resolve of a champion that sets him apart from rowdier twenty-something Tour pros, but there’s more to the man than just his scorecard. Jordan Spieth has shown lifelong dedication to the game of golf, displayed the modesty that is becoming of a winner, and remained down-to-earth throughout his journey into PGA stardom.

Seeing a humble guy from Texas win the Masters – well that’s about as gratifying as golf can get.