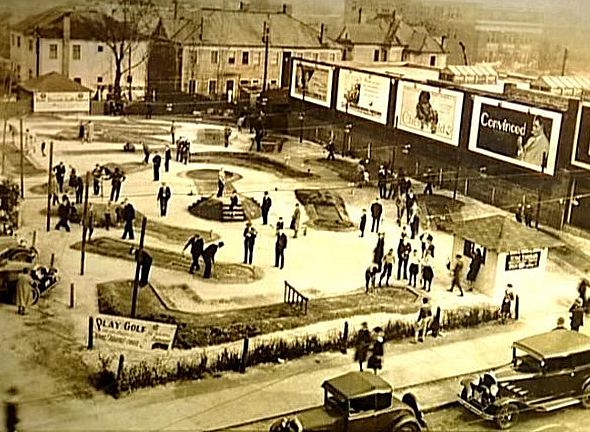 To predict the future, it is always instructive to look at the past. The two great booms in golf in the last 100 years have been in the 1920s and 1990s. During each of those decades, an average of one new golf course opened in the United States every day. To put a number on it, that’s 7,300 brand new golf courses.

So what did those two eras have in common? Compared to others, Americans had more money in their pockets in the ‘20s and ‘90s than any other time. Thusly, the burst of popularity makes sense because, aside from bowling, golf is America’s only recreational game you have to pay to play. And, oftentimes, it’s not cheap (though our discount golf balls and closeout shoes will help lower the cost). But that’s not the only reason why interest in the sport has waned.

Time is of the Essence

Industry studies have identified the culprit behind fading interest in golf as, purely and simply, time. The cultural image of Dad packing up the clubs on Saturday morning, saying good-bye to the family and disappearing for the entire day has seemingly gone forever. Why? Because today the idea of a five-hour round on the golf course is a hefty, daunting commitment for most busy would-be-golfers.

In fact, the powers-that-be have begun promoting golf as a nine-hole game rather than 18 holes in order to chip away at the growing wall of indifference. But golf can never escape the fact that it requires not just an investment of money, but one of time as well. That is, time needed to play and time needed to practice and learn the game.

Looking at golf history also reveals what the game has done to bolster interest in its more stagnant times. For example, in the 1930s so-called “Tom Thumb Golf” was invented. The new activity started appearing in office buildings and featured small, manageable putting courses with obstacles beneath blue-painted ceilings, which meant to simulate the outdoors. Sound familiar? It should, “Tom Thumb Golf” marked the birth of miniature golf.

In the 1970s, when it appeared that available land would be scarce and expensive, Cayman Golf emerged. To accommodate for smaller courses, a hard pimpled golf ball was invented and used. These performed much like a real ball around the greens, but flew only half as far on full shots. Though Cayman Golf was a clever solution, the expected problem never truly arose and, like oil, land was not as scarce as the gloomy 1970s predicted.

And in the 1980s, indoor golf had a moment of fame. With the evolution of computers, golfers could “play” famous courses by banging balls into golf holes projected onto a screen at the rear of the driving cage. While interactive courses still exist, they’re not as popular as they once were.

Historically, golf has tried to expand its popularity by expanding its very definition. And so as one golf course closes every third day in the 21st century, re-invention arises again.

A company called TopGolf has brought the game even further into the digital age. By implanting microchips into golf balls, players hit toward targets on a driving range in order to accumulate points. Like a live-action arcade game.

Interestingly, promoters claim that true “golf skills are not required” at all and have reportedly shown statistics to potential investors that confirm half of their customers are in fact non-golfers. Another TopGolf benefit suggests that this new brand of the sport doesn’t take half-a-day to play. They say, your biggest time drain will be waiting to play.

Wrapping It All Up

All in all, the future popularity of the game may well be tied to reimagining and redefining what it means to play golf. The traditional 18-hole round may one day be reserved for special occasions and tournaments, as nine holes becomes the standard round. Who knows, someday “playing golf” may mean an entirely different game.