Who are the Most Underrated Players in Golf?

The anonymous poll by Sports Illustrated of golf touring pros got most of its attention for outing Rickie Fowler as the player most pros believed is overrated – just days before he engineered a finish for the ages at the Players Championship. Also buried in that poll was a question on the most underrated player on Tour… an honor that Bill Haas received. But who else do you think could have been in the running for that title? Let’s take a look at some players who we think certainly had a right to vote for themselves: 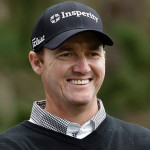 The late-blooming Walker has won five times since the start of the 2014 season – more than any other PGA star – and yet sometimes it seems as if he could walk through your 19th hole clad in nothing but his golf shoes, without turning a single head. One of those wins was by nine strokes, the largest margin of victory on the Tour this decade. Anyone capable of waxing a field of PGA pros by nine strokes should certainly carry a higher profile than Walker, but the Baylor University grad toiled anonymously through a dozen seasons and 187 winless starts before breaking through at the 2014 AT&T Pebble Beach National Pro-Am.

Walker has yet to dent the golfing public consciousness because he has never been a factor in a major. He only played in six before his break-out 2014 season. Last year he notched three top-ten finishes in the majors and collected 2.5 points in his first Ryder Cup appearance, including a 3 and 2 drubbing of Lee Westwood in the Singles. In his career, Walker has only finished second or third four times, but has those five wins. This is a player who knows how to close when in contention. It should not be too much longer before the 36-year old Texan garners the acclaim his playing record demands. 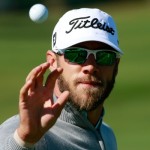 Graham DeLaet may have drifted onto many fans’ radar screens for the first time last Saturday at the Players Championship when he paired with Tiger Woods in the third round. DeLaet hails from the plains of Saskatchewan and being a Canadian touring pro is one way to assure anonymity. It also does not help that much of his career has been plagued by back problems stemming from a teenage hockey injury – he endured the same microdiscectomy surgery that sidelined Woods. The former Canadian Tour Player of the Year has yet to win, but did post seven top-10 finishes in 2014 and climbed to 32nd in the world rankings. That the 33-year old DeLaet shot a steely two-under par 70 in his first pairing with Tiger surprised no one who knows that this guy knows how to work a set of irons. 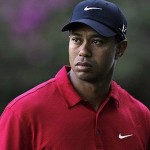 Yes, that Eldrick Woods. And while we are on the subject of Woods, he belongs on any list of underrated players despite being long-hailed as one of the greats. Let us explain. For years we have heard Tour players tell us that the golfing public has no real idea of just how good Tiger Woods is as he crushed the competitive souls of a generation of fine players from Sergio Garcia to Charles Howell III. Now that the McIlroys and Spieths and Fowlers are stepping up the chase for Woods’ position astride the game of golf, we are going to be reminded how unfathomable that record truly is.

We started our musings on underrated players with Jimmy Walker whose five victories in the past two years are the most on Tour. That required 40 events, one win every eight tournaments. For his career, Woods has won one in every four tournaments he has entered – and more than half of those are prestige events like majors and World Championships packed with the game’s best players. By comparison, Phil Mickelson has won about once every 13 tournaments and Rory McIlroy, who was feted for winning his tenth tournament before his 26th birthday (by one day) when he captured the World Golf Championships-Cadillac Match Play on May 3, has won once every nine appearances. Yes, it is possible to arguably be the best golfer on the planet and still be underrated.