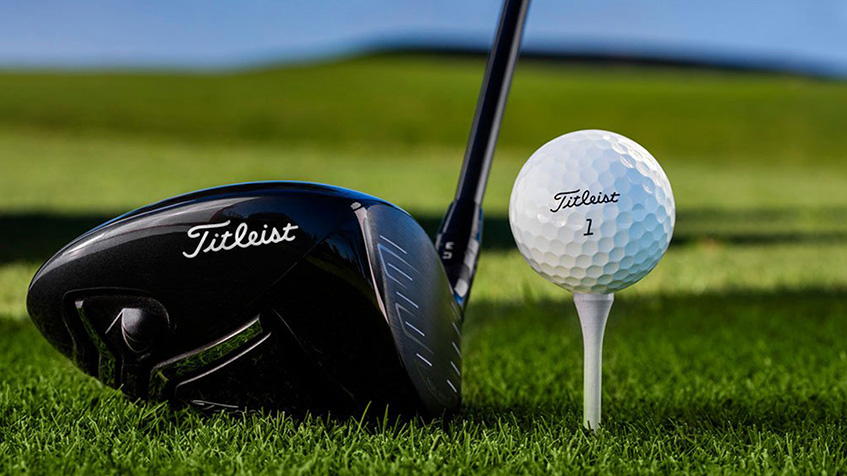 Until Coburn Haskell and Bertram Work showed up on the golf scene in 1889, the game had been played for the better part of 400 years with balls fashioned from boiled goose feathers stuffed into a cowhide cover. The so-called “Haskell ball” featured a solid rubber core around which were wound yards of rubber threads which carried the new golf ball reliably 20 yards past the traditional “featheries” used previously.

It was no coincidence that Bertram Work was an employee of the B.F. Goodrich Company. Tire companies became the leading manufacturers of these rubber-cored golf balls. Goodrich, Goodyear, Firestone, and Uniroyal all manufactured golf balls. In the infamous golf game between James Bond and arch-rival Goldfinger, the match hinges on the brand of ball – the Number Seven Dunlop 65 from the Dunlop Tire Company.

Origins of Acushnet and the History of Titleist Golf Balls

Philip E. Young also owned a pioneering rubber business, started in Acushnet, Massachusetts in 1910. The Acushnet Company made mostly water bottles and bathing caps. Young, known as Skipper, was also an avid golfer. Like most golfers, he was also quick to blame his equipment for his poor shots. As the story goes, Skipper Young was so frustrated by his putting one day that he instructed his playing partner, a dentist, to X-ray the offending spheroid. Sure enough, the rubber core buried deep inside the golf ball was off-center. So were most of the subsequent balls that Young tested. 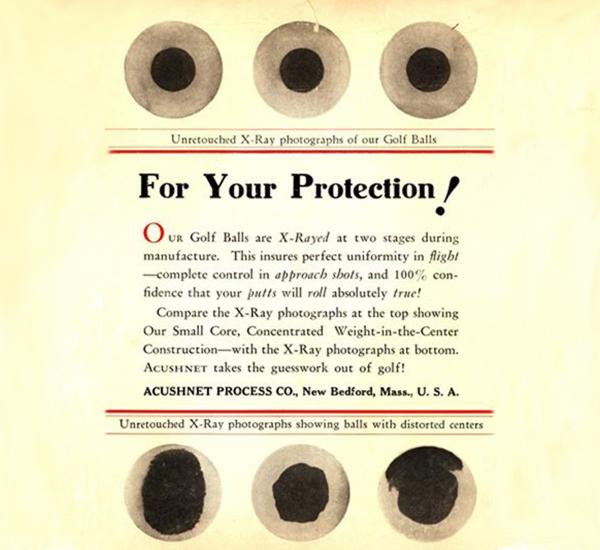 In 1930, Phillip Young perfected a machine that wrapped the rubber string around the core perfectly every time. Two years later he marketed the first Titleist golf balls, which he named because the best golfers were the ones who held the titles. Sure enough, within three years the consistently performing Titleist golf balls became the Acushnet Company’s best-selling product as the swimming caps and other rubber products faded away.

By 1949, Titleist was the most popular ball at the United States Open in the field of 159 golfers. From that point forward, Acushnet began marketing Titleist as “The #1 Ball in Golf” – a lofty perch it continues to hold nearly 70 years later. The brand is so embedded in the public consciousness that in an iconic Seinfeld episode, George Costanza pulls a Titleist golf ball from the blowhole of a struggling beached whale.

In the 1970s, a Titleist for “hackers” was introduced with a cut-proof Surlyn cover, but the top-of-the-line golf ball featuring a liquid core, wound rubber threads, and a balata cover remained untouched, as it would for decades. That finally changed on October 11, 2000 with the introduction of the Titleist Pro V1 on the PGA Tour. Gone were the wound rubber bands in favor of revolutionary layered construction with a thermoset urethane cover. Appropriately the designer of the Pro V1, Dean Snell, had come to the golf industry after three years of working for the B.F. Goodrich Company.

That first week at the Invensys Classic in Las Vegas, 47 players teed-up with the brand new Pro V1 – a staggering display of trust in a golf ball manufacturer by golfers whose livelihood depends on their equipment. Billy Andrade used the Pro V1 to win the event. The Pro V1 was in golf shops by that Christmas and has been a gold standard among high-end golf balls ever since. 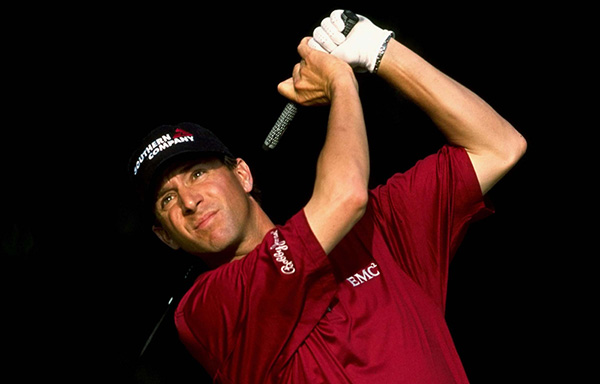 In 1962, Acushnet developed its first golf clubs to complement its best-selling golf balls. Like their golf balls, the Titleist irons were developed around an optimal center of gravity. Titleist clubs also quickly found their way into the upper echelon of golf. Tiger Woods was so enamored with his long-time Titleist driver that for many years after signing with Nike he would not take it out of his bag. Other PGA players who can be seen wielding Titleist clubs include Adam Scott, Jordan Spieth, Jason Dufner, Ben Crane, Jose Maria Olazabal, and Webb Simpson.

In 1985, Acushnet welcomed the legacy Massachusetts apparel maker FootJoy into its corporate tent. Founded in 1859, FootJoy was in business thirty years before the first serious golf balls were struck in pastures around the United States. Like its golf ball sibling, FootJoy sells more golf shoes and golf gloves than any other manufacturer in North America. Through it all, even though the Acushnet Company has volleyed among corporate parents in recent years and is currently under the direction of a Korean holding company, the headquarters remains entrenched in the old whaling town of New Bedford, Massachusetts.