Early Favorites for the British Open 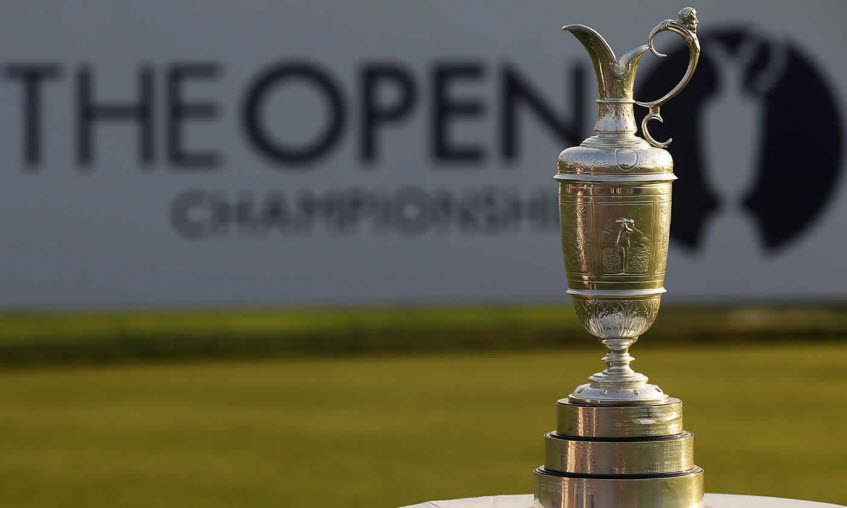 In the previous six Open Championships there have been six different winners. For that matter, most of the victors were not even among the favorites to capture the Claret Jug. However, this year things could be different. Some star athletes have established themselves as favorites, while others are emerging as potential dark horses.

Let’s start with the young guns. Led by two-time major winner Rory McIlroy, 25, and 26-year old Jason Day, these youthful pros may be carrying the keys to victory. However, neither has performed well in the British Open Championships of the past.

Even though McIlroy tied the tournament record in 2010 with an opening day 63 at St. Andrews, he shot an 80 the next day. Granted, officials suspended play for a brief time and The Old Course is notoriously tricky, but this inconsistency could be detrimental at Royal Liverpool.

Jason Day, the personable Australian, has already recorded seven Top Ten finishes in major competitions. But the best the long-baller has been able to muster at the Open is a tie for 30th. He’ll have to step up if he really wants the Jug.

The youngest competitor attracting support is Texan Jordan Speith. At only 20 years old, he’ll be teeing up in his second Open Championship come July 13th. He made the cut in his first attempt last year and will be looking to become the youngest Open champion since Young Tom Morris copped his third major title in 1870.

One could argue that golfers are like fine wines that only get better with age. After all, the last three Open champions have all been in their 40s. One seasoned player to keep an eye on is Englishman Lee Westwood. The former World Number One has continually been a favorite to win his first major championship for over a decade, but without one, he has somewhat faded from the conversation. Playing in front of the home fans, things could change for Westwood this Open though.

Then again, the recent wins by veterans Phil Mickelson, Ernie Els and Darren Clarke came out of nowhere. Of this age bracket, defending champion Phil Mickelson – with tepid support and no major victories since his immaculate final 66 at Muirfield in 2013 – is among the early favorites at Royal Liverpool Golf Club.

Don’t Count Tiger Out Just Yet

Raw talent and performance levels always dominate in picking early favorites for the Open Championship. That means Tiger Woods, even after months of inactivity, seems to be the gamblers’ favorite throughout English betting shops.

Aside from his proven abilities, Woods actually won the last Open championship played at Royal Liverpool back in 2006. It was an impressive feat for Woods. For his third Claret Jug, he shot 18 under par, which was a better score than only one other golfer – Tiger himself. It’s safe to say, Woods knows the course pretty well, but will it matter among the field of tough, younger, healthier competition?

The hottest hands coming into the Open belong to Adam Scott and Martin Kaymer. Scott has finished third and second in the last two Opens and appears primed, ready to contend.

On the other hand, Kaymer dominated the U.S. Open, playing some of the best golf of his career. However, his performance on championship British links courses has historically been rather inconsistent and spotty.

Hunting for the First

Top players looking to capture that elusive first major title include Henrik Stenson and Sergio Garcia. Both Europeans have a win in the “fifth major” (the Players Championship) on their resumes, but nothing at the Open.

Stenson has fared better than Garcia though, finishing in the Top Five at three of the last four major competitions. We’ll see if either golfer has what it takes to bring home his first major win.

And Rickie Fowler, playing well as of late, wants to throw his hat in the ring as well.

It is always tempting to choose a home grown player at the Open Championship. After all, we like to believe that they hold the secrets to the course in their DNA.

This time around, the top English players vying for the Claret Jug (aside from Lee Westwood, whom we mentioned earlier) are Ian Poulter and Luke Donald. It’s worth acknowledging though those raucous home crowds oftentimes bring as much pressure as they do support. In fact, there has not been an English winner at the British Open Championship since Nick Faldo tamed Muirfield in 1992.

Of all the major golf events, betting on the Open Championship is the most slippery. As an innate trait of the game, golf is always quirky and the weather is always a factor – especially during Open week. This unpredictability can make this event a true nail-biter and can truly open up the field of potentials to make the British Opens truly anyone’s game for the taking.