The United States team beat the International team 19-11 to win the Presidents Cup for the seventh straight time. Anyone who watched the proceedings during the four days of play at the Liberty National Golf Club in Jersey City, New Jersey knows the score was not that close.

Cynics had declared the competition to be no contest before the 24 players boarded their flights to the Big Apple. That may have been harsh, but the outcome was little in doubt after the first day of play on Thursday when the Americans won three of the five Foursomes matches and halved another. Branden Grace, who won all five of his Presidents Cup matches in 2015, and Louis Oosthuizen scored that lone International team victory, and there would not be another until Saturday afternoon, in the event’s 17th match. The biggest stories coming out of the Presidents Cup were the awkward victory celebrations of the Americans and the odd rules infractions that caused Anirban Lahiri of the Internationals and Jordan Spieth of the Americans to be disqualified for a hole each during play. 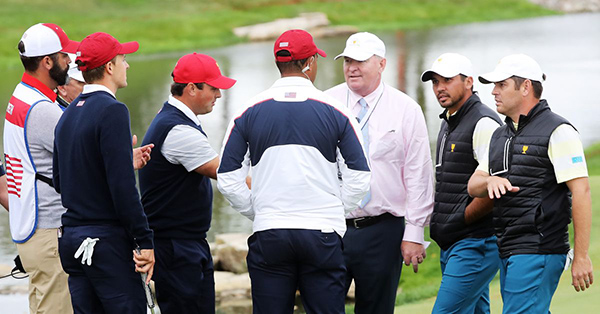 If there must be a golf evaluation, the Americans simply had better players in New Jersey and more of them. To have any chance the Internationals would need big performances from its core of top players. That would not happen; the highest ranked player on the International squad, Hideki Matsuyama, played so poorly on Thursday and Friday that captain Nick Price benched the young Japanese star on Saturday morning. Jason Day, the next highest ranked International player, hasn’t seen his name on a winner’s check in well over a year after ascending to World Number One. His struggles continued in the Presidents Cup. After gaining a half-point on Thursday, Day lost his next three matches. His Presidents Cup record in team matches is now 3-12-4. The International player with the most experience, Adam Scott, lost his first three matches before being sent to the sidelines by Price on Saturday afternoon.

For the American team, there was nothing but feel-good stories. Phil Mickelson won 3.5 points to become the biggest individual match winner in Presidents Cup history, supplanting Tiger Woods. Phil’s birdie putt on the 18th green on Friday wrapped up a win that generated the most excitement during the event’s four days. By the end of Saturday’s play, the Americans led 14.5 – 3.5, almost clinching the Presidents Cup before Sunday’s singles play. Needing just one point from the last 12 matches, the Americans picked up 4.5 to make the final margin semi-respectable and squash talk about being the biggest rout in international professional team play history.

Is the American team the greatest golf team ever?

There was plenty of talk during the Presidents Cup that this may have been the greatest golf team ever assembled. Mickelson, who’s been on plenty of these teams, called it the most talented bunch of golfers he’d ever played with. The core of the U.S. squad – Spieth, Justin Thomas, et al. – are barely into their careers, and someday fans may look back and make the conclusion that this was the best ever.

Until then, such talk is premature. The 1981 Ryder Cup team is considered by most the gold standard with names like Nicklaus, Watson, Floyd, Crenshaw, Trevino, Irwin, and Miller. The 1975 U.S. Ryder Cup team had nine Hall of Famers. Both squads laid waste to their European rivals. Give the current crop of American players some time, and they may indeed run off a historic string of international victories. 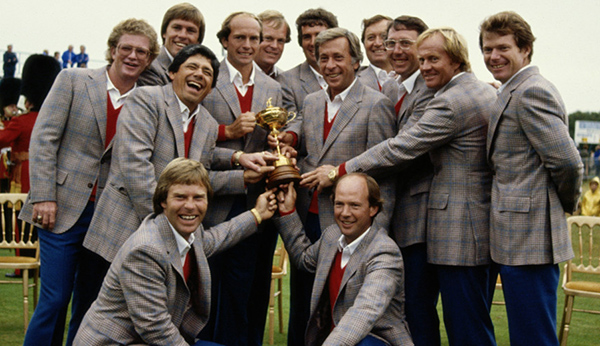 Is this the end of the Presidents Cup?

The American record in the Presidents Cup is now 9-1-1. It is a bit unfair to ask an International Team with players from five continents to coalesce into a formidable team. This year two matches were cut from the format in an attempt to mitigate the American depth advantage. Look for still fewer matches in the future (maybe the event will be sliced to two days) and the teams may be smaller as well.

Nevertheless, the Presidents Cup will never disappear. It is the barely noticed little brother to the Ryder Cup, but that pre-eminent event is owned by the PGA of America (the club pros) and the European Tour. The PGA Tour started the Presidents Cup as an international showcase for its American players and blowouts like this one will not make the Tour shut it down. All fans can do is hope for a more competitive future.