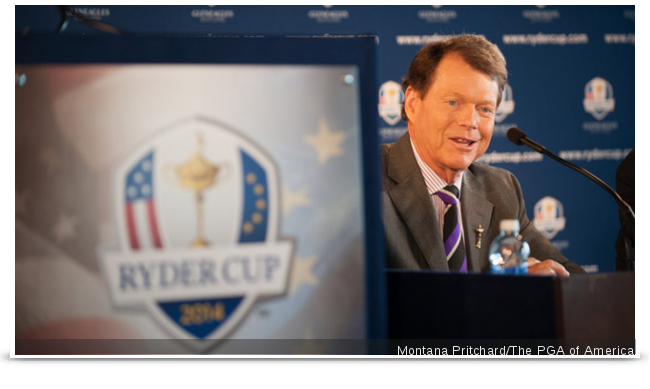 The United States’ Ryder Cup captain, Tom Watson, has finally named his three picks for the forthcoming Ryder Cup. This ends months of speculation, which only intensified after Tiger Woods ruled himself out of the running due to injury. Shortly after European captain Paul McGinley announced his selection to be Stephen Gallacher, Ian Poulter and Lee Westwood, Tom Watson divulged his selection of Keegan Bradley, Hunter Mahan and Webb Simpson.

So who are these gents? Let’s start with the first, Mr. Keegan Bradley. This St. John’s University alum turned professional in 2008 and has since made quite a showing for himself in top tournaments. This will be his second time playing for the Ryder Cup, as he first debuted in 2012. Bradley’s 3-1-0 Record at the Medinah Country Club probably convinced Watson that the 28-year-old’s drive and Srixon golf balls make him a sufficiently polished matchplay competitor.

Hunter Mahan has been a little inconsistent throughout 2014. However, it is believed that his ball striking will be particularly suited to the conditions at the PGA Centenary Course in Gleneagles, the location of the 2014 Ryder Cup. In recent weeks, Mahan has been hitting the golf ball particularly well with his PING clubs, and he recently carried off the trophy at the prestigious Barclays event. Because of this, his inclusion by Watson should be no surprise.

The third name will possibly surprise a few people, and can clearly be considered the most controversial selection by the experienced Watson. Webb Simpson isn’t exactly a household name, and has been selected ahead of many more respectable rivals, most notably Brandt Snedeker and Steve Stricker. However, Webb Simpson certainly shouldn’t be considered a poor choice by the captain. He enjoyed a respectable Ryder Cup campaign in 2012, finishing with a 2-2-0 record. Of course, this 29-year-old has not won PGA Tour for nearly a year.

With the majority of the team based on PGA Tour rankings, Watson’s selection means that the final make-up of the 2014 US Ryder Cup team will be as follows (numbers in brackets denote world ranking):

With three Ryder Cup rookies on both the American and European teams, there will be pressure on the experienced players to deliver a disproportionate quota of points. For the US this will mean that multiple Major winner Phil Mickelson and in-form Jim Furyk are expected to do much of the heavy lifting. By the same token, Lee Westwood and Sergio Garcia will surely occupy prominent roles for Europe.

Given that the match will take place in conditions that are more familiar to European team, there is no doubt that the US squad will begin as the under dogs. Even the European captain Paul McGinley acknowledged that Europe is the favorite during Tuesday’s press conference. But with eleven players ranked inside the world’s top 30, this US team is nonetheless a formidable one, and certainly capable of upsetting the odds.