2017 Presidents Cup to Be Hosted in Jersey City 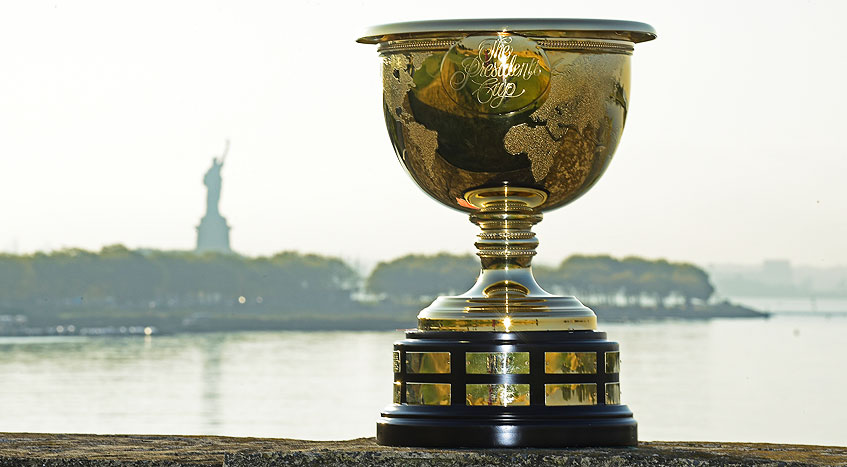 The Presidents Cup was introduced exactly twenty years ago in 1994, the competition has been held on a biennial basis since then, save for the 2003 addition of the tournament which was pushed back due to the September 11 attacks.

Today, the Presidents Cup is considered the second most prestigious professional men’s team golf match play tournament in the world, with the obvious exception of the Ryder Cup. In contrast to recent editions of the Ryder Cup, the competition has been dominated by the United States team. The International opposition that the US is pitted against, comprised of players from any country outside of Europe, has only won the competition on one occasion – back in 1998 – in its relatively short history. The US has won the last five President Cup events outright.

The birth of the Presidents Cup was due to outcry from international stars such as Nick Price, Greg Norman and Ernie Els wanting to participate in a tournament setup like the Ryder Cup. But since they weren’t from a European country, they couldn’t participate in the Ryder. Coincidentally, despite the rich history of the Ryder Cup, the majority of the non-American superstars resided OUTSIDE of Europe, which gave them more leverage. As a result, the Presidents Cup was born.

With the 2015 iteration of the event due to take place at Jack Nicklaus Golf Club in Incheon, South Korea, the event will not return to the American mainland until 2017. And it has just been announced that the venue for this much awaited competition has been settled, with the 12th edition of the Presidents Cup to be staged at Jersey City’s uber-exclusive golf club, the Liberty National.

The Liberty National is a prestigious golf course that was designed by Robert E. Cupp and former U.S. Open winner Tom Kite. The course is particularly notable for its close proximity to the Statue of Liberty and downtown Manhattan, with the spectacular and infamous New York skyline providing a particularly attractive backdrop to the golf course.

This inspirational scene will host the twelfth match between a United States team and an International team comprised from top golfers from around the world. Recent form would obviously suggest that the U.S. will still be the holders when the 2017 Presidents Cup rolls around, but with the eleventh tournament yet to be played, this is by no means inevitable.

Featuring some of the world’s best players, there is no doubt that the 12th Presidents Cup will be a popular and esteemed event. PGA Tour professionals are well known to have a particular affinity with the Liberty National, and the 2011 PGA Championship winner, Keegan Bradley, had previously expressed his desire for the event to be played at the New Jersey course.