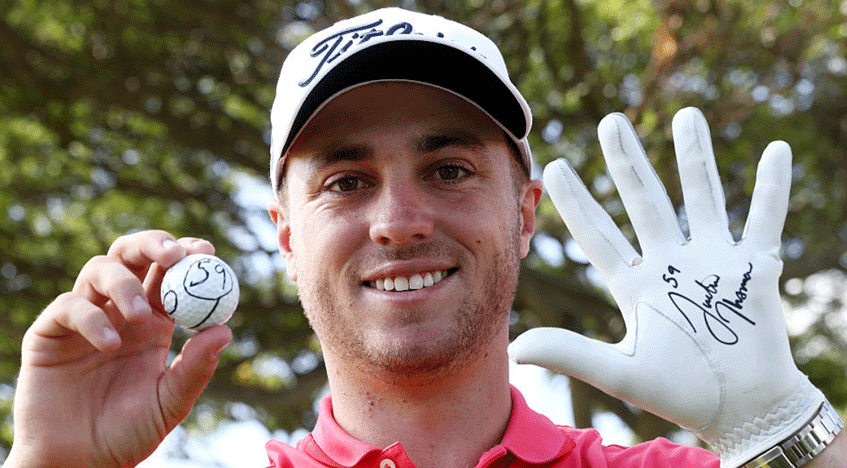 There were plenty of casual golf fans Googling the name “Justin Thomas” over the weekend. It’s understandable. Here is a player who has never finished higher than 18th in a major championship, never had his name bandied about for Ryder Cup consideration. Before the calendar turned to 2017, his only two PGA Tour wins were both at the CIMB Classic in Kuala Lampur, Malaysia. Thomas not only won the first two tournaments of the 2017 calendar year – the only golfer other than Hall-of-Famer Ernie Els to sweep both Hawaii events – but he did so in record-setting fashion, becoming the eighth player to shoot 59 and setting the all-time PGA tournament scoring mark with a 72-hole total of 253.

There’s More about You than the Company You Keep

So what is there to learn about Justin Thomas? Until he was suddenly anointed as “golf’s next superstar” Thomas’ greatest notoriety was being the buddy of Jordan Spieth. His most famous swings were taken as part of the SB2K16 crew that included Spieth, Rickie Fowler and Smylie Kaufman enjoying Spring Break hijinks in the Bahamas on Snapchat.

Justin Thomas grew up in Kentucky where his father Mike was head professional at Harmony Landing Country Club. His grandfather Paul had been a good enough player to qualify for the United States Open in 1962 and once finished 15th in the U.S. Senior Open. Mike Thomas is the only golf teacher Justin has ever had, but most of the lessons leaned towards a love of the game rather than a stifling focus on technique. 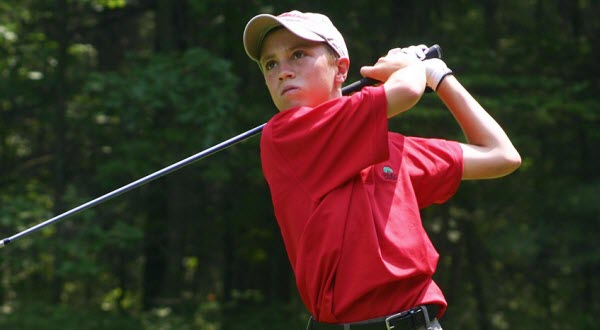 Justin began winning tournaments in elementary school. You could always identify him on the golf course in those days because he was the one wearing long pants in competition in the beastly Kentucky summers. That is what the guys on the PGA Tour wore, right? If it wasn’t the trousers that caught the eye it was the impossibly hard swing that the little guy used to generate distance (still, only 5’10” tall in FootJoy golf shoes and weighing 145 pounds, Thomas is among the Tour’s longest hitters).

In junior golf, Thomas began tangling with a hotshot player from Texas and he and Jordan Spieth have been linked ever since. In 2009, at the age of 16 at the Wyndham Championship, Thomas became the third youngest player ever to make a PGA Tour cut. Spieth didn’t get into a PGA event until the following year, although he made bigger headlines by contending at the Byron Nelson Championship and finishing 16th. In 2012 they entered college together, Thomas at the University of Alabama and Spieth at the University of Texas. As freshmen, Thomas won the Haskins Award as college golf’s most outstanding golfer and Spieth was ranked second. It should be noted that the University of Texas won the national championship.

Emerging from the Shadows

For Justin Thomas, there was always Jordan Spieth. Spieth made the Walker Cup team (the Ryder Cup for amateurs) in 2011; Thomas didn’t qualify until 2013. Thomas led the Crimson Tide to golf’s national championship as a sophomore; by that time Spieth had left Texas and was making waves on the PGA Tour. 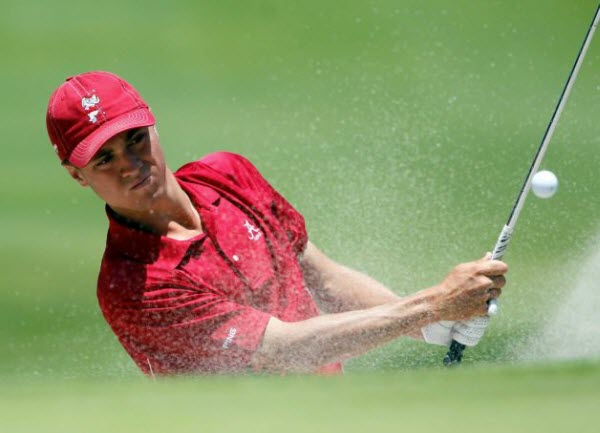 Justin Thomas while at the University of Alabama, image: golfchannel.com

When Spieth’s success spurred Thomas to turn professional in 2013, there was no immediate success to cement his position on the PGA Tour, as had been the case with his schoolboy rival. Instead, there was a trip to Q-School and a year toiling on the Web.com Tour. Thomas’ first professional victory came in the minor leagues at the Nationwide Children’s Hospital Championship – after Spieth had already won on the PGA Tour.

Thomas played well enough on the Web.com Tour to earn a spot on Tour in 2015. That secured a front row seat as his buddy won both the Masters and the U.S. Open to become the sport’s newest “next Tiger Woods.” Thomas broke through for his first victory in November of 2015 in the CIMB Classic, a joint venture of the Asian Tour and the PGA Tour. He won more than $4 million after the Tour returned to the States but there were no more wins.

Thomas won the CIMB Classic again in the obscurity of Southeast Asia for his second title to kick start the 2016 season. His heroics in Hawaii have now catapulted his name into the headlines of the New York Times, not just the Borneo Post.