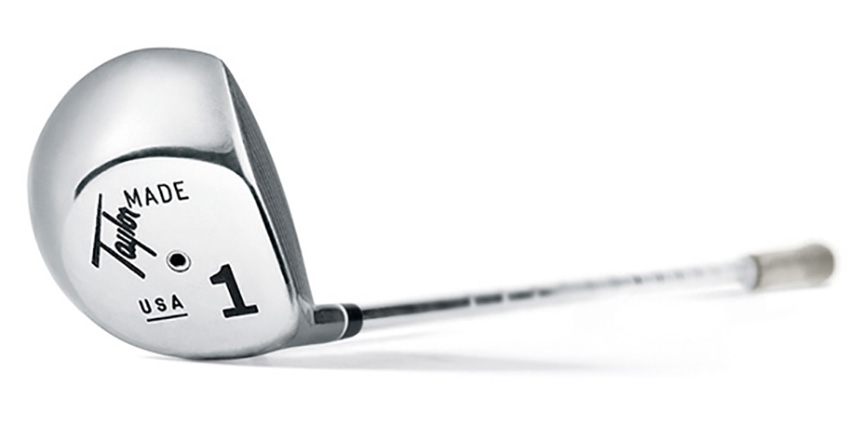 There are two clubs that golfers typically maintain a special relationship with: the putter and the driver. Players can spend years searching for just the right version of either club before settling into the ideal partner. The putter is used far more than any other club and is directly connected to one’s final score, so it’s easy to fall in love with a flat stick that serves you well.

A player’s relationship with the driver is more complicated. For centuries, drivers were handcrafted from pieces of pearwood, applewood and in the 20th century, persimmon. A driver was favored not only for its performance but as a work of art. If a favorite driver broke, it was more often repaired than replaced. Jack Nicklaus famously played for decades with his 945W Tommy Armour Super Eye-O-Matic driver. It would obviously take something very special to get the greatest golfer of all time to switch clubs.

The Pittsburgh Persimmon Changes Everything

The club that finally got the Golden Bear to retire his trusted Tommy Armour brand driver was introduced in 1979. That was the year that Gary Adams, the then 36-year old son of an Illinois golf pro, drove up at the PGA Merchandise Show with a trunk stuffed with his new revolutionary golf clubs. Adams worked as a salesman for a golf range supply company and he had noticed that the new two-piece golf balls he was peddling flew satisfyingly long distances off iron clubs, but not appreciably further than traditional wound rubber golf balls off traditional persimmon woods.

In his travels through the golf world, Adams had met John Zebelean, an engineer who had constructed a driver with a head fashioned from metal, like iron clubs. Adams took out a $24,000 loan against his house to create a metal-headed driver in a warehouse in his hometown of McHenry, Illinois. His new “metal wood” had a 12-degree loft and he called it the Pittsburgh Persimmon, a nod to the great Pennsylvania steel city. These were the clubs Adams carried to the merchandise show that day. In sales pitches for the new club, he called his company TaylorMade Golf.

Considering that the materials used in driving clubs had not changed for the better part of 500 years, the Pittsburgh Persimmon altered the golf world in the blink of an eye. PGA Tour players, always on the lookout for an edge, were some of the earliest adopters. Ron Streck was the first pro to use metal woods in competition and won the 1981 Houston Open with TaylorMade sticks in his bag. Within a few years, wooden-head clubs were historic relics.

The rise of metal head woods had a profound impact on the golf marketplace. Instead of being treasured works of art, drivers became a playground for technological innovation. Players began to look forward to the newest “model” of driver each year and traded their old drivers in on a regular basis. New materials were introduced, and club heads grew larger, to the point where the United States Golf Association was forced to cap their size at 460 cubic centimeters. This trend bothered even Adams, who would sell his stake in TaylorMade and go on to create a new company, Founders Club. Founders Club created more traditional-sized club faces with metal. Meanwhile, the company that started it all would go on to produce the “No. 1 Driver in Golf.”

The technological advances uncovered in the development of metal-faced drivers have been applied to TaylorMade irons as well, even before metal woods became commonplace. Its first irons, the KVD, were designed for former PGA star and then-announcer Ken Venturi. TaylorMade’s first major innovation with irons came in 1987 with the Tour Preferred TD line that featured hollow club faces (like its woods) with an increased sweet spot for additional “forgiveness” on errant strikes. The TaylorMade R7 was introduced in 2007 to take advantage of inverted cone technology developed for TaylorMade drivers to increase ball speed and distance.

Those technological breakthroughs have been applied in irons for both the touring pro and the average golfer. The RocketBladez from 2013 took advantage of a speed pocket design to increase speed and distance, a boon for the high handicapper. Precision instruments like the RSi TP were favored by pros such as Dustin Johnson. The current TaylorMade M iron lines bring to bear all the company’s expertise in carbon fiber technology. 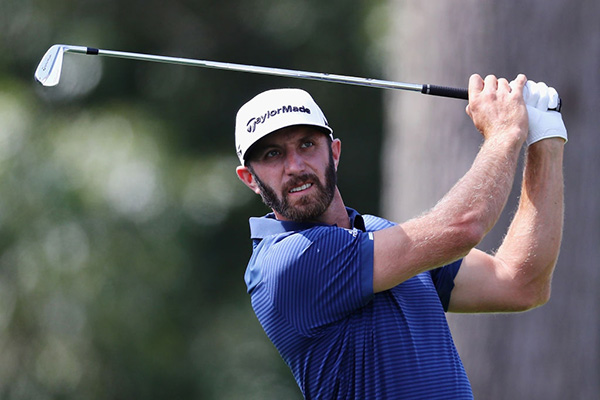 Unlike its rapid acceptance in the golf world of its woods and irons, TaylorMade golf balls left a much smaller ripple when its debut ball, the InerGel Pro ball, splashed down in 1999. Its underwhelming performance led to a 2002 decision to buy the legacy Maxfli brand from the Dunlop-Slazenger manufacturing group. The Maxfli had been a staple in the golf market since 1922 but TaylorMade found innovation here as well with the “soft and long” Maxfli Noodle.

After gaining a foothold in the golf ball market, TaylorMade set about establishing its own brand in 2006, the Tour Preferred TP featuring a high-performance urethane cover. As was the raison d’etre of its first product, the Pittsburgh Persimmon, TaylorMade’s golf ball emphasizes distance. The current standard bearer for the golf ball line is the TP5 and TP5x, the game’s only five-layer golf ball. The five layers are employed to deliver distance from every club through the bag, not just the driver.

Jason Day, Rory McIlroy, and Sergio Garcia are among the top pros puting the TaylorMade TP5 and TP5x golf balls into play. The TP5 delivers a bit softer feel coming off the club and a mid-trajectory. The stiffer TP5X is designed to launch higher and travel further down the fairway.