Golf Balls of the Past, image: ldgmag.com

When George Jetson teed it up at the Orbit City Golf Club on The Jetsons, he played golf holes with no rough and no fairways. Instead, the green floated in mid-air and George selected his clubs from a hovering golf car. Golf technology has not quite made it to the year 2062, but the infusion of scientific advances into the game has made it almost unrecognizable from a generation or two ago.

The impact of technology starts well before the player even gets to the course these days. Serious players follow training routines and utilize machines designed wholly to maximize the body’s potential in the golf swing. On the range, golf ball tracking technology has improved with the use of golf training aids along with GPS units and rangefinders to dissect results down to the fraction. These training aids were unknown to golfers of just the last century who had to rely on nebulous practice techniques like “feel” and “rhythm” in evaluating their golf swings.

It All Begins with Golf Club Technology

The advance of new golf technology is best measured in the golf club itself. The first golf clubs in the ancient game were literally sticks. King James IV of Scotland made the first known golf equipment purchase in 1502 when he ordered clubs fashioned by a local bow-maker. Clubs were carved from European hardwoods such as pear, holly, and apple. The first heads of iron were not introduced until the 1750s when local blacksmiths began to bend metal over their forges. In those early days of golf, changes to equipment were measured in centuries.

That began to change in the 1920s with golfs first real technological breakthrough – the steel shaft. Mass production of steel golf shafts was the first foray into hi-tech golf clubs and caused golf’s popularity to soar. As new materials became available, many were tried and tested in the golf shaft. Fiberglass failed but graphite quickly became a hit.

The lightweight graphite shafts meant that manufacturers could devote more size and weight to the club head. Space age metals replaced wood. In the blink of an eye, traditional woods were gone due to the introduction of the Callaway Big Bertha Driver in 1991. The pace of golf club innovation has not slowed since. Every year golfers now expect new advancements in equipment rather than waiting decades for new golf technology to come into the market. 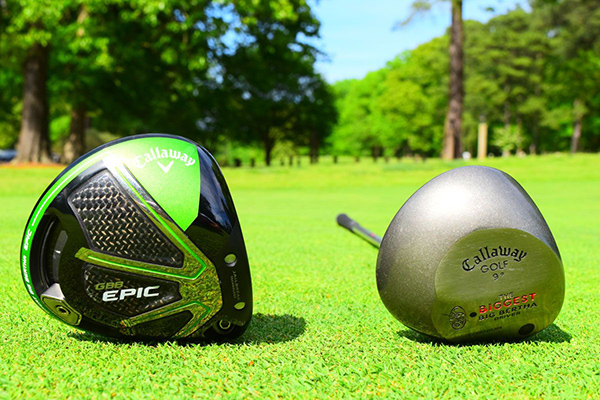 Golf ball technology history has followed a similar trajectory to clubs. For hundreds of years, a golf ball was simply a leather case stuffed with boiled goose feathers. In the 1800s gutta-percha, a natural rubber extract, was used to construct the first hard-covered ball. In 1898 Coburn Haskell, working in a Goodrich tire plant in Ohio, devised a method of building a golf ball with a solid core wrapped tightly with rubber threads. The Haskell ball was the prototype for golf balls into much of the next century. 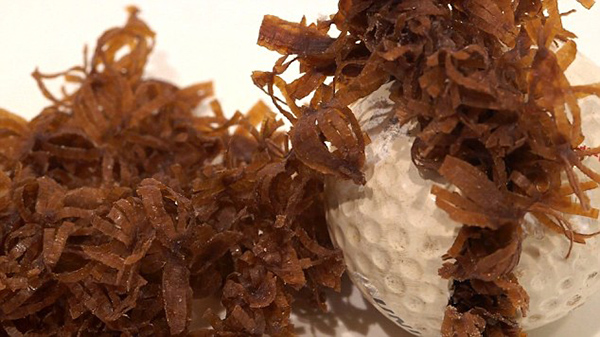 The new advances in golf club technology consequently demanded improvements in the golf ball to take maximum advantage of the new hi-tech clubs. Golf balls were developed that catered to desires for extra distance or precise control. The days of one-ball-fits-all were over. There are now balls for hard swingers, slow swingers, and players who need variations in compression – a golf ball for every style of golfer. Just like golf clubs, golfers continue to expect some technological upgrades and improvements every year from golf ball manufacturers.

Modern golf has hitched itself to the treadmill of technology, for good or for worse. One thing is for sure, the game of golf in the next century will undoubtedly look very different than its long history.