It is good to be Bridgestone Golf these days. For many years, the Japanese company has put out some of the game’s most consistent, high-quality golf balls. In the process, Bridgestone shaved a few points of market share from the likes of Titleist and Callaway without generating much buzz in the golfing world.

That changed in 2017 with the announcement that Tiger Woods would be adopting Bridgestone golf balls out on Tour. It didn’t hurt that during his preparation for a return to the Tour Woods stated that it may be time for golf to consider a limited distance ball since the new balls he was hitting (the Bridgestone Golf name went unmentioned) were going farther than ever before. 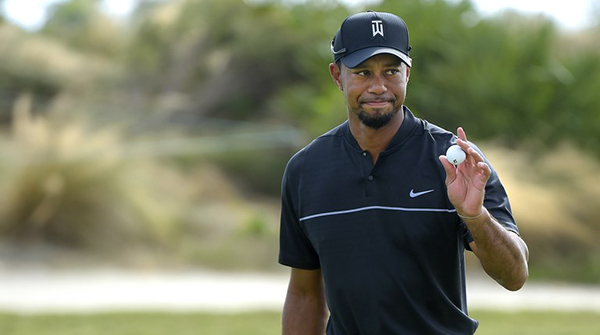 Bridgestone is not letting the big Tiger Woods moment go to waste. The company is stepping up its game in 2018 with the introduction of its top-of-the-line TOUR B Series golf balls. The TOUR B Series, with four golf ball offerings, will replace the previous B330 Series.

Bridgestone innovated the process of ball-fitting, in the same vein as club-fitting, about a decade ago. In the time since Bridgestone engineers have collected information on 2.5 million individual golf swings. Those data points are crunched into golf balls designed to improve a player’s game at every level of play.

One thing that Bridgestone created out of this research was its proprietary Seamless Cover Technology with Dual Dimple Technology – a dimple within a dimple. The cover configuration produces less drag when the ball is in flight for more efficient ball trajectory. This efficiency translates into streamlined aerodynamics that creates more distance and increased roll.

While all four of the new TOUR B golf balls are designed for superior feel in ball-striking and carry the promise of Bridgestone’s most advanced technology yet, each ball in the series is weighted slightly towards a different caliber of player.

TOUR B X – The Bridgestone TOUR B X is the ball for low handicap players looking to maximize feel and spin on the scoring shots around the green. The urethane cover has been softened by 12 percent, and the gradation core construction used inside the TOUR B X lessens side spin in the quest for flag-hunting accuracy.

TOUR B XS – The Bridgestone TOUR B XS is another option for the low scorer; delivering increased ball speed and more distance than its TOUR B X sibling. The TOUR B XS will also produce a bit more spin with its softer cover.

TOUR B RX – The Bridgestone TOUR B RX is designed for the player who shoots in the 80s and is looking for a bit more distance. The 3-piece, urethane-covered TOUR B RX is built around a lower compression core that will generate approximately five more yards of distance than its predecessor, the TOUR B330 RX. If yellow is your color of choice in a golf ball, this is your only option to indulge in the new TOUR B Series.

TOUR B RXS – The Bridgestone TOUR B RXS is the ball where the lower compression core and soft SlipRes cover formulation come together for more distance and an enhanced feel. The patented urethane cover generates increased friction with the club face to control those tricky approach shots.