Will Spieth Take the Grand Slam with Next Two Majors? 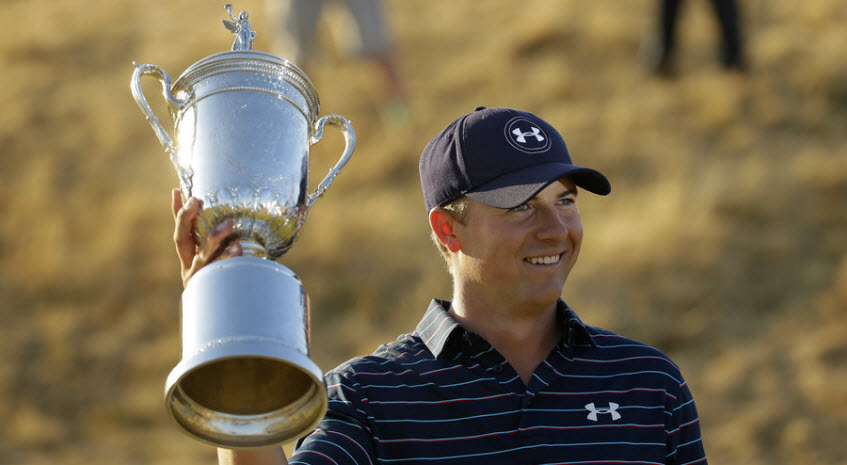 It takes one to know one. That’s why when the next ‘Chosen One’ in golf appears, it’s always useful to listen to the game’s immortals. When Jack Nicklaus had a coming out party of sorts at the 1960 U.S. Open, Ben Hogan said, “I just played with a kid who should have won this tournament by ten shots if he had a brain in his head.” Bobby Jones watched Nicklaus play and remarked, “He plays a game with which I am not familiar.”

When Tiger Woods won his first Masters, Nicklaus observed, “He is going to win as many of these as Arnold and myself put together.” That would be 10 green jackets. You don’t hear those kinds of otherworldly superlatives radiating around Jordan Spieth… at least not yet. Sure he’s a splendid golfer, mature beyond his 21 years and possessing no obvious flaws in his game. However, even when he was making 28 birdies and reaching -19 at the Masters, the hyperbole machine was kicking into high gear in the press room, and not necessarily the locker room.

Can Spieth Win the Grand Slam? 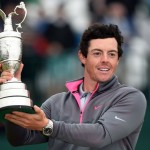 So will Spieth win the Grand Slam in 2015? He’s thrown his hat into the ring after bringing home hardware at the Masters and the U.S. Open, and is the only one eligible for the title this year. But let’s not forget he isn’t even the World Number One at this point. Three months ago, the talk was all about Rory McIlroy continuing his streak of major wins and chasing a “Rory Slam.” In early betting lines for the Open Championship at St. Andrews in July, Spieth isn’t the favorite – McIlroy is. Not only does the Irishman have the current Claret Jug but he has also fired a tournament-record tying 63 at the Old Course.

So as Spieth pursues the Grand Slam, the Under Armour and Titleist spokesperson still going to have to face some higher ranked players. While he’s managed to keep his cool so far (an impressive feat, for sure), the added pressure of trying to win all four majors will only make the task that much harder as the year progresses. The sports books have posted odds on Spieth winning the Slam at 25 to 1.

Before anyone gets disappointed if Jordan Spieth doesn’t overcome those odds, his 2015 achievements already should be celebrated. By winning the Masters and the U.S. Open, the first two major tournaments of the year, Spieth joins an exclusive club that includes Tiger Woods, Jack Nicklaus, Arnold Palmer, Ben Hogan and Craig Wood. That’s it. By the way, if you have not heard of Craig Wood, the Blonde Bomber may not belong in such noble company, but he is a World Golf Hall of Famer. Before he won his back-to-back majors in 1941, he had lost in extra holes at each of the four majors.

Of the previous players who started the year with a Masters green jacket and a U.S. Open trophy, only Ben Hogan won a third consecutive major. The year was 1953 and he didn’t get a chance to play in the PGA Championship that year since the tournament dates overlapped – it was certainly a different era back then. The only other time a golfer has won three consecutive major championships was the “Tiger Slam” by Woods when he held all four titles simultaneously.

Spieth will be going up against formidable golfing history just trying to bag three consecutive professional major tournaments. If he does that, imagine the media circus at Whistling Straits as he tees it up with a chance to win all four. If Jordan Spieth is going to pull off a Grand Slam he’s certainly going to have a tougher time off the golf course than between the ropes.