Why the Future of Golf Lies in its Past – Part One

Golfballs.com is proud to present the first part in a series of guest blog posts by Mike Southern, curator and writer for one of our favorite golf blogs, Ruthless Golf. Read on for Mike’s take on why he believes the future of golf lies in its past.

Many golfers are worried about the future of the game. Studies show that participation in our sport is declining. These reports make us wonder: What can we do to make sure golf has a bright future?

Some folks worry that the game is losing its appeal because it takes too much time, that it costs too much for harried weekend athletes, and that the rules are too complicated. And all of these are reasonable fears.

Many of these same folks believe that the game’s future lies in it assuming new forms, such as “foot golf,” which is essentially just kicking soccer balls into large holes on the green, in order to make golf more popular or relevant. While these variants aren’t necessarily bad – foot golf actually looks like it would be fun – they don’t do anything to make the original game more popular. (If the concern is making golf courses more profitable, that’s fine with me. Let’s just be honest and say so.)

But in many ways, the problems we face aren’t that hard to solve. In fact, some of the solutions were the norm at different times in golf history.

You say the game is too expensive? Weekend players would benefit from using a half set of clubs; for most of us, seven clubs would be plenty for a good game. Instead of a driver, we could use a 3-wood with a driver-length shaft, which would make it easier to hit solid shots and wouldn’t cost us much in distance. If a half set of reasonable quality could be produced for less than $100, we might stand a chance of hurtling the price barrier.

You say the game takes too long? You say you’re concerned about pace of play? Then make nine holes the standard of weekend play. With fewer clubs to debate over, we would spend less time picking a club and more time hitting them, and greens fees would be less. A simpler version of the Rules of Golf could also be implemented for casual players to speed up play.

But if we really want to increase the appeal of golf, we need to take a hard look at our illusions about the game.

For example, golf is never going to be as popular as, say, soccer. You can buy a soccer ball for less than $20, grab a few friends, and have an impromptu game going almost anywhere within minutes without any further expense. Realistically, the requirements of golf are never going to compete with that… although I suppose an inexpensive “street golf” or, if you prefer, “Silly Bodkins” set with one club and some special balls might offer some possibilities. (I’m thinking of the Golf Now commercial with Old Tom Morris, of course.)

But ultimately, these are only peripheral issues. The real challenge is the golf swing itself.

The game has become too complicated for most would-be players. It simply shouldn’t take years of practice before you have a chance of breaking 90… and the statistics say that most players won’t, even after all that time. Given the outstanding abilities of modern golf teachers, it’s pretty clear that we need to reassess the teaching methods we expect them to use.

That’s why I believe we need to revisit golf’s past to find its future. There’s an easier way to teach this game, and we finally have the technology to do it.

Stayed tuned for the second part of this series where we discuss the history of golf and where some of the more popular golf swings originated. 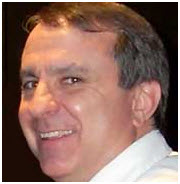