The 2015 Masters – Our Predictions 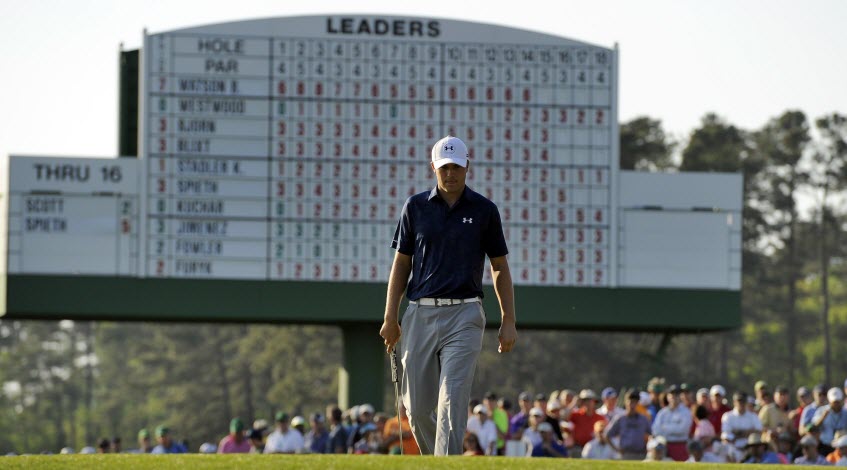 Azalea, Flowering Crab Apple, and Redbud might sound like a gardener’s next outdoor project, but if you’re a golf fan, those names can only mean one thing: The 2015 Masters is on the horizon.

The famous holes at Augusta National Golf Club, eponymously named for the trees and shrubs that line them, are about to receive their annual visit from the greatest golfers in the world in the first major of 2015. This year’s field of pro golfers – which could break one hundred players for the first time since 1966 – is a mix of long-time favorites and formidable up-and-comers. While names like Phil Mickelson and Tiger Woods are synonymous with Augusta National, a new generation of pro golfers could be making headlines this time out.

This year we decided to put together a list of players we believe will finish in the top five during the 2015 Masters. These are Tour pros that have shown incredible promise and steadfast play over the course of the last year, and are primed for an impressive showing in Augusta this April.

5. Jason Day – Currently No. 4 in the official world golf ranking, the winner of February’s Farmers Insurance Open is already a formidable name in major competition. He has been a runner-up in major tournaments on three different occasions, and has been consistently working his way up the ranks since 2006 when he won the Australian Master of the Amateurs. Perhaps 2015 is the year Day and his TaylorMade golf balls make another run at the Masters of the Pros.

4. Henrik Stenson – Currently the No. 2 ranked golfer in the world, (just under media favorite Rory McIlroy) this Swedish sensation may be stealing some of the Irishman’s limelight this spring at Augusta National. So far this year Stenson’s play has been consistent, earning three top-10 finishes and placing 2nd in December’s Hero World Challenge.

3. Bubba Watson – The man that has won two of the last three Masters can’t be overlooked, and is sure to give the field some stiff competition this year. Ranked 3rd in the world, the upbeat pro golfer needs no introduction. As long as he can keep sending bombs down the fairway – powered by an exceptional diet of high-calorie burritos the week of the event – he’ll be a good bet to crack the top five in Augusta.

2. Rory McIlroy – While we believe the top ranked player in the world will certainly be one to watch in Augusta this year, he has a bit of work to do if he wants to take home the green jacket in 2015 and complete his career grand slam. A recent club-throwing meltdown in Doral along with missing the cut at the Honda Classic tells us Rory may have a few kinks to work out before April. Still, his talent is undeniable and he’s sure to make a show, barring he can keep his irons away from the water on Redbud.

1. Jordan Spieth – Last year’s runner-up in Augusta may be this year’s winner. The 21-year-old from Texas would have been the youngest player to win the Masters, had he pulled it off in 2014. Spieth is fresh off a win at the Valspar Championship, his second PGA Tour title, besting Patrick Reed in a playoff that showed Spieth certainly excels under pressure. He is currently ranked No. 6 in the world, made a great run for the green jacket in 2014, and has had a fantastic 2015 thus far. We believe good fortune awaits Mr. Spieth at the Masters.

Other notable players to watch this year include Patrick Reed, Lee Westwood, Rickie Fowler, and Dustin Johnson. Unfortunately, Tiger didn’t make the cut, and although his camp swears he’ll be competing in the 2015 Masters (he’s even got his Nike apparel picked out), we just can’t be sure.

Nevertheless, there are plenty of seasoned names and fresh faces out there ready to compete for the green jacket this year during the 2015 Masters. It will certainly be fun seeing how our top-five list plays out this year in Augusta; just don’t hold us to anything.