This could finally be it – the major championship where all the world’s best players get into the ring for a good old-fashioned Battle Royale. For years golf fans have enjoyed the exploits of golf’s young stars, but to date, those accomplishments have not come in head-to-head combat. The 99th PGA Championship at Quail Hollow Club could change all that.

For one thing, Quail Hollow in Charlotte, North Carolina is a favorite regular stop on the PGA Tour. Everyone is familiar with the golf course and there will be no surprises. Yes, Tom Fazio has been recruited from up the road in Hendersonville to redesign a few holes, but this is still essentially the same track the players have showered with praise in the past. There likely will be no challenges from the weather. Now everyone just needs to bring their A game.

There were hopeful signs at last month’s British Open in Birkdale. Jordan Spieth emerged the winner in a duel with Matt Kuchar but mostly overcame himself. Even though Spieth was not directly challenged by the world’s top players, most of them – Dustin Johnson, Rory McIlroy, Jason Day, Hideki Matsuyama, Henrik Stenson and others – showed up in the Top 15 at one time or another. Let’s hope they all fire at once in Charlotte.

The most obvious attention will be on Spieth and his first opportunity to claim a career Grand Slam – and only being 24 years old. Despite being the youngest of the game’s top players, Spieth is also the toughest mentally, and that is always a chore to overcome.

The betting shops have installed Rory McIlroy as the co-favorite in this PGA Championship. There has seldom been a dull moment for the four-time major champion in 2017 with equipment changes and injuries (bad things) and marriage (a good thing). Now he has fired his caddie of nine years (he is only 28) following the British Open. Through all that, McIlroy has already won twice at Quail Hollow and lost in a playoff another year. In 2015 McIlroy won the Wells Fargo Championship here by seven strokes at -21, five strokes lower than the tournament record. That kind of history on a course is hard to ignore. 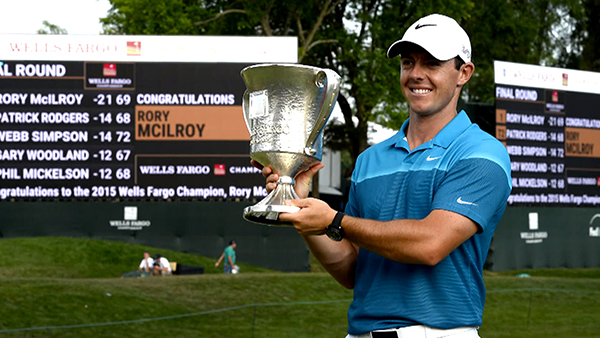 The only player who can match McIlroy for sheer talent is Dustin Johnson. He has played “about 80 percent” since taking a spill in a rental house before the Masters. Despite that, last week in the Canadian Open, Johnson played his first tournament with four rounds in the 60s, so there is every expectation that he will contend at the top of the leaderboard in the PGA Championship.

Even Jason Day, who has been mostly missing in action for over a year since ascending to World Number One, showed signs of life at Royal Birkdale with an opening 69 and a 65 in the third round. It was only two years ago that day he won this tournament with a record 20 under par to claim the number one spot. 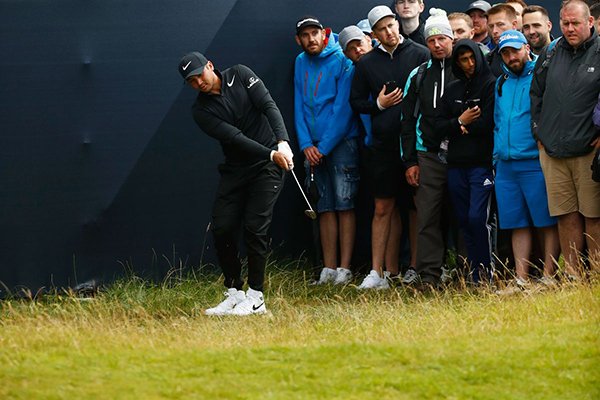 As for the players who have never won a major championship, the signs are pointing up for them as well. Rickie Fowler won one of his four PGA titles at Quail Hollow. Matsuyama has finished in the Top 15 in four consecutive major championships. Jon Rahm broke par in three of the four rounds at the British Open after missing the cut for the U.S. Open.

Next year, the 100th version of the PGA Championship will be a time to reflect on its history and high on that list will be looking back on the 99th renewal at Quail Hollow. This one’s going to be the serious showdown fans have been waiting for.