No Trick Required: Wesley Bryan Wins on the Web.com Tour

Score one for the sideshow. There are two great entertainments in golf: the long drivers and the trick shot artists. Despite the obvious advantages of prodigious length, the long drive specialists have rarely been able to transfer their unique talents to actual success on the golf course. Trick shot artists are apparently enjoying more success however, as witnessed recently when Wesley Bryan scorched Le Triomphe Golf and Country Club (in Golfballs.com’s backyard!) with a final round 68 to capture the Chitimacha Louisiana Open on the Web.com Tour. He pocketed $99,000 for his first-ever title in just his third outing at this level.

Bryan is one-half of the trick shot team, the Bryan Bros., whose golf wizardry has been displayed on their popular YouTube channel since 2014. Wesley and George Bryan are both former University of South Carolina golfers in their mid-twenties who have been plying the fringes of professional golf since their college days. George, a three-time All-American, holds the all-time Gamecocks scoring record. But despite their collegiate success, they are most known for trick golf shots like these:

Carrying on an Honored Tradition

The Bryans are the digital-age torch-bearers for the time-honored craft of the trick shot artist. The first player to make his name with his imaginative trick shots was Joe Kirkwood in the 1920s. Kirkwood could play equally well left-handed and right-handed and traveled the world giving trick-shot exhibitions. Kirkwood would drive balls off the noses of assistants as they spread out on the ground, drive balls off the back of an elephant, and hit two balls at once in different directions. He once scored a hole-in-one off the face of a watch – the timepiece never budged. Along the road Kirkwood, a native of Sydney who claimed to have played 6,000 golf courses, put Australian golf on the map. From his path have sprung such stars as Peter Thomson, Greg Norman, Adam Scott and Jason Day.

Kirkwood could also get the ball in the hole, and set a record in winning the Australian Open in 1920 when he was 23 years old. He won a British professional tournament by 13 strokes and finished in the Top Ten five times in the Open Championship, in ten tries at the Claret Jug. He claimed 13 wins on the PGA Tour. In his later years Kirkwood gave lessons to Dwight D. Eisenhower and Richard Nixon and shot his age when he 63 years old. 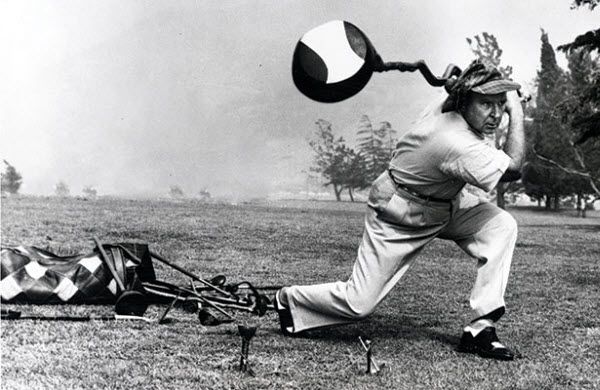 Can the Bryans Emulate Kirkwood’s Success?

Joe Kirkwood’s record of achievement remains the gold standard for trick shot artists. Wesley Bryan earned his Web.com Tour playing card at the 2015 Q-School, and his win in Louisiana puts him in excellent stead to finish in the Top 25 for season winnings, plus a get-in-free card to the 2017 PGA Tour.

In between trick shot videos, George Bryan has been working with the George Bryan Golf Academy in Chapin, South Carolina, run by the boys’ father. He also dreams of the ultimate prize – the PGA Tour – while playing in regional events.

For every golfer who makes it to the PGA Tour, there are a hundred others who look just as good on the range. Every tour golfer can play. The Bryans hope that the skill required to play trick shots, however, can supply that razor-thin edge that separates the really good players back home from those on tour.

After all, concludes Wesley Bryan when he analyzes the pressure of tournament golf, “If I threw the ball up and hit it, I’d have no problem hitting the fairway. If you can’t hit a fairway when the ball is just sitting there on a tee, you might as well go home.” 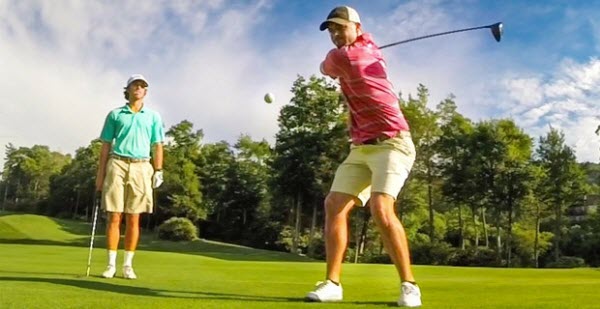