The Tiger Effect: Golf Needs Him Now More Than Ever 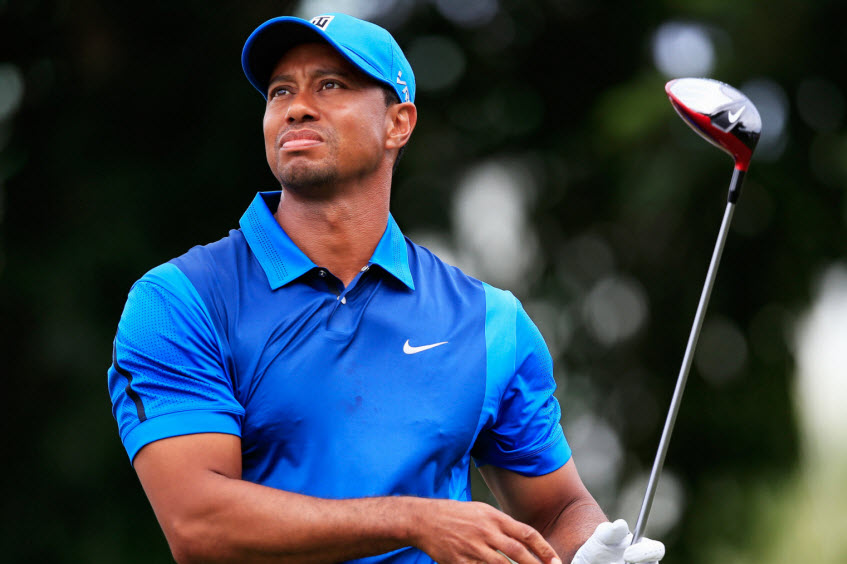 The PGA Tour has certainly begun to hear the ghost of Tiger Woods. As his career appears to be coming to a conclusion, he’s clearly struggling to continue his torrid pace toward victory. At this point, Tiger’s even having a hard time making it through a full year on the Tour. And even though we can document what has gone on both in his exploited private life and on the golf course, Tiger’s influence on the game of golf will never truly be understood until he walks away.

Lack of Inspiration, Lack of Results

Love him or hate him, there’s no denying that Tiger Woods has had an enormous impact on professional golf. When Woods appears in a tournament (and most years he barely plays in the minimum 15 required to keep his PGA Tour membership), crowds swell, television announcers swoon, ratings spike, sponsors line up and everyone rolls in money. But how much is Tiger Woods worth to golf? That’s debatable.

Tiger’s charismatic success was once crowned as an inspiration for a whole new breed of golfers. Instead, 18 years into his career, professional golf looks more like a country club game than ever before.

In the 1970s, the best golfer not named Nicklaus was Mexican-American Lee Trevino, a man who was picking golf balls up off of dusty southwestern driving ranges before going pro. On the PGA fairways, you could also see a Puerto Rican star in Chi Chi Rodriquez, whose first clubs were carved tree branches; Calvin Peete, an African American who was so poor as a kid he couldn’t even afford to have a broken arm properly set, but went on to win 12 PGA tournaments; and Isao Aoki, a golfer who emerged from the Japanese caddy ranks to win 73 times around the world. Such backstories and triumphs of the human spirit moved golf-enthusiasts and non-fans alike.

Tiger Woods didn’t have such a colorful journey to glory, but his natural likeability, youth and pure talent rocketed him to stardom regardless. However, his marital troubles tainted his public persona so the world no longer rooted for this pro-athlete. Golf fans were left with players that all came from privileged backgrounds with narratives that are fairly interchangeable with one another. Though the sport has plenty of talent, golf lacks heroes.

Since Tiger went pro, except for a rare burp every here and there, the total number of rounds of golf played in America has gone down each year.

In fact, before Woods arrived in the 1990s, the US was in the midst of a golf boom: an average of three new courses opened every day. Then, around the time Woods wrapped up his Tiger Slam in 2001, with trophies from all four majors on his mantel, the trend of growth halted. The sound of bulldozers pushing turf around on new golf courses was replaced by the eerie silence of the wind whistling through shuttered golf architects’ offices. Now some of this may be due to the economy, lack of landscape and interest in other sports, but it’s worth mentioning. And it is by no means Tiger’s fault that his story, his presence on the tour and his success has not led more people to the fairway.

The world has simply changed and shifted under golf’s feet. For a number of reasons, sons and daughters are no longer counting the years until they can join Mom and Dad on the course.

When Tiger Woods burst onto the sporting scene, his father Earl literally told the world in an interview with Slate Magazine, “He is the Chosen One; he’ll have the power to impact nations.” At the time, it was hard not to believe it, too. After all, here was a multi-racial kid with a megawatt smile and transcendent golfing talent enough to garner the highest praise from Jack Nicklaus: “He plays a game with which I am not familiar.” Bobby Jones had once said the same thing about Nicklaus.

In 1996, when Tiger Woods put the ball on the peg as a professional for the first time in Milwaukee, Wisconsin, only nine golfers on the PGA tour won a million dollars during the season. In 2013, there were a staggering 82 golfers who took home more than a million on the tour. The average winnings have increased significantly since Tiger’s arrival. More sponsors equaled more money.

Take, for instance, Brian Stuard – a Michigan golfer you’ve probably never heard of. He played in 25 tournaments and cashed in only 15 times in 2013. During one three-month stretch he played in ten events and missed the cut a whopping eight times. Though he finished in the Top Ten on four occasions, he never seriously contended for a title. Even at mediocrity, Brian Stuard won more than a million dollars playing on the PGA Tour. Thank you, Tiger Woods.

Economically, Tiger’s absence is going to hurt the industry more than individual players. Based on a recent estimate, the lack of Tiger Woods could cost the golf world upwards of an astounding $15 billion. This number is based on the 25 – 30 percent TV ratings drop for all events in which Tiger doesn’t play. Needless to say, golf needs him to play right now.

So, Tiger Woods is back on the range hitting Nike golf balls and wearing his signature Nike golf hats as he prepares to return from his latest back injury. The impending return is great for him, the industry, fellow pros, television networks and the hordes of golf fans around the world. And it’s also a plus for the millions of “Tiger fans” who are non-golfers and those hobbyist, weekend players – after all, they play a bit part in facilitating the game, buying the products he endorses and keeping the sport alive.

He’ll be back. Of that, there’s little doubt. And while we can’t say just when Tiger Woods’ next tournament will be, we can say he’s great – no, vital – for the game.