When modern golf balls began being constructed with yards of rubber bands on the inside, the world’s largest rubber manufacturers – tire makers – quickly got into the game. Goodrich, Goodyear, Firestone, Dunlop, and others all had their own brands of golf balls. Such was also the case with Bridgestone, today’s world leader in tires and rubber products.

The story of Bridgestone starts with Shōjirō Ishibashi. Born in 1899, he was the son of a tailor and went into the family business. As a young man, Ishibashi guided the company into the manufacture of traditional Japanese work sandals known as tabi. A natural salesman, Ishibashi brought the first American car to Japan in 1906 and painted the sides to promote his heavy straw sandals. 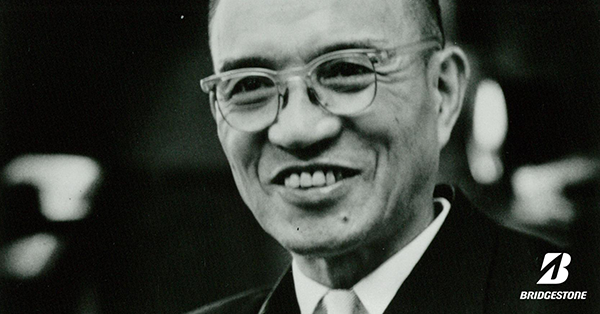 In the 1920s, Ishibashi began outfitting his tabi with durable rubber soles, an innovation that sent profits soaring. In 1930, he began looking for other products to churn out from his rubber factory. Ishibashi studied European and American tire makers and produced Japan’s first rubber tires in 1931. Looking beyond Japanese borders from the beginning, he called his company Bridgestone – “Ishibashi” translates to “stone bridge” in English.

Four years later, Bridgestone produced its first golf ball for the Japanese market. Over the years, Bridgestone Golf evolved into the country’s second largest manufacturer of golf balls after Sumitomo Rubber. In 1972, the company reached an agreement with the legacy American sporting goods manufacturer Spalding to form Bridgestone Spalding Co., Ltd. In addition to gaining a beachhead for its golf balls in offshore markets, Bridgestone began marketing golf products in Japan. By 1981, Bridgestone’s Shizuoka Plant turned out its one millionth golf club.

In 1982, Bridgestone introduced its two-piece Altus golf ball. It was similar to Spalding’s Top-Flite which was marketed to the recreational golfer in pursuit of distance and durability. The Altus was promoted in halting English as “with all dimple and an extra tough cover.”

The 1980s were a time of dimple innovation as golf ball companies began playing with the traditional 336 small round depressions. Bridgestone rolled out an Altus with 318 tiny dimples inside the regular 318 dimples. However, researchers at Acushnet, the maker of Titleist, put the Altus under a microscope and announced that those tiny dimples were so small as to be invisible. At any rate, the Altus 318 never caught on. 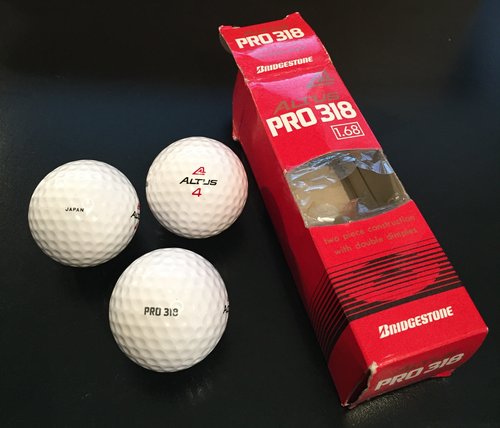 Bridgestone committed a larger faux pas in 1988 with the introduction of the Altus Newing 432. After investing one billion yen and shipping 240,000 balls, the Altus Newing 432 was deemed by the Implements and Balls Committee of the Royal and Ancient Golf Club of St. Andrews (golf’s ruling body outside the United States) to be illegal. The Altus Newing 432 launched off a driver face at 255 feet a second, five feet over the acceptable limit. Bridgestone said the culprit was a higher than normal number of chemical additives in the core. The Altus had to be modified before returning to the market.

Success on the World Stage

While the Altus gradually established itself as a popular two-piece distance ball for recreational players, Bridgestone took aim at the professional player. In 1990, Bridgestone released new golf balls under the brand name Precept, and in 1992, Nick Faldo scored a breakthrough win for Bridgestone by capturing the Open Championship at Muirfield with a Precept Tour Double Cover for his fifth major title. Two years later, Nick Price won the Open Championship and the PGA with a Precept EV Extra Spin. In 1996, Faldo used a Precept again to win the Masters. 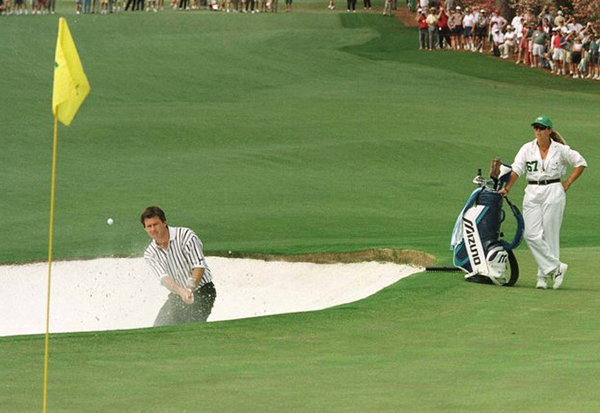 Bridgestone entered the new century firmly entrenched in the golf ball market, although its name was unknown to most golfers. In 2006, the company made strides to rectify that by beginning sponsorship of the WGC Invitational. Five years later, the Bridgestone Golf brand was launched in Japan, and the company’s name began appearing on its golf balls. By this time, Bridgestone had introduced ball fitting. This concept is similar to club fitting and seeks to match a golf ball to an individual player’s swing. Company engineers have data from nearly three million golf swings at their disposal.

Bridgestone scored a major coup in early 2018 when Tiger Woods came on board following the decision of Nike Golf opting to pull out of the golf equipment business and focus instead on apparel and golf shoes. As Woods pursued his headline-making comeback to championship golf throughout 2018, it was the Bridgestone TOUR B line he was putting in play. Woods and Bridgestone collaborated to bring out the special edition TOUR B XS with a special “TIGER” marking on each ball with a portion of all proceeds going to the TGR Foundation.

Needless to say, in the span of 100 years, Bridgestone has come quite a ways from Mr. Ishibashi’s straw sandals. 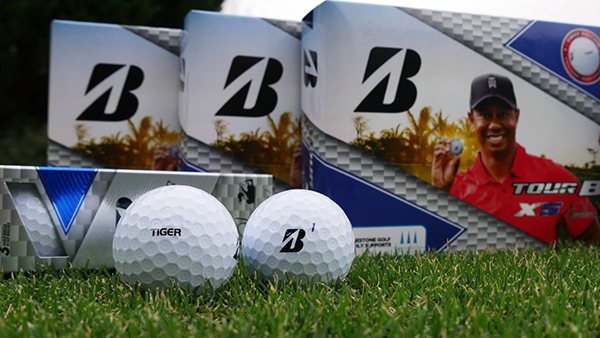