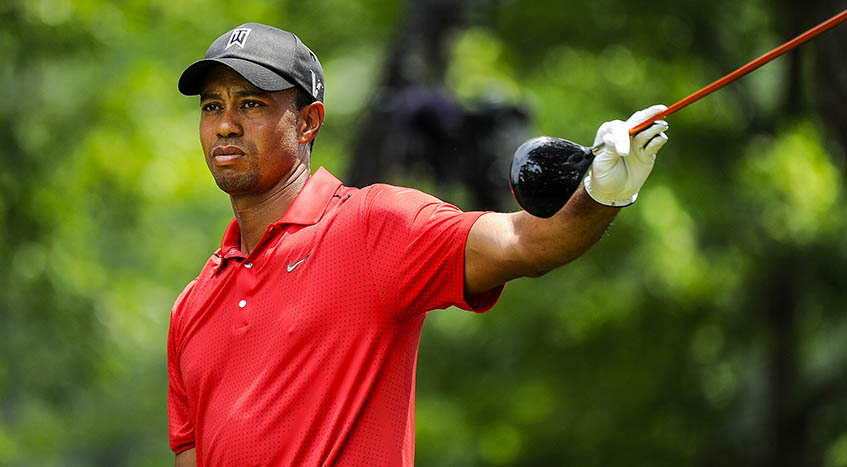 Golf isn’t like baseball where you can be on the injured list for a month then return to belt a homerun into the right field seats. You can hit as many practice balls as you want, but the only way to play tournament-caliber golf is to regularly play in PGA events; Tiger Woods proved that he is no exception.

Woods had not been seen on the PGA Tour since back in March, when back pain forced him to the surgeon’s table. He wasn’t looking to return to play until late July, but after already missing the 2014 Masters and U.S. Open, he decided to push things a bit and play before the The Open Championship.

Congressional was certainly no stranger to dramatic comebacks in the face of physical adversity. Fifty years ago this June, Ken Venturi came to the United States Open at Congressional ready to “start selling cars” as he later put it. His promising career had been derailed by injuries and he was just about out of money. He worked his way into contention at Congressional but faced a 36-hole final on Saturday, as was tradition at the time.

As usual, the thermometers in Washington showed insanely hot numbers with suffocating humidity. Between rounds Venturi, suffering from dehydration, lay on the locker room floor. The attending USGA doctor advised him not to go out to play and to do so might be lethal. When Venturi rose, he walked to the first tee on autopilot. Four hours later he had won the tournament but could not recall any winning shots. He was so delirious during his heroics that he forgot to keep his numbers on his scorecard.

There would be no similar Congressional heroics for Tiger Woods in 2014. He bogeyed his opening two holes on Thursday and was six over par after 12 holes. Although Woods played the next 24 holes in near par, he never came close to making the 36-hole cut and failed to advance to the weekend for only the tenth time in his professional career.

Still, Woods could not be more pleased with his pedestrian rounds of 74 and 75. He was able to go all out with his Nike Covert 2.0 Tour driver, which dispelled his biggest concern coming back to tournament golf more quickly than his surgeons had predicted. He attributed his lousy scores to little mistakes, the kind of rust that can easily be tidied up. At Congressional, he missed 16 greens and only managed to save par a very un-Woods-like three times.

Woods is scheduled for a week’s vacation with his kids before the Open Championship in Hoylake in two weeks. Naturally the pundits think he should spend that week getting more competition – the Scottish Open at Royal Aberdeen would be ideal – to knock off even more rust.

Even his playing partner in the Quicken Loans National, Jordan Spieth, had some kind critiques for Tiger: “He looks good; he’s not over-swinging it and he’s in rhythm. He wasn’t aggressive enough putting, but we were all leaving it short. Other than that, he’s not that far from being right where he was. I think he will be a severe threat at the British Open – probably as favorite.”

Only Tiger Woods knows what is best for Tiger Woods. Only time will tell if we will see this once-champion walking the course in his signature red Sunday shirt and classic Nike golf hat, on the prowl to reclaim his crown.