A Look at the 2015 Arnold Palmer Invitational 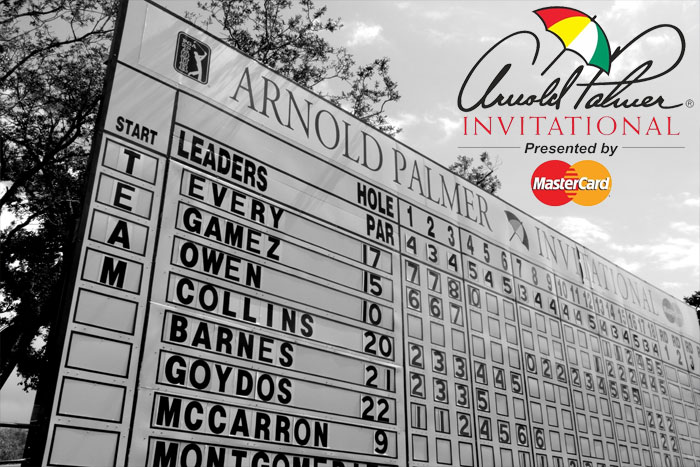 Tiger’s out, Rory’s in. This year’s Arnold Palmer Invitational at Bay Hill Club & Lodge should prove to be an exciting tournament chock full of thrilling performances and fierce competition moving well into the spring portion of the PGA Tour season.

With so many big names making up this year’s roster, it may be easy for some to forget one of the most noticeable absences coming out of Orlando this week. Tiger Woods, following a series of subpar tournament performances, will not be taking his golf clubs to sunny Florida for this year’s API. With the Masters not far off on the horizon, one has to wonder whether or not the Big Cat will be ready to tee it up for this year’s first major championship event.

Another headliner is the fact that Rory McIlroy, who has long avoided the Bay Hill Brouhaha, will be making his first appearance ever at the 2015 API. Rumor has it that Rory’s final decision to play in this year’s Invitational stems from a playful threat over a broken arm for avoiding the tournament in years past from The King himself.

With all kidding aside, there’s a lot to talk about moving into the next PGA Tour event, so let’s get to it.

Last year’s Bay Hill competition presented its share of upsets and surprises. Most eyes during the tournament were focused on two big names on the PGA Tour: Keegan Bradley and Adam Scott. In fact, it was Adam Scott who turned out to be a commentator favorite, especially after his phenomenal first round of play, matching a previous course record after shooting a super-low 62.

Unfortunately for Scott, what promised to be a formidable advantage over the competition moving into later rounds turned into an impossible session to live up to as he went on to sink his ball in a water hazard during the final round of the tournament, giving other players a chance at redemption.

It was then that Matt Every, a 31-year-old Daytona Beach native, took full advantage of Scott’s haphazard final round, closing in on Scott’s lead by sinking shot after shot, nailing four birdies within five holes.

The back nine during the final game proved to be a nail-biting event as Every struggling to maintain his slight lead with Scott and Bradley nipping at his heels. Still, the Florida golf pro pulled off the win by a single stroke over Bradley on the 18th hole, claiming his first ever PGA Tour victory.

The 2014 Arnold Palmer Invitational certainly provided plenty of tension and excitement over the four-day event, and it didn’t even have golf’s top golfers in attendance. So what can we expect when the best of the best show up this year?

2015 Arnold Palmer Invitational: Who To Watch

It’s no surprise that most eyes will be focused on a few big names during this year’s event. After all, the top five players in the world will be gracing the Florida course with their presence when they hit the fairways this week. The A-list of today’s golfing greats includes none other than the No. 1 ranked golfer in the world – Rory McIlroy – along with Jason Day, Bubba Watson, Henrik Stenson, and Adam Scott.

What started out as the Florida Citrus Open Invitational in 1966 has evolved into one of the PGA Tour’s most relished tournaments, eponymously named after one of golf’s greatest all-time players since 2007.