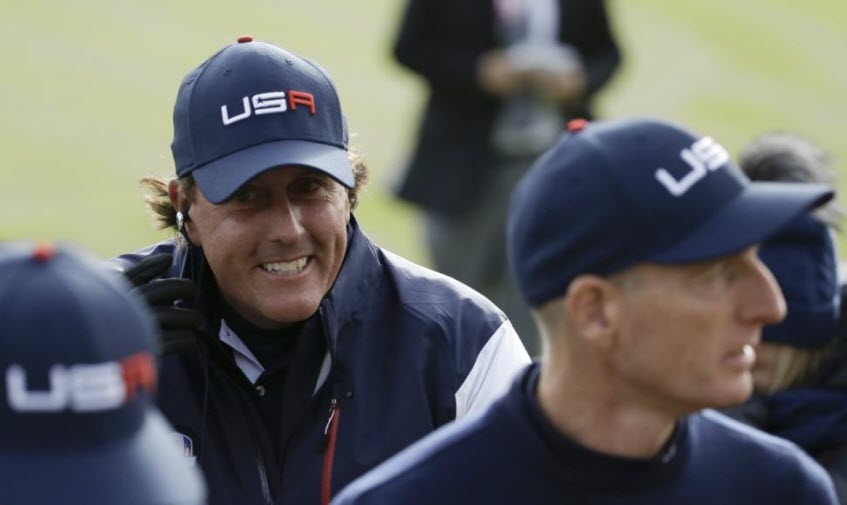 Americans have had a lot of questions following another Team USA defeat during the 2014 Ryder Cup.  Now, the PGA of America is answering back by taking action.

Following an onslaught of bad press, criticism and finger-pointing after USA’s 2014 Ryder Cup loss, the PGA has decided to take a proactive approach to Team USA’s Ryder Cup woes by establishing a task force with the sole purpose of dissecting America’s current Ryder Cup strategy – and finding better ways to improve it.

Considering the disheartening loss by the Americans at the Gleneagles Hotel during the latest contest between the two longtime rivals (16 ½ to 11 ½ final), taking a tactical approach to come up with solutions for Team USA’s shortcomings during the biennial event couldn’t have come at a better time.

When it comes to calling out all the stops, the PGA is going to deliver: the 11-person task force includes an all-star cast of professional golfers, prior Ryder Cup captains and PGA of America officials.

Tiger Woods and Phil Mickelson – two professional golf institutions in themselves – will be accompanied by Callaway sponsored Jim Furyk, Steve Stricker and Titleist golf ball user Rickie Fowler. Interestingly enough, the five current players that make up the PGA’s Ryder Cup task force have only won 6 cups between them (Woods and Stricker have a victory each, while Mickelson and Furyk have been a part of two winning teams, respectively).

Derek Sprague, Pete Bevacqua and Paul Levy make up the three PGA officials that round out the 11-member ensemble.

With the 2014 Ryder Cup still fresh on the minds of professional golfers, commentators and fans alike, many people are questioning whether or not it’s a wise decision to jump right into trying to solve Team USA’s Ryder Cup problems, especially when emotions are involved. One of those critics is the only Team USA captain that has claimed a victory for America since 1999, Mr. Paul Azinger.

When the newly assembled task force was brought together by the PGA, the absence of Paul Azinger’s name certainly caused many golf fans to wonder whether a mistake had been made. After all, Phil Mickelson was Azinger’s unofficial cheerleader during the 2014 Ryder Cup press conference following Team USA’s defeat. However, it’s not like the PGA left Azinger out in the cold.

When Azinger was asked about the PGA’s invitation, he stated that, “I’m just not ready to sit down and jump on a task force. I have a scheduled meeting with the PGA of America in early November, and I just think it’s too soon for me to commit to jumping on a task force.”

Azinger went on to clarify later that the possibility of having some input during the process wasn’t off the table. “I didn’t say no,” he explained on Golf Channel’s Morning Drive, “I said not yet. I think everyone is going too fast. It’s just too soon to make that kind of decision when emotions are involved.”

So is the PGA moving too fast by already forming a task force to address the biennial despair that seems to surround Team USA during the Ryder Cup matches? Regardless of how the formation of a Ryder Cup task force plays out, it will be interesting to observe what this 11-member team comes up with when it’s time to lay out Team USA’s strategy moving forward.