For hundreds of years, the majority of golf clubs used had wooden shafts. Then in 1894, master blacksmith Thomas Horsburgh, a crack golfer at Baberton Golf Club in Scotland, fired up a set of steel-shafted clubs at his Cockburn smithy on Glenbrook Road in Balerno, near Edinburgh. On May 1, 1894, he was granted UK Patent No 8603 for “the use of steel shafts for golf clubs for the purpose of giving strength and elasticity.” While Horsburgh forged a complete set of woods and irons, his true purpose was to create a single shaft into which any clubhead could be screwed on to form a club. During his rounds at Baberton, he carried around his single shaft, and his trusty henchman lugged along a canvas satchel stuffed with the various clubheads.

But the real drawback to Horsburgh’s invention was that it was a solid piece of metal, and anyone lacking the creator’s blacksmith forearms could barely swing the club. By the 1920s, steel shafts were not adopted by most golfers, and Horsburgh allowed his patent to quietly expire. Others, however, began crafting steel shafts with just a hollow tube, and this manageable design drove wooden-shafted clubs out of nearly every golf bag by the end of the 1930s.

Steel shafts have not enjoyed nearly as long a run as the golf shaft of choice as hickory once had. Space age materials began crowding in on steel’s reign almost immediately. First came fiberglass, stronger than steel but also heavier. Gary Player won the 1965 U.S. Open wielding Shakespeare Fiberglass WonderShafts, but not many weekend golfers had the hand strength of the Black Knight. Fiberglass never caught fire in the marketplace. Next up was aluminum. Aluminum was certainly lighter than steel, and aluminum-shafted clubs could be swung faster with less effort to generate increased clubhead speed. Arnold Palmer found quick success with aluminum shafts in 1967, but the shafts needed to be constructed with thicker tubes to prevent cracking. Golfers never really cozied up to those “fat” aluminum shafts. 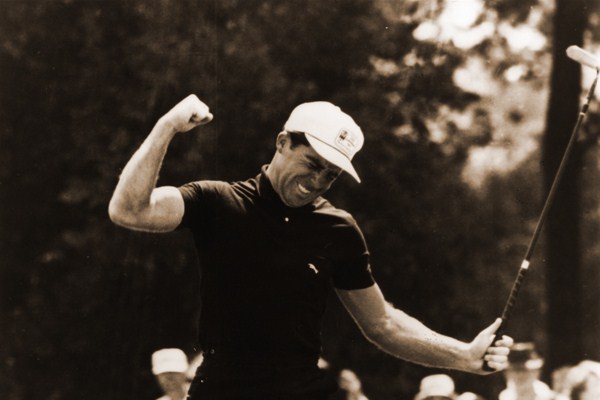 Union Carbide began winding filaments of graphite into golf shafts in 1968 and debuted the new shaft at the PGA Merchandise Show in 1970. Graphite is 14 times stronger than steel which means that a graphite shaft could be constructed that weighed a smidge over two ounces – lighter than aluminum and half the weight of steel. That extra weight was poured into the clubheads and translated into more distance. However, graphite shafts were still prohibitively expensive and it would take most of the remainder of the century for graphite-shafts to displace steel-shafted drivers.

In the 21st century, all drivers and fairway woods utilize some sort of composite graphite shafts. Steel-shafted drivers simply could not produce the same results in today’s power game. Graphite shafts, on the other hand, do not fare as well in irons where control and feel are paramount. Graphite continues to make inroads for some players against steel as shafts for irons.

Broadly, you should consider graphite shafts for iron clubs if you:

Composite carbon fiber shafts are ever improving and are approaching the rigidity of steel every year. Until that time, seek out steel shafts for irons when you:

The short story is that steel and graphite shafts live together in most golf bags, with the majority of graphite shafts being used in drivers and woods, while iron shafts are mostly attached to irons. Ultimately, one material may suit a golfer better than another, depending upon his or her specific need. A golfer should get fitted to know for sure!