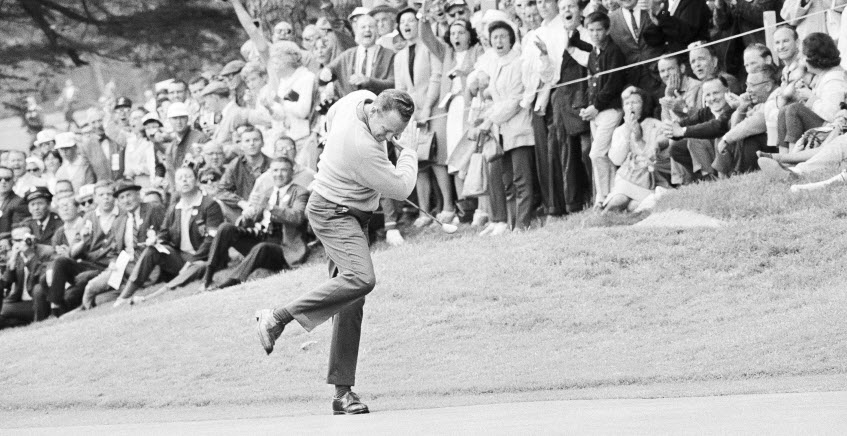 The world recently lost one of the greatest professional golfers in PGA Tour history with the passing of Billy Casper. The 83-year-old golf pro passed away at his home in Springville, Utah.

Casper’s golf resume spans several decades of professional play where PGA Tour players couldn’t retire on a single tournament win alone – unlike today’s affluent Tour pots of $1 million plus for a single event. Casper was the second millionaire made by playing professional golf on the PGA Tour, and it took him 14 years to do it. Casper also had an impressive collection of PGA Tour titles, securing 51 wins during his career as a Tour pro.

Billy Casper was born in 1931 in San Diego, California, during an age where professional swing consultants, physical trainers, sports dietitians, and super high-tech golf clubs were relatively unheard of or non-existent in the world of golf. And even if they were, Casper wouldn’t have had access to them.

Instead, Casper’s father got him started playing golf at the tender age of 5, turning an old cow pasture on the family farm into an improvised golf course for Billy to practice on. As Billy moved into his teenage years he started working as a golf caddie at the San Diego Country Club, surrounding himself with the game while making a little extra cash. Casper honed his skills through high school before moving on to enroll at the University of Notre Dame in the fall of 1950. It was here that Billy would shine as a member of the Notre Dame golf team before playing professionally on the PGA Tour. Casper turned pro in 1954 before securing his first professional win two years later in 1956.

A Lifetime of Awards

Once Billy Casper began playing golf professionally on tour, the rest was history. Casper racked up a lifetime total of 51 PGA Tour titles, a record that has stood the test of time against all but 6 other professional golfers, placing him in an elite group of golf’s greatest all-time players. It’s also a record that doesn’t seem to have any significant threats on the horizon, with 44-year-old Callaway spokesperson Phil Mickelson remaining the closest active player to Casper’s wins. Mickelson has 42 PGA Tour victories, and with another 10 needed to break through Billy’s, Casper’s record is looking more secure as the years roll on.

Casper also won three majors championships during his career, another record placing him on a list with some of the world’s greatest golfers. Casper also went on to take the 1970 Masters, as well as the 1966 U.S. Open.

Another integral part of Casper’s golf legacy was his impeccable performance time after time at the biennially held Ryder Cup competition. Kicking off in 1961, Casper managed to play on 8 consecutive U.S. Ryder Cup teams. He also went on to serve as team captain during the 1979 Ryder Cup at the Greenbrier in White Sulphur Springs, West Virginia.

Contrary to the US Ryder Cup team’s shortcomings over the last decade during the matches, Billy Casper competed in 9 straight Ryder Cup events – and the United States won every single one of them.

Billy Casper’s life was filled with significant accomplishments both on and off the golf course. A self-proclaimed family man and avid supporter of American servicemen and women, Casper helped raise money through his own company north of $1 million for the Wounded Warrior Project during the “World’s Largest Golf Outing” event.

A true golf pioneer that lived for the love of the game and family, Billy Casper will be missed.