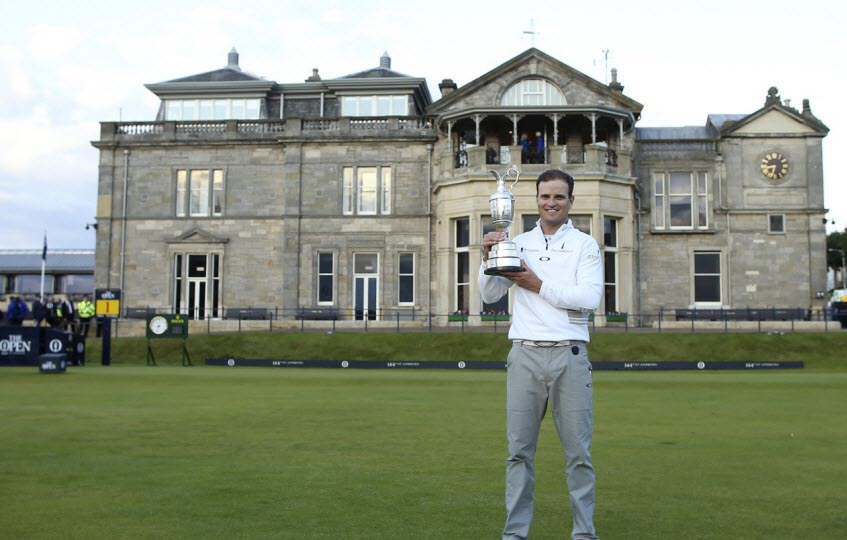 So, a John Deere Classic champion who came to St. Andrews on short preparation because he preferred to play the week before in Illinois won the 2015 Open Championship. However, instead of being the favorited Jordan Spieth, it was Zack Johnson. In a tournament that was packed cheek to jowl with story lines all week, there were scarcely any about the Iowa-raised pro until he actually raised the Claret Jug after surviving a four-hole playoff. 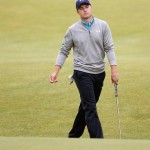 The biggest story lines surrounded Spieth, who was chasing the first Grand Slam, and he darn near snatched the glory. Despite four-putting the 8th green on the final day, the two-time major winner bounced back with consecutive birdies and, after dropping on bomb on the 16th hole, joined the leaders at 15 under par. The Under Armour spokesperson narrowly missed making par on the Road Hole; could not convert for birdie on the last; and missed the playoff by a single stroke. In a touch of class that should be remembered as much as his Masters and U.S. Open victories, the 21-year-old came down to congratulate the playoff competitors and stuck around for the tournament conclusion.

The next biggest story line was the weather, which precipitated only the second Monday finish in the Open’s 144-year history. First, torrential rains flooded the course. Following this, high winds stifled the tournaments for ten hours, placating modern equipment and the lust for players to achieve talk-worthy speeds. For better or for worse, it’s safe to assume that golf fans will never see a future Open performed in dramatic weather conditions. 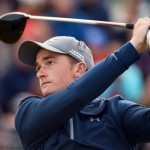 Another big story line at the Open Championship was the emergence of amateurs all over the leaderboard. Irishman Paul Dunne, who plays his golf out of the University of Alabama-Birmingham, tied for the lead after 54 holes and became the first amateur to sleep on the Open lead since 1927 when Bobby Jones did it.

On Monday, Dunne hoped to become the first player since Jones in 1930 to win the Open (and take a pass on that $1.8 million winner’s check). However, it did not work out as Dunne posted a rocky 78. He was actually passed by three amateurs, including Jordan Niebrugge who finished 6th to seize the silver medal.

Some story lines were good, while others were bad. 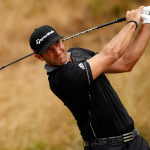 Everyone wanted to see how Dustin Johnson would react to his collapse at the 72nd hole at Chambers Bay in the U.S. Open. It seemed like he would do just fine during the first 36 holes, in which Johnson powered to the lead at 10 under. However, in the third round he shot a mystifying 75 and beat only one other player who made the cut.

The TaylorMade sponsored athlete followed that gem up with another 75 in the final round. Now everyone will want to see how Dustin Johnson reacts to meltdowns in the U.S. Open and the Open Championship when he tees it up at the PGA Championship, which will be at Whistling Straits where he has already imploded in a major before.

And you just can’t help but feel sorry for Jason Day. After a vertigo-filled Masters, he came within an inch or two of joining Johnson, Leishman and Oosthuizen in the playoff. The guy is really good, coupled by the fact that he’s one of the most likeable characters on Tour. It’s only a matter of time before Day earns himself a major title, but it looks like he’s starting to lose his patience…

And some story lines were downright ugly. 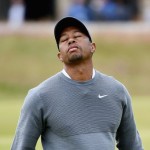 Tiger Woods chunked a sand wedge into the Swlican Burn on the very first hole and had shot himself out of the tournament before finishing the loop to head home on Day One. Afterwards, Woods claimed that he hit the ball well enough to win the tournament, but that his ball just wan’t flying through the wind. Tiger Woods, the greatest golfer of his generation, playing with no injuries is now the 258th ranked player in the world. In contrast, he left last year’s Open ranked ninth.

The golf stat of the week: Tiger Woods and Jordan Spieth have played 19 rounds in the same tournaments in 2015. In those 19 rounds Spieth has shot 110 strokes lower. Yes, these days the World Number Two would have to spot Tiger three shots a side to make a match of it.

Going into the final round there were 25 players within five strokes of the lead and throughout Monday the leaderboard was littered with major champions and Top Ten players. In the end, it was Johnson of the United States, Marc Leishman of Australia and Louis Oosthuizen of South Africa in an internationally-tinged playoff. Johnson made good-sized birdie putts at the first two holes and held on to become Champion Golfer of the Year. In the end, that is the only story that counts.