What Tom Watson Learned from the 1993 Ryder Cup 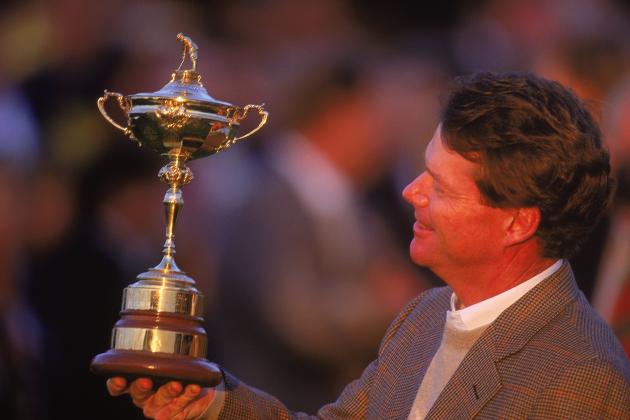 It’s been 21 years since the U.S. Ryder Cup team won the coveted tournament on European soil.  It was also 21 years ago that U.S. team captain Tom Watson led the Americans to victory during the 30th Ryder Cup matches at The Belfry’s Brabazon Course in England.

A lot has changed in the world over the last two decades, but the rivalry between the European and U.S. teams that have gone toe-to-toe with one another every two years since has stayed the same.

With Tom Watson returning to the birthplace of golf – leading the U.S. team at the 2014 Ryder Cup at Gleneagles, Scotland – one can’t help but wonder if he’s been reminiscing over his experience some two decades ago in preparation for the series that is teeing off September 26th.

Let’s take a look at the last time Watson led the U.S. team into victory across the pond to see what he can learn from his success back in ’93, when advanced driver technology was just coming into the world.

If Watson can take any one memory into this weekend’s Ryder Cup at Gleneagles, perhaps it should be that of Lanny Wadkins’ sacrificial sit-out during the last round of the 1993 Ryder Cup.

Wadkins was no stranger to the tournament, having appeared in seven Ryder Cups prior to being chosen by Watson as a captain’s pick for the ’93 matches.  Lanny’s talent as a professional golfer was a given, but his sportsmanship going into the third round of the ’93 Ryder Cup would solidify his place as a pro golfer that could put his teammates – and the country they were playing for – before personal gain and achievement.

The night before the singles matches – the final day of the Ryder Cup Series – European team player Sam Torrance had to have an infected toenail removed, thus forcing him to pull out of the tournament.  If you’re wondering what that has to do with the U.S. team, then read on.

According to Ryder Cup rules, if a player for one team finds that they cannot compete for the remainder of the competition, then the other team is forced to pick a player to sit out the rest of the matches to even the score.  That meant that Tom Watson would have to pick a Team USA Ryder Cup member to sit out Sunday’s matches.

Amazingly, Watson wasn’t forced to make the tough call on his own after Team USA’s Lanny Wadkins, who now plays on the Nike golf team, volunteered to sit out Sunday’s play, freeing up the rest of the players to give it their best.  Watson used Lanny’s sacrifice to the team’s advantage, reminding each player on Sunday what their teammate had done for them:

“Play this one for Lanny. And if you get down, just think what a fighter Lanny is, and that will help you get through a tough spot.”

Reminding each U.S. player what true sportsmanship and sacrifice for one’s fellow team members was all about may have very well been the driving force behind the U.S. team’s 15-13 victory overseas in ’93.

It’s no surprise that majority favoritism is going toward the European team at Gleneagles this weekend.  After all, Team Europe garners four of the six highest ranked professional golfers in the world, making them a force to be reckoned with.

However, one cannot discount the effect that being labeled an underdog can potentially have on Team USA’s demeanor, especially for a team representing a nation that began as underdogs in a war with the most powerful country in the world.

If Tom Watson can take anything from his experience at Belfrys in 1993, it’s that sacrifice, sportsmanship, and commitment to one’s fellow players are key elements of any team’s tournament success.

Here’s to hoping that Tom Watson and the underdogs pull off an upset this weekend at Gleneagles.