Dustin Johnson: Scammed Out of $3 million? 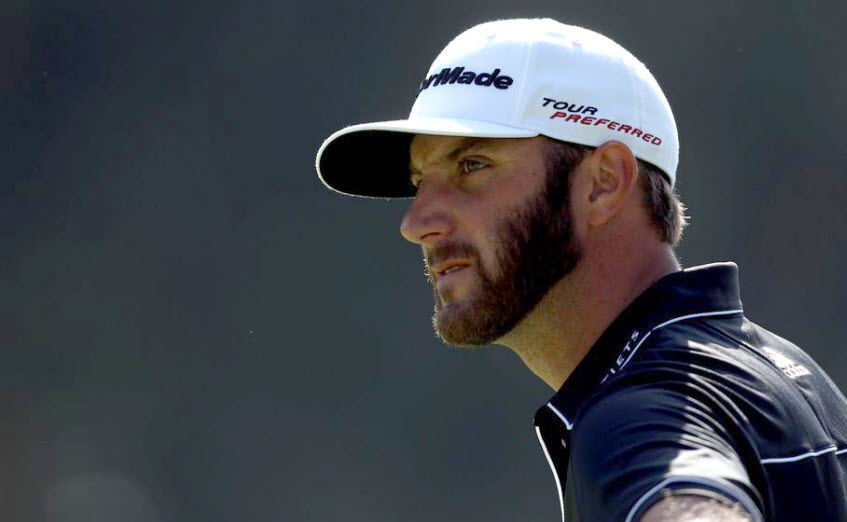 It’s a pretty safe bet to assume that Dustin Johnson and Nathan Hardwick won’t be hanging around and hitting golf balls any time soon.

That’s because Hardwick – Johnson’s former friend and adviser – is being accused of stealing $3 million of Johnson’s hard-earned money according to a lawsuit filed in federal court in Atlanta on October 28th.

Johnson’s longtime buddy isn’t the only person being implicated in the alleged extortion scheme, either.  The lawsuit accuses the Morris Firm, consisting of Mark and Gerard Wittstadt, along with former managing partner Hardwick who is no longer with the organization, of embezzling Johnson’s money to cover account losses within the firm that were caused by Nathan Hardwick.

The lawsuit details a relationship of trust between Johnson’s longtime advisor and counselor Hardwick, and the financial investments that Johnson was talked into making with the firm, along with the Wittstadt brothers.  According to court papers, Hardwick was the primary actor in the extortion scheme, convincing Johnson to put up his money for an investment that was too good to be true.

Of course, the initial filing is just the beginning, as the Wittstadt brothers have promptly filed court papers of their own in an attempt to tell their side of the story.

So was Dustin Johnson really coerced out of $3 million?

Johnson’s story is one that tends to coincide with success, wealth and fame quite often:  As long as successful people have money, a “friend” will always be close by to help them spend it.

Hardwick, who was once listed as Johnson’s “attorney/counselor” on his website (it seems that the Alliance of Financial Professionals have taken his place) is being accused of talking Johnson out of a seven-figure sum, convincing his longtime friend to invest $3 million with his firm in exchange for a $1 million return.  The full amount, $4 million, was to be paid back over the course of 30 months.

The problem was that, according to the suit, Hardwick never had any intentions of investing the money for Johnson, instead using the funds to “cover up the fact that they and the firm had misappropriated and mismanaged client assets.”

The suit also accuses Mark and Gerard Willstadt – who supposedly guaranteed the security of the investment – of conspiring with Hardwick in the scheme, as well as threatening to disclose private information about Johnson once he requested the repayment of his money.  Johnson decided to sue after failing to receive the promised monthly payments in both September and October of this year.

Of course, the brothers Willstadt aren’t staying silent regarding the situation, and have since filed court papers of their own in retaliation to what the lawyers have described as Johnson’s “shotgun filing,” which allegedly was intended to cover any party that may or may not be responsible for his losses, with complete disregard for what could actually be proven.

According to the Willstadts, they are just as pained by Nathan Hardwick’s actions as Johnson is.  The court papers cite Johnson’s grievances with Hardwick while recognizing the fact that Johnson put all of his faith in the word of a man that misappropriated his funds without first seeking the counsel of the firm.  The court papers go on to say that, “Everything else asserted by Johnson consists either of patently false and irrelevant ‘facts,’ or completely unsupported, inactionable, conclusory statements.”

So who is really to blame for Dustin Johnson’s $3 million loss?  It would have been too simple to think that Johnson’s initial court filing was actually going to be the conclusive action in this story of friendly financial counseling gone wrong.  It’s something that happens all too often when wealthy individuals rely on trusted advisers and friends to handle large portions of their finances for them.

Unfortunately, as is the case in many of these situations, the money in question is rarely recovered.  Let’s hope that Dustin Johnson won’t be forced to sell his TaylorMade clubs any time soon and has a little stashed away in a secure location—far from any “trusted advisers.”