From Annika Sorenstam’s ceremonial opening drive, to a panel discussion that included entrepreneur and golf-course developer Donald Trump, to the huge displays erected by the game’s major manufacturers, the 61st PGA Merchandise Show got off to a rousing start Wednesday.

And so did the staff of Golfballs.com, who were involved in a never-ending series of meetings with major golf manufacturers. Those meetings will turn into providing the newest and most popular golf equipment to our customers at the lowest possible prices.

In addition, the Golfballs.com staff conducted interviews with some of the top research and development personnel in these companies on the Show’s first day. Those interviews are available on the site, and will give updates on the newest equipment from these leading manufacturers.

Wednesday was the PGA Merchandise Show’s first full day, after Tuesday’s Outdoor Demo Day was prematurely ended by rain and windy conditions. The weather pushed back some of those meetings and interviews until Wednesday, which made for a busy day.

Over 41,000 PGA professionals, manufacturing executives, VIP retailers and industry leaders from all 50 states and 75 foreign countries are taking part in this year’s Merchandise Show. They’re getting the first looks at new products and technologies and getting the opportunity to test out that equipment hands-on.

Bridgestone, Callaway, Cobra, Nike, Ping, TaylorMade and Titleist are rolling out their latest innvoations, while Adams, Aldila, Cleveland/Srixon, Mizuno, Wilson and many others are unveiling full 2014 product lines.

It amounts to nothing but good things for the golfer and consumer, who will see those latest innovations showing up here at Golfballs.com in the very near future. 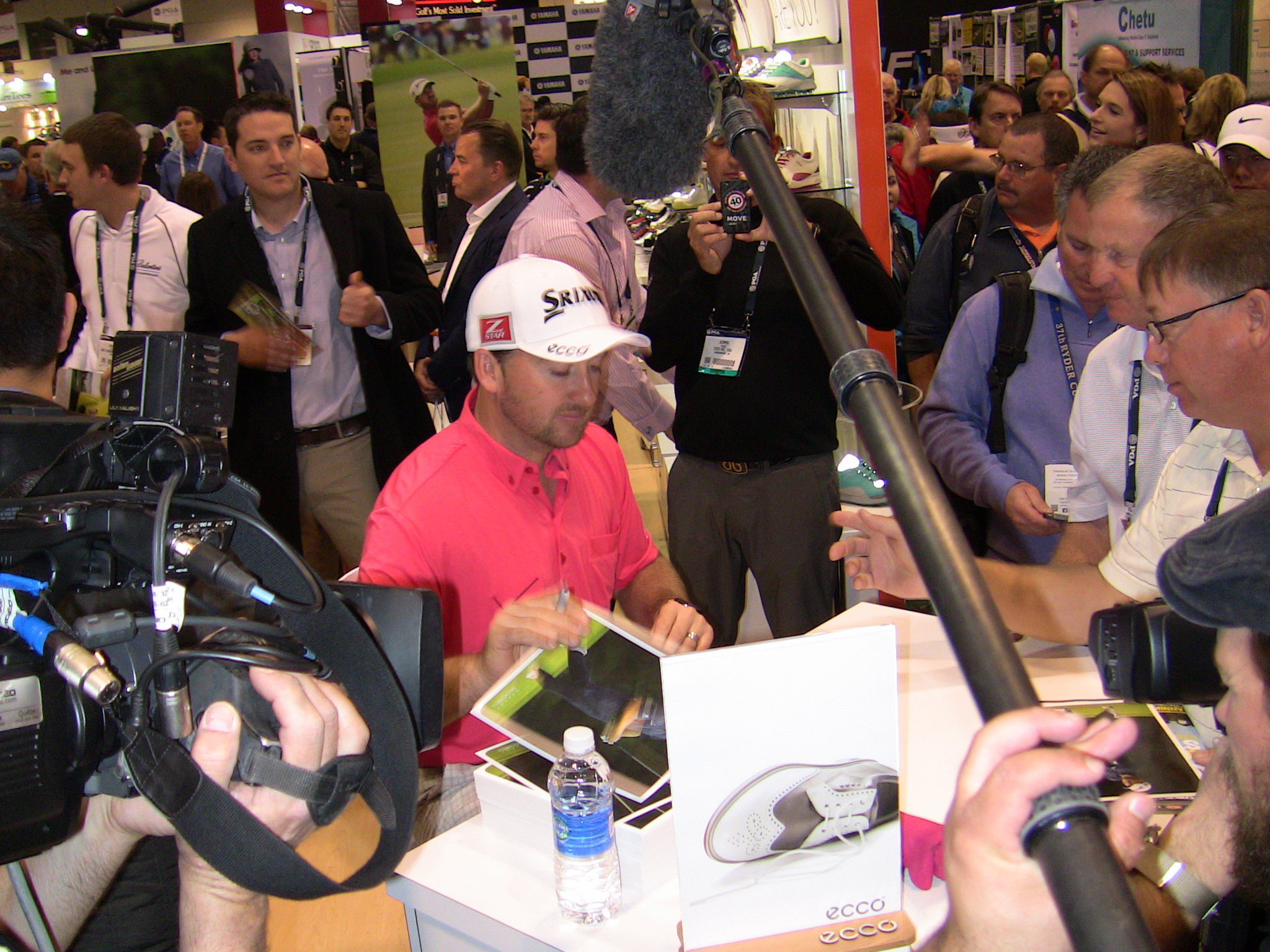 PGA Tour professional Graeme McDowell was one of the many golf celebrities on hand for the first day of the 61st PGA Merchandise Show.